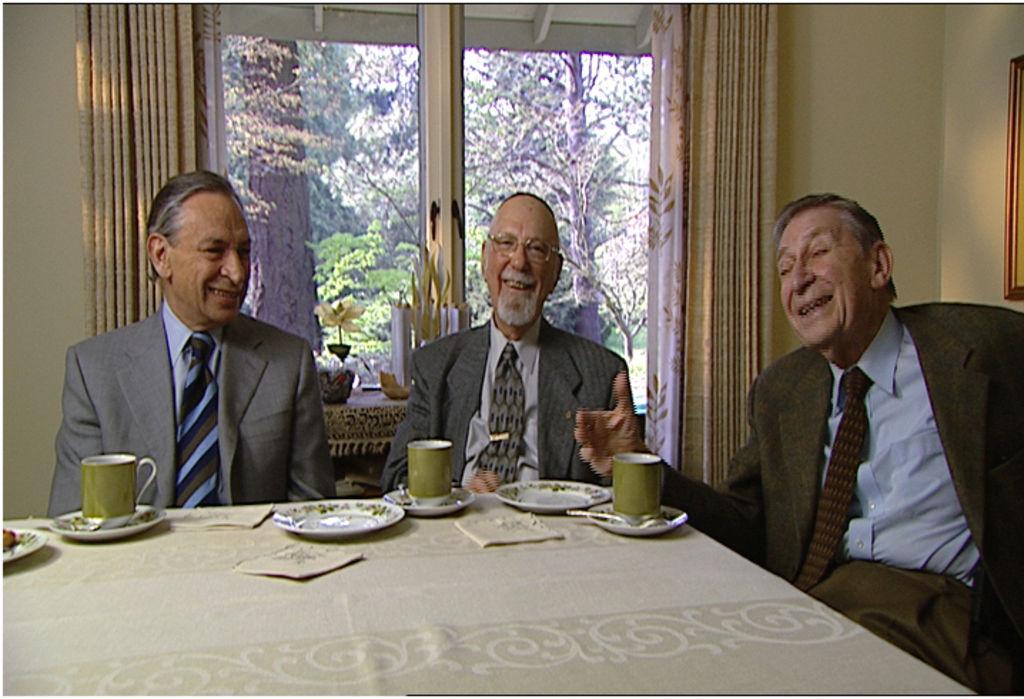 Beginning in the 1950s, when Portland had far fewer coffee shops and most people had never touched a computer, three men arrived, all with the same vocation, to begin work that would impact the lives of thousands of Oregonians. All three would witness, and even play a role in, some of the most significant societal changes of the 1960s through the 1990s from a unique vantage point: they were rabbis, here to lead their congregations into the 21st century.

Fifteen years ago, OPB interviewed all three men for a documentary about their lives and work. With the passing of all three, they look back on the making of the film, with an eye to their enormous impact in Oregon, and how the world has changed in the last fifteen years.

Produced in 2005, OPB’s documentary, “The Three Rabbis,” examines the extraordinary contributions of these three rabbis to Oregon through education and leadership, weaving in their outreach to other faiths and their numerous civic endeavors. It also confronts the tremendous change and conflict within both the religious and secular world at the time. Through interviews and historical accounts, “The Three Rabbis” tackles the important issues of the era from discrimination, civil rights, feminism, Israel and more.
The driving force behind the creation of this project was Gloria Feves Hammer, a Portland educator. She saw this documentary as a tool to help the community embrace diversity by telling the story of the last half-century through the eyes of Jewish people and through the voices of the rabbis that she remembered so vividly.

“I am overwhelmed that so much time has passed, and it all seems to have gone by so fast,” says Gloria. I would have to say my friendship with past Federation President Charlie Schiffman, who we lost several years ago, believed in my project from the onset. His guidance and encouragement was a gift.”

Gloria’s relationship with the rabbis began when she was a little girl in the early ’60s living outside Portland. “They were my rabbis,” she says. “We had no extended family, so it felt like they were part of my family.”

As life progressed, Gloria always felt that the rabbis were unique. “There was no other place in the United States where three men came from across the country as clergy to the largest populations of Jews in the Reform, Conservative and at that time, Orthodox synagogues. And these men were still on their pulpits almost a half-century later. This was a story that I felt needed to be documented.”
The documentary includes excerpts from a two-hour roundtable interview with the rabbis, interviews with the rabbis and their wives, an interview with a young couple who represented the modern face of Judaism and a woman who, at age 97, provided context on the Jewish experience in Portland across the last century.

“One of my favorite gifts is the letter Rabbi Stampfer sent,” says Gloria. “He expresses that when I came to him with the idea that he was impressed, but he really felt that it was beyond my reach. He congratulates me and says, ‘All credit to you.’ It makes my heart sing.”

The “Three Rabbis” will be shown in early April on Oregon Public Broadcasting.

The program will also be available to watch online on April 6 at watch.opb.org.