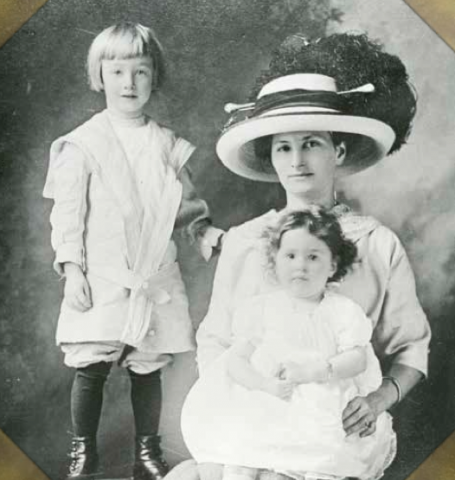 The Oregon Jewish Museum is looking for a few more “History Detectives” – people who can unlock the stories behind OJM’s “mystery photos.”

“In the photo of President John F. Kennedy – who is he with, and why do we have the picture?” she wonders.

Three of the young women in a group photo from the 1960s have been identified, Prahl notes, “but we don’t know why they are a group, where the photo was taken
or who the rest of them are.” In that photo, the group includes, from back left, Ruth (Cohen) Roth and Julie Levin, and – back row, at right – Sally (Spring) Lonn.

The mystery photos span the history of Oregon’s Jewish community – from the studio portrait of the elegant young mother with two of her children to the more contemporary photo of (presumably) a grandfather and grandchild.

“We’re really grateful for the community’s help with this – and with everything that the museum does,” Prahl says. “Identifying a piece of someone’s history is an important contribution to telling the story of Jews in Oregon.”

If you have information about any of these photos, contact Anne LeVant Prahl at curator@ojm.org. She’ll be delighted to hear from you.

Ken Klein’s “Almost There” is Winning Awards and Recognition