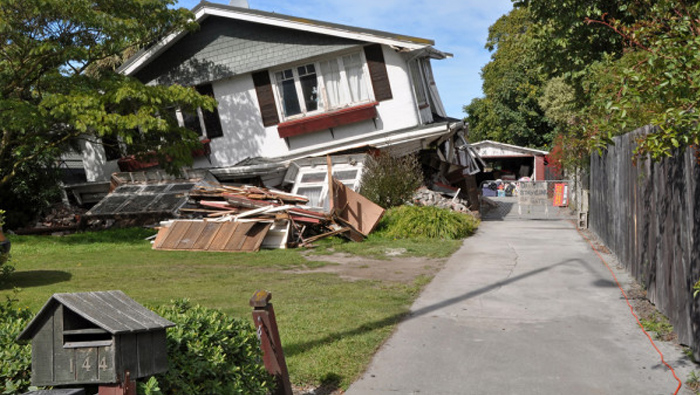 When Israel recently donated earthquake-proof tables to Taiwan, Oregonians were impressed.  Created by a Bezalel Academy of Arts and Design student, the tables shield two people from being crushed by debris during disasters such as the 6.6-magnitude earthquake that killed 117 people in Tainan in February 2016 (See story).

The issue hits close to home. According to a July 20, 2015, New Yorker article by Kathryn Schulz titled “The Really Big One,” the odds of an 8.0–8.6-magnitude earthquake in the Pacific Northwest are one in three during the next 50 years. The odds of an 8.7–9.2-magnitude earthquake during the next 50 years are about one in 10. Known as “The Really Big One,” FEMA estimates that roughly 13,000 people would die and 27,000 would be injured in the worst natural disaster in Northwest history.

The graphic article describes what to expect: homes sliding off their foundations; refrigerators, water heaters and furniture crashing; half of all bridges and two-thirds of railways and airports destroyed along with groceries, gas stations and the entire power grid. In 2011, the 9.0 magnitude Tohoku earthquake and subsequent tsunami killed more than 18,000, devastated northeast Japan, triggered the Fukushima power plant meltdown and cost about $220 billion.

Still, Schulz writes, “those who are at home when (the earthquake) hits should be safest; it is easy and relatively inexpensive to seismically safeguard a private dwelling.”

So, what can you do to mitigate the devastation?

“Your home’s age determines how well it will withstand an earthquake,” says Steve Gemmell, the owner of Earthquake Tech (earthquaketech.com, 503-282-4424), a Portland company that specializes in seismic retrofit. “It wasn’t until 1976 that Portland adopted a building code that required wooden structures to be connected to their foundation. The wooden structure of anything built before 1976 will bump right off the foundation.

“There is no such thing as earthquake proof,” he continues. “No matter what you do, the building will be affected. The main thing is to connect the foundation of your house to the wooden structure. You should also get your gas line protected. We have valves that close when they sense movement.”

Even homes built after 1976 could require further work, according to Gemmell. “As Portland developed, so has the building code,” he says. “Since 1976 there have been many changes. We go into homes built in the ’90s and add plywood and metal connections. Many decks were built without taking the solidity of the connection to the house into consideration. We also do nonstructural retrofitting of appliances and bookshelves. If your home was built after 2000, there’s not much that would warrant a structural retrofit.”

The cost and time involved in a seismic retrofit varies according to size and other variables. “A modest-sized home takes one day,” Gemmell says. “Most bids are between $3,000 and $6,000. It can go up in large homes, or with complications like asbestos siding. A gas valve alone is about $600.”

Like many homeowners, Gemmell hopes for the best and plans for the worst. “I bolted my house down,” he says. “It’s going to be traumatic for everyone and hard to live though while we wait for help. We won’t have gas, electricity, roads – and how about food and water?”