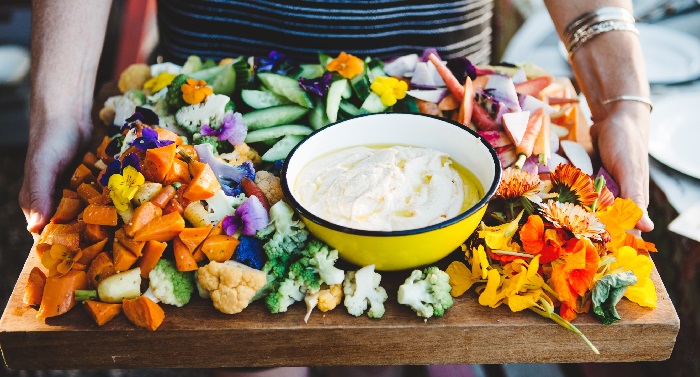 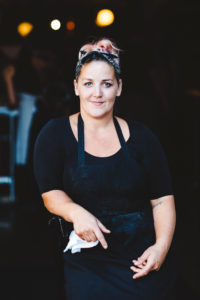 California-born chef Sarah Schneider took a circuitous route to end up in Portland. After growing up in San Francisco, she moved here to attend culinary school, but soon found herself back in the Bay Area, where she worked at famed restaurant Foreign Cinema.

“(Chef) Gayle Pirie helped me develop my flavor profile,” Sarah says. She went on to hone her pastry skills at CatHouse in Las Vegas and cook on a cruise ship. The chef then became an expert in whole-animal butchery, working at the famed Marlowe & Daughters deli in Brooklyn, and she also helped open a restaurant in upstate New York. However, the West Coast called her back, and she moved to Portland three years ago to serve as sous chef at Renata. Currently, Sarah reigns as the “kitchen queen” at The Nightwood Society, a unique place that operates as both event space and community center. The chef is increasingly in demand; last month, her talents were featured at two Feast Portland events.

The woman-owned-and-operated Nightwood Society, which seats 72, hosts everything from bar mitzvahs (“We have two coming up,” says Sarah) to cookbook launches to kids’ cooking camps. “We are an event space, so we are able to do a number of different things,” explains Sarah. “We have had weddings and different community-building events … Nike might come in and have a class. We had a birthday party recently for a gentleman’s 40th, and he wanted his family and friends to come in and cook different parts of the dinner. So we set up different stations, and everybody got to make pasta and cook fish and stretch mozzarella.”

Earlier this year, Sarah teamed with Kachka’s Bonnie Morales at the space to cook a giant Passover seder. “I made matzo ball soup, because that was always my job with my family. I made brisket as well, really yummy, low and slow, smoked for eight hours and then braised for eight hours.” 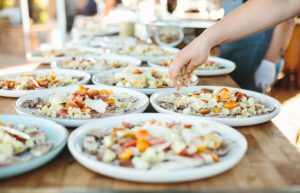 Sarah was originally inspired to cook by her Jewish paternal grandmother, who took her to Paris when she was 20. “She showed me a new side of food and beverage and got me into the idea of being a chef. I learned a lot of the tricks of the trade from my nana; schmaltz saved my life!”

When asked about her future plans, Sarah says, “People are always coming up to me and saying, ‘Oh my goodness, what did you make, what is this, give me this recipe!’ One day we’ll get a cookbook out there.” She is also interested in spreading the concept of The Nightwood Society to other cities.