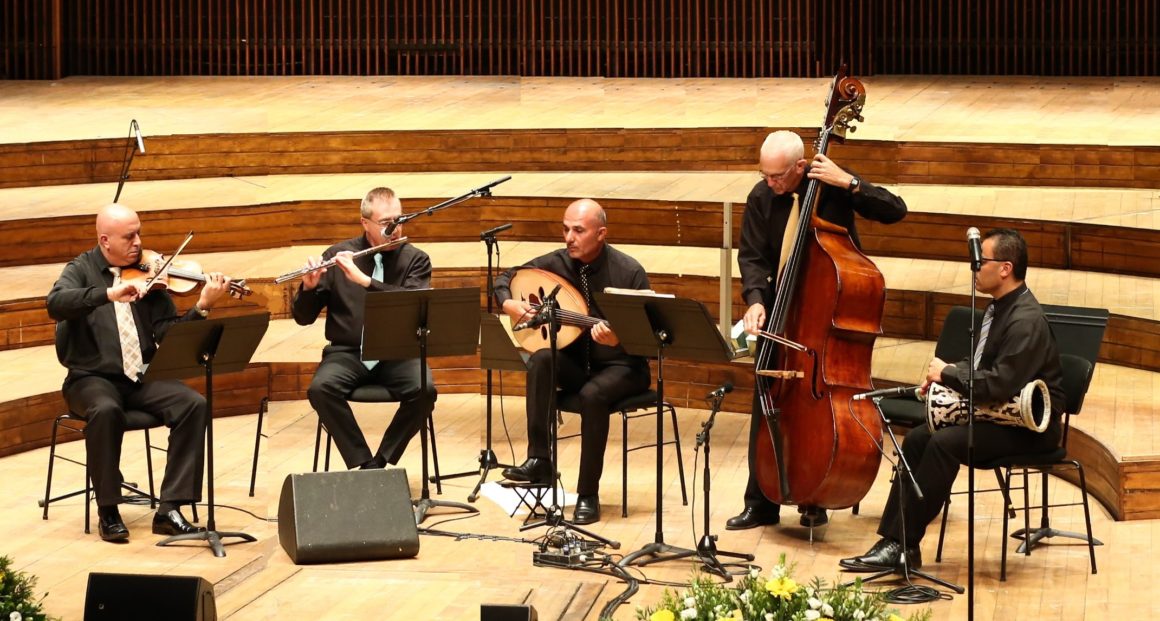 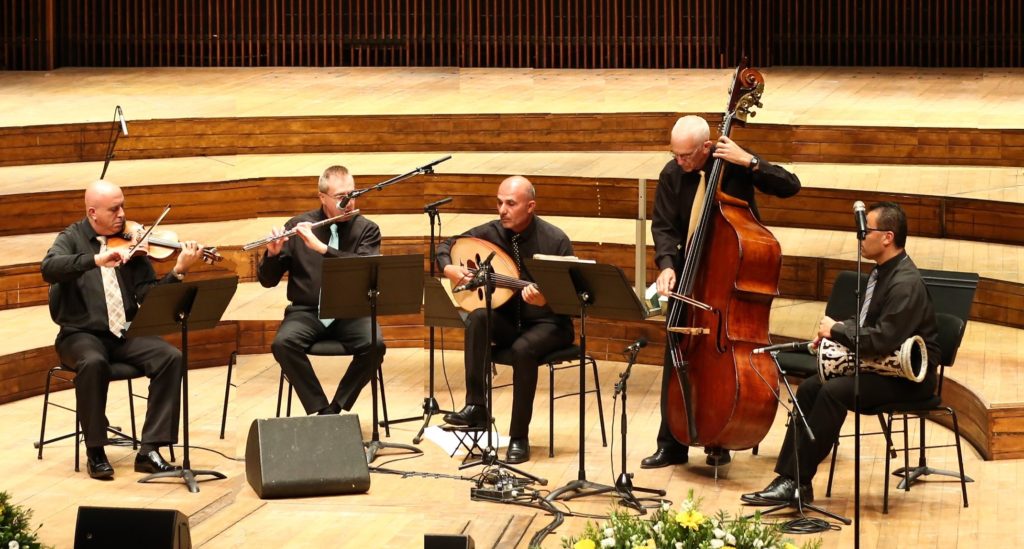 The tour began March 23 with four concerts at the AIPAC Policy Conference in Washington, DC. The ensemble will perform in Philadelphia and California before coming to Portland. Congregation Beth Israel hosts the ensemble for a free concert at 7 pm, April 9.

Shesh Besh, which was created as part of the IPO’s KeyNote music education program, includes three IPO musicians and four of the most renowned Arab musicians in Israel. Shesh Besh’s music weaves together traditional Oriental material with works by Bach, Dvorak and Saint-Saëns, as well as original compositions by Jewish and Arab composers, leading audiences on an immersive music journey across cultures.

On the tour will be longtime IPO Principal Bassist Peter Marck, who plans to retire this year after 45 years with the orchestra; as well as IPO Principal Flutist Yossi Arnheim; Aziz Naddaf, who plays the tablah; Sami Kheshaiboun, who plays the Eastern violin; and Michael Maroun on the oud.

The ensemble received the European Medal of Honor-Prize for Tolerance in 2006 for their vision and commitment to Israeli-Arab relations.

'Arab-Jewish ensemble ends U.S. tour in Portland' has no comments