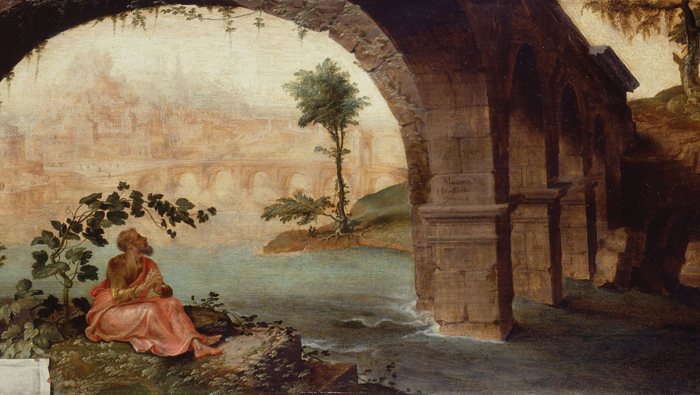 Before I moved to Israel I was always puzzled by the ending to the Book of Jonah, read on Yom Kippur as part of the mincha service. As you might recall, Jonah is upset at God for pardoning the city of Nineveh, and he says: “Please, Lord, take my life, for I would rather die than live.” Jonah then goes to the outskirts of Nineveh, builds himself a hut and looks out upon the city (perhaps hoping that the people would backslide into sin and thus destruction). God causes a gourd to grow, and Jonah “was very happy about the plant” because of the shade it provided him. But the next day God causes the gourd to wither, “and Jonah begged for death, saying, ‘I would rather die than live.’”

I could never understand Jonah’s reaction to the gourd. OK it gave him shade, but wasn’t he laying it on a bit too thick with this business of wanting to die when the gourd shriveled up? Then I moved to Israel and started hiking around the country, and I learned that the difference between full Mideast sun and a nicely shaded area is, well, striking. There are days when to stand in the sun is to feel like the heat is being bored into you, and yet if you make it to a shaded sanctuary suddenly the weather seems pleasant; the breeze that had seemed ineffectual only moments before is now cool and refreshing. I learned to always be on the lookout for shaded areas, and I even have a scar just below my right pinky as a souvenir from a shade-hunting sortie that ended badly (let’s just say that it’s a good idea to obey all “stay on trail” signs). So it was only after making aliyah that I really understood Jonah’s reaction to the death of the gourd.

Of course God didn’t create the gourd just to teach Jonah shade appreciation. As my teacher Rabbi Lior Engelman writes, with the appearance of the gourd “something deep and hidden within Jonah cries out thirstily for life. Jonah, who had hoped for death [because God did not destroy Nineveh], now finds bubbling up inside of himself a yearning for life, and it is the gourd that has allowed this yearning to appear.”

Jonah now understands why God saved Nineveh. As the classic commentator Rabbi David Kimchi (1160-1235) notes, the relationship between the two situations is clear: Jonah cares about the gourd “because of his own pain, and just so Blessed God cares about Nineveh because of His own honor.” God allows Nineveh the time to repent because to destroy Nineveh would be to destroy part of God’s honor, for after all, as Rabbi Engelman explains, “God’s appearance in this world is through the living things that He created, and so the destruction of Nineveh would be a negation of the appearance of the glory of God.” Just as Jonah, thanks to the gourd, does not want to die, God does not want His presence in this world to diminish, and such would have been the case had the large city of Nineveh been destroyed.

I will close here with some final thoughts from Rabbi Engelman, which I think nicely capture the connection between Yom Kippur and the Book of Jonah: “Yom Kippur is a day when the spirit of pardon and forgiveness blows through the world. A day for the renewal of the trust between the Master of the Universe and the creatures of His world. A day when the honor of God increases because of the good that is victorious in His world.”