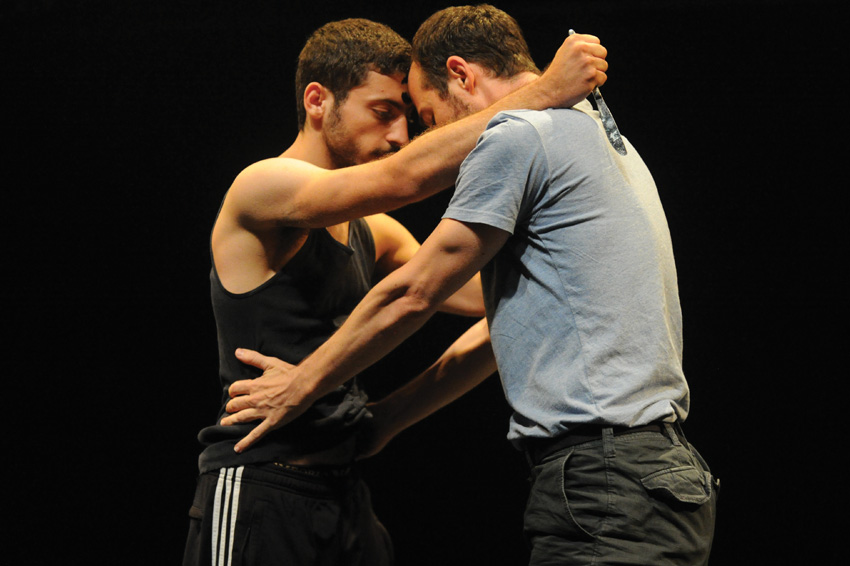 Portland has a reputation for the vibrancy and diversity of its dance scene, and fans of contemporary dance in particular have long known something Portland’s Jewish community may be only just now discovering: Israel is a hotbed of bold, innovative and critically acclaimed contemporary dance. What’s more, you don’t have to travel to Israel to experience it.

White Bird, a Portland-based dance presentation and commissioning company co-founded 18 years ago by Walter Jaffe and Paul King, has been championing Israeli dance in Portland for over a decade. This month White Bird presents “New Voices in Israeli Dance,” featuring Hillel Kogan, rehearsal director for the renowned Batsheva Dance Company, along with a newly commissioned work from former Batsheva dancer Danielle Agami. Performances will take place at Lincoln Hall on the Portland State University Campus March 19-21.

“Israel has one of the most vital dance scenes in the world,” says Jaffe. “The energy and physicality of the movement makes Israeli dance stand out.” Jaffe goes on to describe Israeli contemporary dance as “full-out, visceral and often humorous.” The extroverted quality of Israeli choreography, coupled with its in-your-face power and dynamism, reflects some well-known aspects of the Israeli national character.

In a September 2014 interview with Funzine, Kogan describes “We Love Arabs” as “a political satirical dance-theater piece, which tells the story of a Jewish choreographer who works with an Arab dancer. Together they are trying to create a piece with a message of co-existence and of peace between Arabs and Jews.” Jaffe adds, “It sounds polemical and political, but there’s great humor and irony in it. ‘We Love Arabs’ overturns many cultural assumptions we have about Arabs – that they’re all Muslim, for example.” Kogan continues, “Usually ‘political art’ is very serious, but my piece deals with very serious subjects with humor and irony.” Kogan, who performs the part of the choreographer with his former dance student, Adi Boutrous, taking the part of the Arab dancer, notes that not all Jews and Arabs hate one another. “There are many Jewish people, like me, who are willing for a better future between Jews and Arabs, in Israel and worldwide. There is some collaboration and friendships between Arabs and Jews in Israel in many fields: arts, education and politics. Usually the international media shows only the conflicts, so people not from Israel think that there it is only war between Arabs and Jews, but it is not right.”

Jaffe is equally excited about the dance White Bird has commissioned from Agami. “She started with Batsheva, formed her company in Seattle and is now based in LA,” he says. “The dance is in the process of being created as we speak, so I can’t describe it, but we asked her to play off the multicultural theme of Hillel’s piece.” Agami and her ensemble, Ate9 dANCEcOMPANY, have received an impressive amount of critical acclaim in just a few years, and many consider her an artist to watch.

A post-show moderated discussion will follow each performance, featuring Mittleman Jewish Community Center Executive Director Steven Albert on Thursday, March 19; a professor from PSU’s Judaic Studies program on Friday, March 20; and a representative of Portland’s Arab-American community on Saturday, March 21. “We’re promoting these performances as a three-part evening: two dances plus a conversation,” says Jaffe. “We bring in a lot of dance that stimulates discussion, so we wanted to have the opportunity for the audience to give feedback. We think this particular program is going to generate a lot of interest.”

The MJCC is hosting a free program on Sunday, March 22, at 3 pm, after the performances at Lincoln Hall. Kogan and Agami will discuss their work and show clips from the performances. MJCC members receive a discount on White Bird tickets to the performances themselves. Go to whitebird.org or oregonjcc.org for more information.