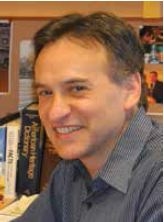 We Jews have good reason to worry. We worry about all sorts of threats: the threat to Israel of a nuclear-armed Iran; the threat of terrorism against vulnerable Jewish institutions; the threat of anti-Semitism, which is on the rise in Europe; and the threat of assimilation, which, here in the diaspora, is diminishing our numbers.

We are also facing another, perhaps much more serious threat, yet many, if not most, of us don’t seem worried at all. That’s because: a) this threat isn’t only of concern to the Jews; b) the problem isn’t necessarily thought of as a core “Jewish” issue; c) there’s a concerted corporate lobbying effort in the United States to convince us that the threat isn’t real; and, most significantly, d) the consequences of our inaction, we mistakenly tell ourselves, are far into the future.

I’m talking about global warming, or euphemistically speaking, climate change. An August report issued by the American Meteorological Society, which was compiled by 384 scientists from 52 countries, cites 2012 as among the 10 warmest years on record and indicates that heat-trapping greenhouse gases are climbing, sea levels are rising and Arctic sea ice is melting. Put bluntly, our planet is getting hotter more rapidly than at any time in recorded history.

As a result, we’re already witnessing more severe storms, extreme heat waves and flooding, prolonged droughts and devastating wildfires all across the globe. Apparently, however, these alarming conditions aren’t enough for a critical mass to take the threat of global warming seriously. Meanwhile, other, more gradual effects lead to even deeper complacency.

Several years ago, for example, I traveled to the Athabasca Glacier in the Canadian Rockies, the most visited glacier in North America. Having also been to Athabasca 30 years earlier, I could discern the slow but steady melting that had occurred in the time between visits. In fact, since the late 1880s, the glacier has receded more than 1.5 kilometers.

True, we’re talking about a period of 125 years, meaning the glacier is receding on average a “mere” three centimeters per day. That hardly sounds like a reason to panic. Experts predict, moreover, that at the current rate of melting it would still be a few centuries before the glacier disappears altogether, thus ostensibly giving us ample time to reverse global warming.

Or does it? Such complacency is dangerous because it fools us into believing we can procrastinate. The extreme rate at which carbon dioxide is rising in our atmosphere is 75 times faster than in the pre-industrial period. According to Bob Ward, policy director at the Grantham Research Institute on Climate Change at the London School of Economics, “We are creating a prehistoric climate in which human societies will face huge and potentially catastrophic risks. Only by urgently reducing global emissions will we be able to avoid the full consequences of turning back the climate clock by three million years.”

The United States comprises just 4.5% of the world’s population yet produces 25% of all heat-trapping gases. If any country bears a heavy moral obligation to take action, it’s us. President Obama’s plan, announced in June, to impose strict standards for carbon emissions from power plants while accelerating investment in renewable energy is an important, if belated, step forward, but it will have to overcome tough opposition from Congressional Republicans who believe it will have a chilling effect on the economy, not the environment.

In the Jewish community, I’m astounded by those who insist that climate change isn’t a Jewish issue. “Don’t we have bigger fish to fry?” they ask. My response: It’s the Earth that’s frying –saving it and preventing human suffering can no longer take a back seat to other issues.

As long as Jews live on this planet, the environment will be a Jewish responsibility. In addition, there’s the potentially devastating impact of global warming on the Jewish state. Some Israeli climatologists predict that even a modest increase in overall temperature could lead to shortened rainy seasons, more extreme weather events and, ultimately, the expansion of the Negev desert by as much as 200 kilometers to the north. Clearly, failure to heed the warning signs of climate change will have disastrous consequences. As Abraham Lincoln once poignantly said, “You cannot escape the responsibility of tomorrow by evading it today.”

Robert Horenstein is director of community relations for the Jewish Federation of Greater Portland and a freelance writer.