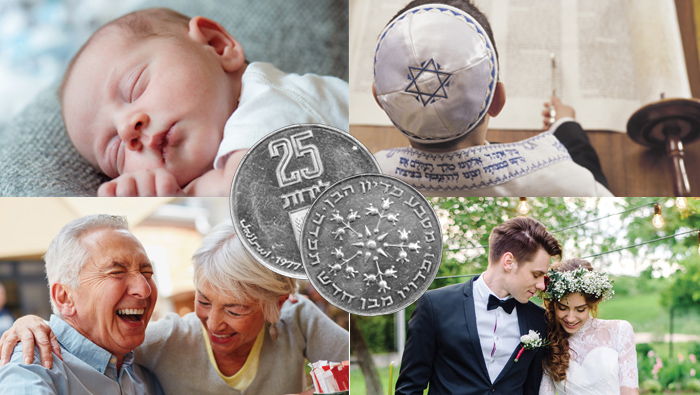 A series of rituals guide Jewish families and individuals through each stage of life. With the exception of the rituals surrounding death, each of the following stages is often accompanied by festive celebrations. Even the rituals surrounding death bring the community together to remember and honor the deceased and to support their family. The following guide is adapted from stories in our archives.

The first major ritual for a Jewish child is the naming. Jewish children are given Hebrew names in addition to their English names. A boy receives his Hebrew name at the brit milah (bris), the circumcision of the male child, performed on the eighth day after birth. The circumcision is performed by a highly trained person called a mohel or, if a mohel is unavailable, by a Jewish doctor under the supervision of a rabbi. The baby girl is named at a simchat bat, which has no strict traditions allowing parents to create their own ceremony for welcoming their daughter into to the Jewish community.

There is a ritual for a boy who is at least 30 days old to be “redeemed” with silver coins by his father through a Kohen (one of Jewish priestly ancestry). This ritual is only performed for firstborn boys who were born naturally (no C-section). If the father or mother is the child of a father who is a Kohen or Levite, the pidyon haben is not required.

For many boys, their first haircut is at 3 years of age. This ceremony is called an upsherin. It is a joyous occasion marking a boy’s transition from only being able to receive to now being able to give.

The formal rite of passage into adulthood for Jewish boys and girls is celebrated when they become a bar or bat mitzvah (son/daughter of the commandment). For both boys and girls, reaching the age of bar/bat mitzvah means they are considered “adults” according to Jewish law, and are responsible for their own actions regarding Jewish ritual, religious laws, traditions and ethics. A boy becomes a bar mitzvah on his 13th birthday; a girl is considered a bat mitzvah, in Orthodox and Conservative Judaism, when she reaches the age of 12; in Reform Judaism, at the age of 13.

A Jewish wedding is a powerful Jewish ritual that serves as a reminder of the power of love and union. There are a few stages to a traditional Jewish wedding: erusin/also called kiddushin (betrothal on the wedding day), ketubah (statement of obligations), chuppah (the wedding canopy), nesuin (marrying with a ring and witnesses), yichud (marital seclusion, an Ashkenazic custom in which the bride and groom spend 10 to 20 minutes in a private room) and sheva brachot (the seven blessings and celebrations). The breaking of the glass at the conclusion of the ceremony has been interpreted by many to symbolize the remembrance of sorrow at our moment of greatest joy. It reminds us that life consists
of both joy and sorrow.

It is a privilege to become an elder – to grow in wisdom and have the capacity to share it with others. As we reach milestones along the road from young adult to elder, Jewish traditions offer opportunities for celebration. Draw on Jewish traditions and blessings to make milestone birthdays, grandparenting, menopause, becoming an elder and retirement more meaningful transitions.

For instance, becoming a grandparent is a good time to reflect on Psalm 128: And you [will be blessed] to see your children’s children / And there will be peace for all of Israel.

Retirement, mandatory or joyously embraced, is a fact of modern living. Celebrate what lies ahead. Retirement provides a golden opportunity to learn and grow. For adults who never celebrated becoming a bar or bat mitzvah, many congregations offer opportunities for adult b’nai mitzvah study and celebration. Adults who reach the age of 83 may choose to celebrate a second bar mitzvah, in recognition of living 13 years after the traditional allotted lifespan of 70 (Psalm 90:10).

The Torah considers old age a virtue and a blessing. The Torah commands us to respect all elderly. “Before an old person you shall rise.” (Leviticus 19:32).

Abraham and Moses are perfect examples of the wisdom that accumulates through life experiences and the continuation of the spiritual journey. Our elders still have riches to share that will benefit the next generation.

“The ritual of marriage is not simply a social event; it is a crossing of threads in the fabric of fate. Many strands bring the couple and their families together and spin their lives into a fabric that is woven on their children.” 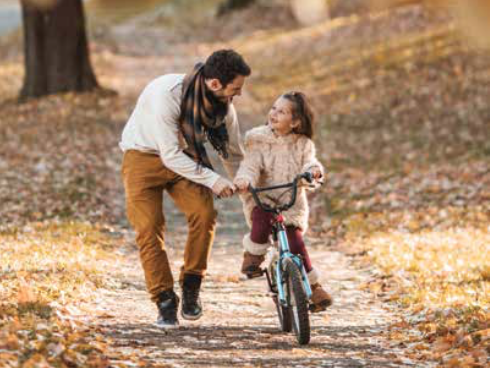