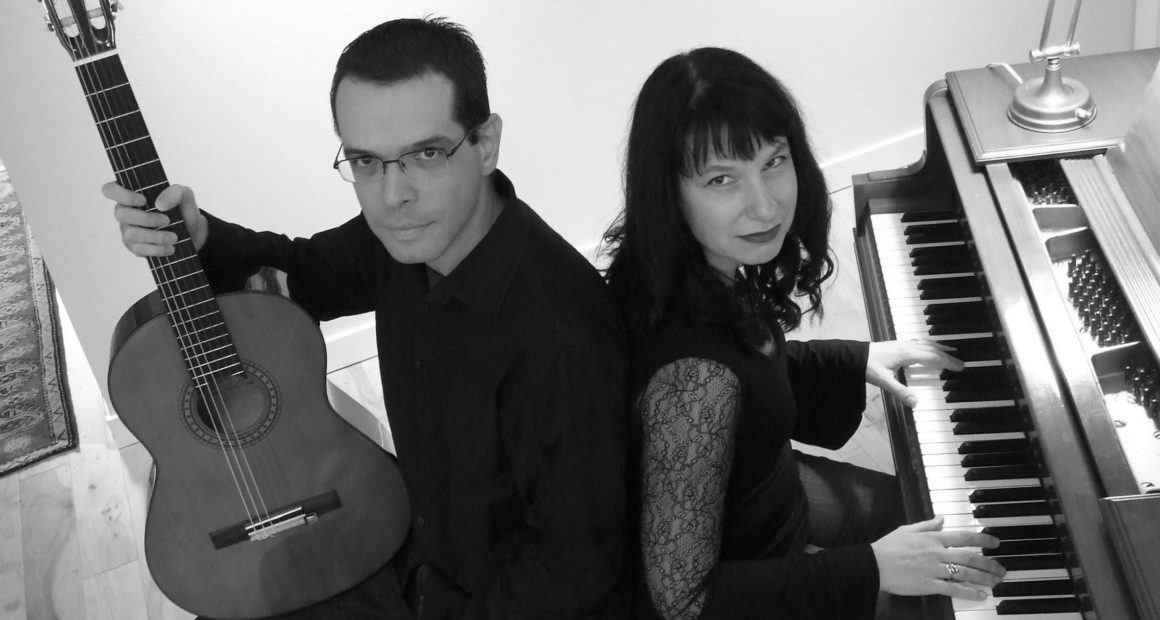 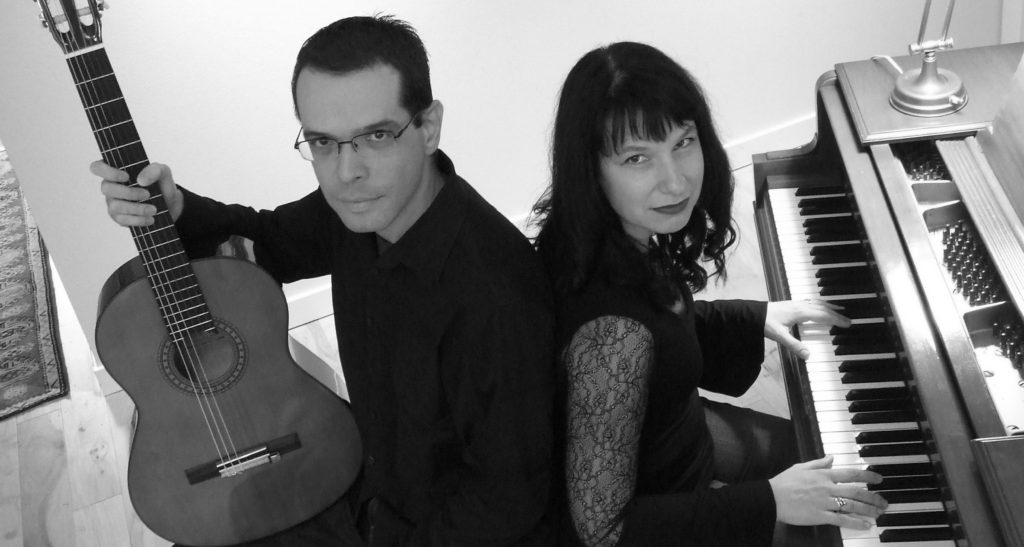 Jewish classical pianist Florence Deutsch began playing piano in her native Romania at age 6.  Raised in Rio de Janiero, Brazil, Sergio Botelho has been playing the guitar since age 10. As Duo Becar, the musicians will perform at the 11th annual Sounds of Brazil PDX March 31.

The daughter of a child survivor of the Holocaust, Florence grew up in Communist Romania, where the family had to practice Judaism in secret.

“I grew up in Transylvania surrounded by German and Hungarian minorities, and I attended a total immersion German school in Romania all through high school,” says Florence. “I felt like Kafka, exposed to so many cultures yet not belonging anywhere.”

“But my parents did instill a sense of Jewish identity in my brother and me,” she adds. “My brother had his bar mitzvah done secretly at the temple in my hometown Sibiu, in Transylvania, Romania.”

Florence hadn’t planned to move to the United States. She planned to make aliyah to Israel. But in college she won a scholarship to study at the University of Missouri. She met her (now-ex) husband, who decided to move to Portland.

“I love it here,” says Florence. “I think Portland has a European vibe that I would miss otherwise.”

With master’s degrees in English and German, she now teaches German and ESL at Portland Community College.

One of her coworkers, and now best friend, is a Brazilian woman married to musician Sergio Botelho.

“I mentioned one day that I used to play the piano in Romania (classically trained for about 12 years, but I had stopped playing for many years once I moved to the States),” says Florence. “She invited me to come over to their house and play. Sergio then gave me ‘homework’ to learn a Brazilian piece. I did, and then he slowly kept introducing me to more and more Brazilian composers, until one day we decided to form a duo, piano and acoustic guitar – Duo Becar.”

“I feel happy and honored to play this type of music now,” says Florence.

Duo Becar will be one of three acts performing at the 4 pm, March 31, concert at Classic Pianos Recital Hall in Portland. The concert also will feature Choro Da Alegria, a Portland ensemble dedicated to melodies of Brazilian composers, and Rio Con Brio, a mandolin/guitar duo that presents an intersection of Brazilian rhythm, classical technique and jazz improvisation.

Tickets are available at choropdx2019.brownpapertickets.com.