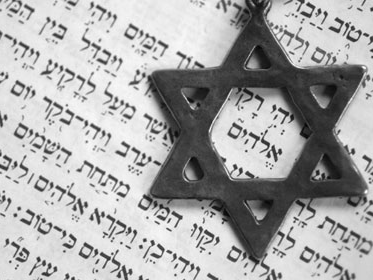 During the first 100 years of Jewish life in Oregon, congregations emerged, merged and evolved to meet the ever-changing spiritual, life-cycle and community needs of an increasingly dispersed and diverse population (see the early history, pages 10-14). by the 1960s, Oregon’s synagogues had stabilized to include today’s Congregations Beth Israel, Neveh Shalom, Shaarie Torah, Ahavath Achim and Kesser Israel, all in Portland; Temple Beth Israel in Eugene; and Temple beth Sholom in Salem. Corvallis had to wait until 1974 before Beit Am arrived.

When Havurah Shalom was founded in 1978, the Reconstructionist synagogue was the first new congregation in Portland in decades. The South Metro Jewish Community began in West Linn in 1992 with religious school and social gatherings; SMJC has since evolved into Beit Haverim, a full-service Reform congregation in Lake Oswego. In 1995 Congregation P’nai Or hired Rabbi Aryeh Hirschfield, who led the congregation until his death in 2009; now Rabbi Debra Kolodny leads the Renewal congregation in Southwest Portland. Congregation Shir Tikvah arrived on the eastside in 2002 and hired Rabbi Ariel Stone in 2003 after she spent two years in Israel as a Mandel Jerusalem Fellow.

Bend’s first congregation, Jewish Community of Cental Oregon, arrived in the early 1990s. It was joined by Reform congregation Temple beth Tikvah in 2008.

Since the 1984 arrival of Chabad of Oregon, the region has seen even more options. The ninth Chabad Center opened in 2012 in Northeast Portland. Other centers are located in Central Oregon, Eugene, Hillsboro, Southeast Portland, Southwest Portland, Salem, Southern Oregon and Clark County, WA.

Oregon Board of Rabbis Past President Rabbi Arthur Zuckerman (who served as board president July 2011 through June 2013), says diverse rabbis are increasingly working together on mutual concerns.

“There is a desire for more rabbinic interaction with other rabbis,” says Zuckerman. “We have the participation of many denominations, including the Orthodox, working together on areas such as the mikvah and education. Rabbis from around the state are kept abreast of the board’s work and are always welcome to participate.”

“It’s easy to separate ourselves, it’s more complex to bring people in,” he says, noting he’s pleased with the new collaboration.

In July, Rabbi Elizabeth Dunsker of Congregation Kol Ami in Vancouver assumed the leadership of the board. She adds, “The OBR is an important organization for ongoing support and collegiality among the rabbis of our area; I have found that to be an especially rewarding benefit of involvement. Of course, the OBR is also an important tool for rabbinic community in- volvement and coordination with other Jewish organizations in our area. I look forward to ongoing and improving cooperation between the OBR and all of the other vital Jewish organizations and services we have in our area.”

At last count, the greater Portland area boasts 18 congregations, with at least 21 around the rest of the state. There are several small groups and havurot – such as Ad Olam Mishpacha in Eugene, The Columbia Gorge Havurah around Hood River, Mayim Shalom and North Coast Shabbat Group on Oregon’s coast, and Umpqua Valley Havurah in Roseburg – that meet seasonally or around the holidays. Spiritual life is alive and well throughout Oregon (and Southwest Washington).