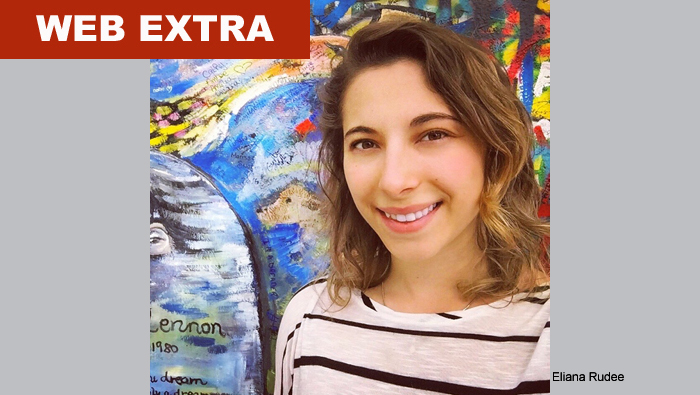 The Associated Students of Portland State University International Affairs Committee has sponsored a resolution recommending divestment from “companies involved in Israeli military occupation.” The vote, which was originally scheduled for May 23, has been moved to June 6.

As a fellow Pacific Northwester, I sincerely thank you for your value of being “deeply committed to standards of justice, equality and human rights for all,” as you claim in your recent resolution to boycott, divest and sanction companies related to Israel’s security, communication and defense sector. Justice, equality and human rights for all, if properly enforced, will make our world a better place.

And I ask, where is the justice that you uphold when Hamas and Hezbollah shoot tens of thousands of rockets towards Israel’s civilian population, leading to devastating effects of PTSD?

Where’s the justice when every year, Palestinian lone wolves come up with a new and innovative way to murder mothers, children and even babies?

Where is the justice for Gazans who are shot by Hamas when they go out after a curfew is imposed?

Where is the justice that you uphold when Hamas, a terrorist organization, asks Gazan residents to stay in their homes as Israel bombs terrorist cells nearby, so that the death toll rises along with international sympathy?

Where is the justice that you uphold when three Arab men gang rape a disabled Israeli woman to achieve their “nationalist motives”?

Where is the justice for Palestinians when their dreams to build a society are thwarted by Hamas, who uses building supplies to make rockets and terror tunnels instead?

I see that you mention the United Nations Declaration of Universal Human Rights, but do you not see the blatant injustice and inequality when the U.N. adopts 20 resolutions singling out Israel for criticism, and only three resolutions on the rest of the world combined?

This country that we are talking about is a country that is often the first to send aid to countries in need, a Jewish state in which 15% of its parliament is Arab. It’s a state whose military has been called the most moral in the world. It’s a state that has more start-ups per capita than any in the world, most of them dedicated to bettering the world. This is not a country where women experience state-sanctioned violence and subjugation, where LGBTQ people are executed, nor a state that threatens people who speak out about the government. This isn’t a country like most of its neighbors in the Middle East. So why single out Israel? You speak of equality? So where are your equally condemning resolutions for the Israeli people?

ASPSU – I know you want to make a difference in this conflict, but I assure you that BDS is not the answer. We know how BDS hurts Palestinians, as it forces companies to close that leave individuals, and even families, jobless. The answer is in economic and entrepreneurial partnerships, not mutually ensured destruction. No, Israel is not perfect and it is not completely innocent. But if you absolutely must condemn Israel, stay true to your “equal concern” and speak out against the anti-Semitic and anti-Israel Palestinian organizations that abuse their own people, and yet, are still supported by uneducated (or improperly educated) students on your very campus.

Originally from Seattle, Eliana Rudee is a fellow with the Haym Salomon Center and the author of the “Aliyah Annotated” column for JNS.org. She is a graduate of Scripps College, where she studied international relations and Jewish studies. Her bylines have been featured in USA Today, Forbes and The Hill. Follow her column on JNS.org.