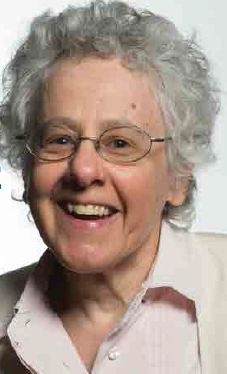 Emily will receive the Oregon Criminal Defense Lawyers Association’s Ken Morrow Lifetime Achievement Award Dec. 6. Created in 2000 the award recognizes the lifelong commitment and significant achievements of attorneys who have worked in the defense community, and those who have made important contributions to the administration of justice. This year’s award dinner includes the choice of a kosher salmon meal, enabling Emily’s many friends in the observant Jewish community to attend.

One of the award presenters will be David McDonald, a criminal defense attorney who says, “I have known, played, strategized, supported, obtained support from, laughed and suffered with her for 21 years now!” With all her sundry activities, one might wonder how she has time to practice law – but practice she does, even when on sabbatical.

“Dogged in her pursuit of justice, tenacious in her negotiations with prosecutors and one of the fiercest in trial, Emily has dedicated her entire professional career to fighting for the rights of all and against oppression,” says McDonald. “Among other accomplishments, Emily is well known for her passionate sense of justice, combined with her yearning to teach and mentor others. That passion drove her decision to try to change the way Oregon’s youth were viewed by the justice system and to educate them about the unfathomable consequences slammed down upon them by the passage of Ballot Measure 11 (1994 mandatory sentencing law). After the measure took effect, she took a ‘working’ sabbatical, obtained funding, created materials, toured the state and became the force in Oregon attempting to ameliorate the impacts of Measure 11. Her work during that time rekindled her spirit for the law and criminal justice, and since then her main focus has been as a self-appointed protector of juvenile rights.”

Her attention to youth extends beyond the legal arena. “She has done a lot of teaching in the Jewish community,” says Havurah Shalom Rabbi Joey Wolf. “For 10 years she coordinated an ad hoc group of teens to ‘play act’ a contemporary version of the Torah portion for the High Holidays.” “Emily is Havurah’s national treasurer,” he adds. “She is my sidekick in Torah discussions. If you have an audience of 1,200 and want to get into a flash debate, just make a comment that will arouse a response and you know Emily will come out with a sharp counterpoint.”

Rabbi Wolf adds, “It is clear to me that the way she considers a moral argument in court or Torah is through the logic behind the words – what are people truly trying to say and on what principles does the argument hinge?” Her attention to detail, perceptiveness and concern for others seem to be a central theme for many who know her. “She introduced me to my husband when she was actively matchmaking,” says Barbara Slader. “I know several couples she introduced 20 to 25 years ago when she was actively matchmaking, and most have lasted really well. She is very, very perceptive and does it out of concern for people to be happy with their life companion.”

Another of Emily’s matchmaking success stories, Sura Rubenstein, says, “Emily also (seems to) know – and sing – every Broadway show tune ever written.” Emily seems to be an entertainer on many levels. Almost everyone comments on what a funny woman she is. “She can take any experience in her life and turn it into a story that has you falling off of your chair,” says Barbara. “You can’t help but think of Emily and smile at the same time,” says Rabbi Wolf, who notes she is also a bit of a conundrum. “For all her political progressiveness and her advocacy for LGBT, women and the have-nots, Emily is a Jewish traditionalist. She loves Torah and the rhythm and customs of Jewish practice.”

She is also rather modest. “I am humbled by this recognition from my peers,” says Emily. “But this award does not belong to just me. It belongs to all of those who work with me in the pursuit of justice for those individuals that it appears our society has the least interest in protecting: youth charged with serious crime, persons accused of sex offenses, LGBT foster kids who have run away because they have no place to go, families whose lives are being disrupted by DHS (Oregon Dept. of Human Services), children who need their rights protected in court and adults who are facing the overwhelming power of the federal government. “I feel blessed that I have had the tools in my life to fight for those least able to fight for themselves, and hope that I am able to continue to do so, for justice is indeed a constant struggle.”