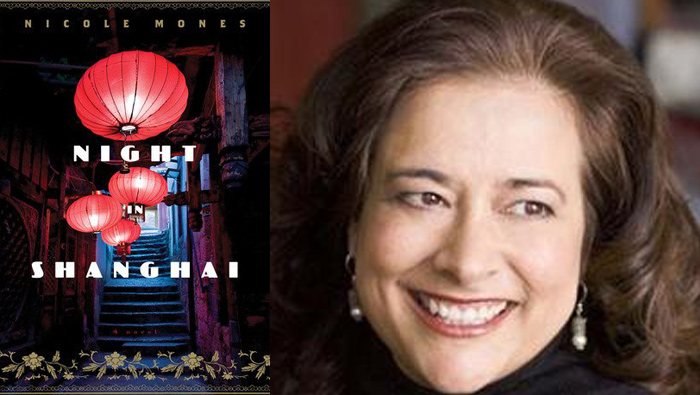 The annual Portland Jewish Book Month celebration has been expanded this year to reach beyond one book and one month.

Events stretch from Nov. 3 into next April, with most events occurring in November and March. Now in the fifth year with Marge Congress leading the effort, this year’s program theme is Many Stories, One Community: Portland Jewish Book Celebration.

Last month we detailed the events occurring in early November so people could plan ahead and perhaps read the book that was the focus of the early events: Night in Shanghai, a historical novel about the black jazz musicians who found freedom from racism in 1930s’ Shanghai, to which Europe’s Jews were also fleeing.

The celebration begins the first week of November when Portland gets a visit from Nicole Mones, author of Night in Shanghai.

From 7 to 8:30, Nov. 3, Nicole will be at the Mirabella Tower, 3550 SW Bond Ave., for a program sponsored by Congregation Beth Israel and the Mittleman Jewish Community Center. The next night she will be at the Hillsdale Library, 1525 SW Sunset Blvd., for a Pageturners Author Visit from 6:30 to 7:45 pm. Her Portland visit concludes Nov. 5 with an educational, multimedia presentation of China during the Holocaust. Nicole will be at the Shute Park Library (Community Room), 775 SE 10th Ave., Hillsboro, from 6:30 to 8 pm for this program presented by the Hillsboro Community Senior Center and Hillsboro Public Library.

The celebration’s jazz theme continues the next week when the Oregon Jewish Museum and Center for Holocaust Education screens the film “Frank’s Song,” which is about Frank Wesley, a local Holocaust survivor and jazz musician. The film will be shown in OJMCHE’s cinema (1953 NW Kearney St., Portland) at 7 pm, Nov. 12. Cost is $10; OJMCHE members, $8; or students, $5.

Jazz is also in the air in December when Mittleman Jewish Community Center and Congregation Neveh Shalom present Jazz in Shanghai. Larry Nobori and his jazz group will play the pre-World War swing music of the 1930s at the Dec. 3 program at the MJCC from 2 to 3:30 pm. Following the performance, Larry will discuss the music in relation to Night in Shanghai. Tickets are $10.

Shanghai is also the focus of the 7 pm, Nov. 17, presentation of “The Port of Last Resort: Zuflucht in Shanghai.” The film presents “the little-known story of the Jewish refugees in Shanghai presented through the recollections of four former refugees.” The screening will be followed by an intimate conversation around experiences in Shanghai, focused on local survivors. The program will be in the OJMCHE theater and is co-sponsored by  OJMCHE, Institute for Judaic Studies and Havurah Shalom. Tickets are $10 general; $8 OJMCHE, IJS and Havurah Shalom members; and $5 for students.

The other November program is a precursor to the Jewish Theatre Collaborative’s Page2Stage production of Davita’s Harp, March 19-April 9, 2016. Based on Chaim Potok’s novel Davita’s Harp, the play brings readers and audience members to the gritty landscape of New York City during the turbulent 1920s and ’30s. In the stormy melting pot that was New York City in the ’30s, a young girl comes of age and finds her voice. Ilana Davita’s mother was Jewish – but chose atheism and communism. Her father was Episcopalian – but chose atheism and communism. With guidance from a missionary nurse aunt, a mystical story-writing “uncle” and Orthodox cousins, Ilana discovers who she is and who she will choose to be.

On Nov. 15 from 10:30 am to noon, the women of Kesser Israel and Ahavath Achim  host a tea and discussion of Davita’s Harp. The women’s tea will be at Congregation Kesser Israel, 6698 SW Capitol Hwy., Portland.

Following are the book programs planned for 2016.

Author Sherre Hirsch will talk about her book, Thresholds, at 7 pm, March 8, at the MJCC. Explore how to thrive through life’s transitions to live a fearlessly and regret-free-life.

Author Laura Nicole Diamond will share Shelter Us: A Novel at 7 pm, March 15 at the MJCC. The book’s title is taken from the Hashkiveinu prayer and suggests that Judaism’s power is not in providing firm answers, but rather in guiding us how to act while we are alive.

Another book talk on Davita’s Harp is scheduled for 7 pm, March 15 at Congregation Neveh Shalom, 2900 SW Peaceful Lane, Portland. Meet others and connect over good literature with facilitated, in-depth discussion with a friendly, open group.

The stage version of Davita’s Harp will be March 19-April 9 at Milagro Theatre, 525 SE Stark St., Portland. For times and fees, visit jewishtheatrecollaborative.org.

A special performance of Davita’s Harp is slated for 7:30 pm, March 30. The performance will be followed by discussion for teens/adults presented by The Jewish Theatre Collaborative & Havurah Shalom.

Also slated in March is a talk on War Correspondents: How they affect the world’s view of combat. Details will be announced when available.