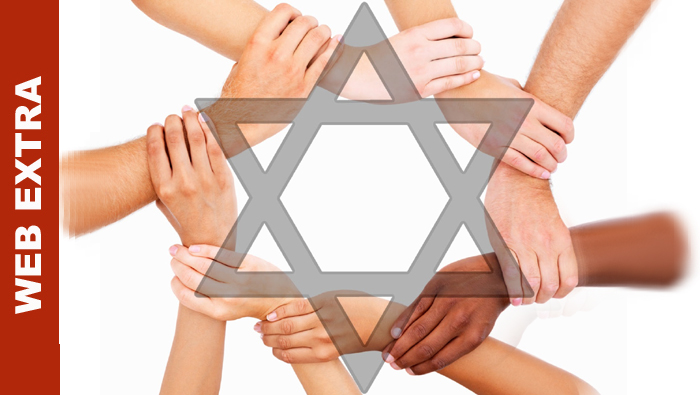 Activists in the Boycott, Divest and Sanction campaign against Israel frequently inject their cause into diverse social justice campaigns implying that those who stand for the oppressed should also stand for Palestinians. LGBT and animal rights groups, as well as churches, have had their debate or even official platforms appropriated by the BDS Movement.

The phenomenon was described in Oregon Jewish Life this spring in an interview with Jewish Federation of Greater Portland Community Relations Director Bob Horenstein and members of the JCRC Israel Advocacy Committee.

Now it’s happened again. The Movement for Black Lives Matter has issued a platform that calls Israel an apartheid state where there is a genocide taking place against the Palestinian people.

The JCRC issued a statement reacting to the platform noting that Portland’s JCRC is dissociating from the platform and those BLM organizations that embrace it. However, the statement emphasizes that: “We remind our community that the posture on Israel expressed in this platform does not reflect or represent the views of many in the African-American community, including our own cherished partners here in Portland who have supported Israel’s existence and right to live in peace and security.”

Following is the full text of the statement issued Aug. 4 by Portland’s JCRC, signed by Horenstein and Randie Peterson, Chair of the JCRC:

On August 1, the Black Lives Matter (BLM) movement released a platform, created collectively by organizations representing a range of BLM groups around the country. We are deeply troubled by elements of this platform, specifically the co-opting and manipulation of a movement addressing concerns about racial disparities in criminal justice in the United States in order to advance a biased and false narrative about the Israeli-Palestinian conflict.

To conflate the experiences of African-Americans and Palestinians oversimplifies complex matters and advances false equivalencies that diminish the unique nature of each. The Jewish Community Relations Council (JCRC) cannot and will not align ourselves with organizations that falsely and maliciously assert that Israel is committing “genocide.”

We denounce an agenda to wage economic and cultural warfare against Israelis, including efforts to mobilize against state and local efforts that reject the anti-Israel Boycott, Divestment and Sanctions (BDS) movement. We reject participation in any coalition that seeks to isolate and demonize Israel singularly amongst the nations of the world.

As we dissociate ourselves from the Black Lives Matter platform and those BLM organizations that embrace it, we recommit ourselves unequivocally to the pursuit of justice for all Americans and to working together with our friends and neighbors in the African-American community, whose experience of the criminal justice system is, far too often, determined by race. We will not allow this profoundly disturbing development to deter us from values and principles we hold dear regarding the character of our nation and the pursuit of equality for all Americans.

We remind our community that the posture on Israel expressed in this platform does not reflect or represent the views of many in the African-American community, including our own cherished partners here in Portland who have supported Israel’s existence and right to live in peace and security. We take this opportunity to assert once again that the only realistic and moral solution to the Israeli-Palestinian conflict is to achieve two states for two peoples living side by side.

It is time to end the destructive campaign against Israel’s existence and to pursue peace through negotiation, dialogue and cooperation between two people who share a homeland.