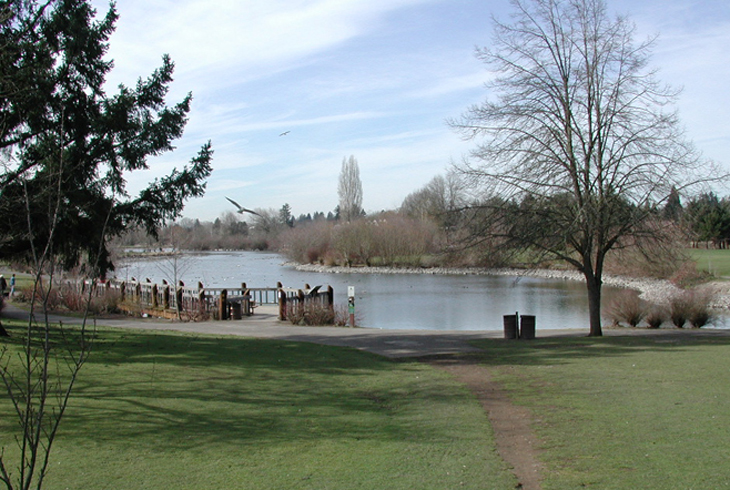 I’ve never been a walker and to say it saved my life might sound overdramatic. But it feels this way. In the middle of March, as the world began to shut down from Covid-19 and sheltering in place took hold, fear, uncertainty, and anxiety slipped in. Like millions of others, I felt daily dread, overwhelm, and grief from the unprecedented tragedy unfolding.

Much of what I needed for comfort, or had previously relied upon, were no longer options. There would be no sharing of a bucket of fries with a friend, beside a margarita, and an assuring conversation to discuss the state of affairs. No conciliatory shopping trips at Macy’s to purchase sparkly earrings. No afternoon lattes while sitting in a Starbucks, alone together, with a bunch of chattering strangers. As human beings in need of contact, we were suddenly cast to mostly solitary confinement. Which sounds so sad when I say it now.

I’m not sure if it was a feeling of walls closing in, or helplessness, or both, but at the front end of the pandemic, after hours of streaming bad TV, or closet organizing ad nauseam, I found only one way to cope: To get out and walk. The physical motion combined with being outside was the only way to stop my head from spinning from all the bad news. It was also one of the only safe things to do.

At first, the walking consisted of a few neighborhood blocks. Just to get air. The thing was, as far as timing, the pandemic took hold the beginning of spring. Spring in Portland, Oregon, is lovely. While the world felt dark and uncertain inside the walls of my home, outside, trees and flowers were alive blooming. Initially, contrasts between how I felt, and what I saw, were disconcerting, but it didn’t take long to embrace the paradox. To see nature doing its thing, moving ahead, boldly, and beautifully, was a tremendous comfort.

As I walked, observed the magnolia and dogwood trees with huge pink blossoms against a turquoise sky, I could contemplate contrasts between my internal dread-laden landscape, against the external one of vibrant color. I started to recognize how important it was to truly know that indeed life goes on. This was a substantial first step in healing.

By the end of these short walks, I felt slightly better — as if I expended part of the unmanageable dread. Knowing that getting through the quarantine period would take applied measures of self-care, walking became one of my four daily non-negotiables; the others were to read, to write, and to learn something new. Simple. Four free things I could do each day, that were safe and could pull me through.

Eventually, I ventured beyond a few blocks. I began to take in the neighborhood. Here’s where the second significant attribute of walking showed itself. As I walked I observed how people were reveling in the most mundane activities: dads mowing lawns, kids flying paper airplanes. In fact, I mistook a woman for praying when she was merely kneeling while weeding her garden. That single image of holy reverence for something as mundane as weeding struck me.

So each day, typically in the afternoon, without self-argument, I put on my shoes and got out the door. No internal discussions or debates. Get the shoes on, head out. It was self-prescribed mental health medicine.

By the end of April, I’d expanded the range. I was up to about 3 miles. I brought headphones, listen to tunes, admire colorful blooming trees, marvel at the changing sky, feel my feet on the ground, and focus on being alive as the world continued to crumble. Then, by mid-May, I took a huge turn which is where the life-saving stuff kicked in.

We live a few miles from a gorgeous lake park called Commonwealth. Sporadically, I’d been there before but never allowed in the full breadth of beauty. One day I challenged myself and instead of driving to the park, to walk there. As I traipsed through the neighborhood, a few miles from home, I got caught in a downpour. The rain was relentless. I was soaked. But I was so close to the park, I kept going. When I arrived, wet and cold, I was greeted by a magnificent view of a heron quietly resting on a limb over the lake. It was so magical. I decided to stay and walk the lake loop in spite of being drenched.

The loop walk felt almost surreal as if I was in a dream. I was alone because everyone left when it started to pour. The ducks and huge Canadian snow geese paddling in the lake looked like puffs of feathers gliding across the water. The heron stood guard on the limb, watching, waiting, protecting. I don’t know how to convey it other than I could truly see the energy of this place, unencumbered, wild, alive, and it filled my heart with breath. I took in that energy and carried the feeling with me as I made my way back home, cold, wet, and somehow changed.

Commonwealth became my daily walking destination. Given that it’s over 3.5 miles round trip to and from the park, by default, my walking distance and time increased. I’d get to the park and do a few loops so I‘d give proper time to absorb the beauty. Each day I’d see the parkscape change. Depending on the clouds, the sun, the wind, the time of day, the park appeared like a new gorgeous scene each day I visited.

Because it’s a neighborhood destination, the park gets busy with people on bikes or pushing strollers as the day goes on. Crowds alter the ambiance. Soon I started getting up early in the morning to enjoy its solace. Then, yet again, I’d opened the door to a whole new level of realizations and healing.

The early morning walks, just as the sun was rising, observing glistening dew off the grass and blooming red roses, to get there I’d traipse through the neighborhood of sleeping people’s dreams. Everything was still and hopeful, and fresh with promise. On these walks, listening to music, surrounded by the silence of a birthing day, feet moving, connected to concrete, I’d sink into a place of deep reflection. By the time I reached the park, it felt like I’d sojourned to a temple of worship and prayer and mediation. Each loop around the lake as I absorbed the splendor of the tranquility was like reciting a hymn for hope, sadness, frailty, forgiveness.

I could deeply sink into it all — the humanness of life and love and loss and desire and belonging in a way I never would have imagined. These walks felt like dreamscapes, which is what I now call them, where everything in my heart and life and experience and thoughts blend in some alchemy of contemplative healing.

Logistically, walks are now seven to nine miles a day. I’m out of the house by 6 am. Does it matter I’ve lost 25 pounds? That’s an accidental bonus. Numbers on a scale were not the intention. Beyond accomplishment or weight or goals, the walks have evolved into something deeper, truer, and more fundamentally profound. Every part of me feels an internal peace I’ve never before known.

My heart is full of gratitude and clarity, it’s as if I can make meaning again in profound ways I never would have imagined. I’d go so far to say healed, or at least in the midst of healing, and somehow, by traveling through my internal crevasse, through reflection and contemplation, as my feet connect to the pavement, surrounded by geese and clouds and water and sky and trees and bees and tranquility, the dreamscape walks opened me up to Me, and literally stepped onto my path to help save me. 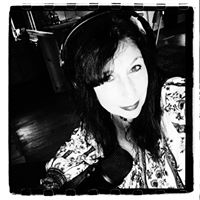 Janna Lopez lives in Portland, Oregon, has two children, a great husband, and three cats. She is currently pursuing her Creative Writing MFA at the Pacific Northwest College of Art. She is the author of Me, My Selfie, & Eye: A Midlife Conversation About Lost Identity, Grief, and Seeing Who You Are. For more information on Janna, visit jannalopez.com.