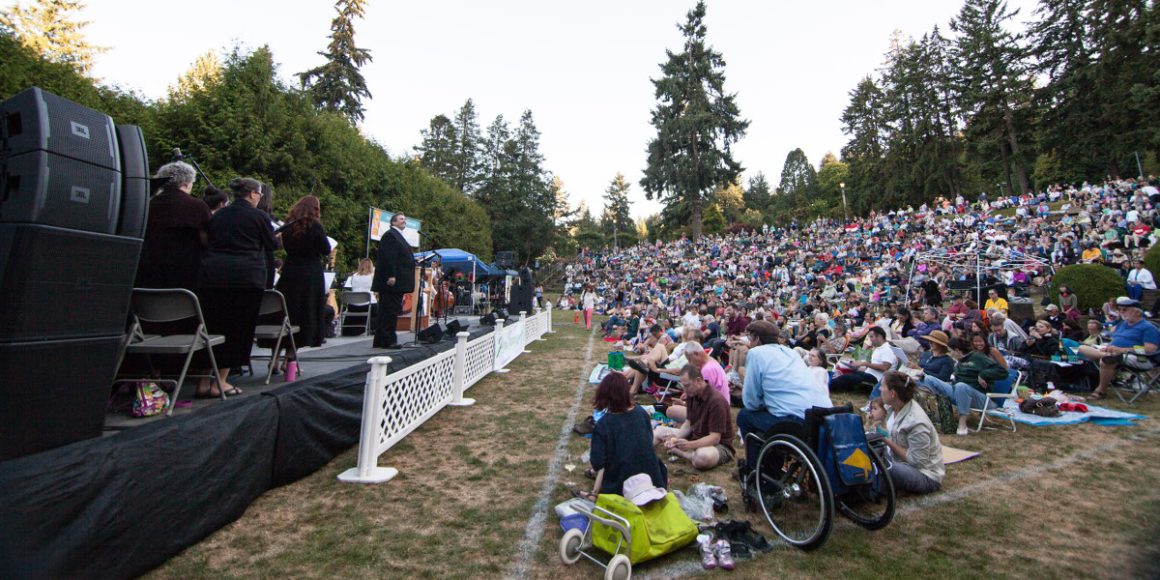 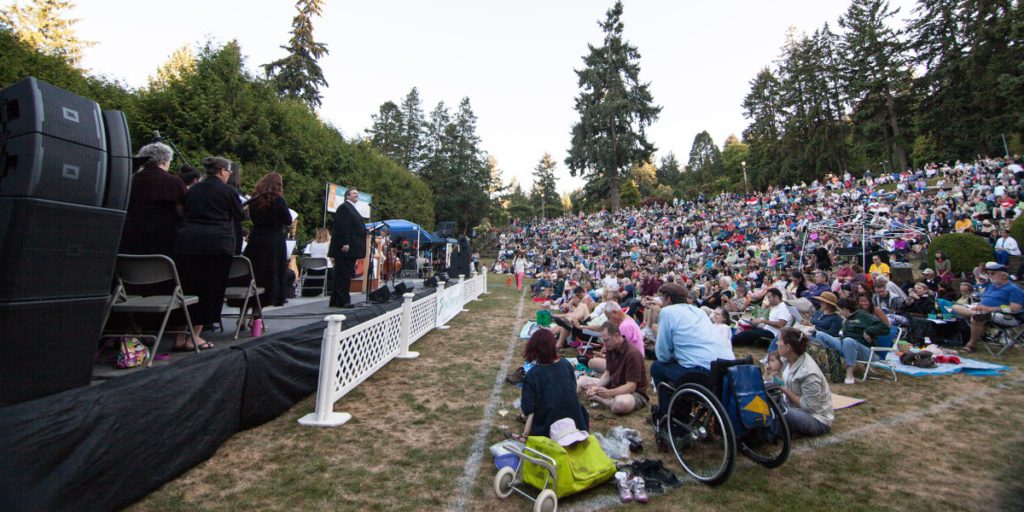 In what has become Portland’s favorite outdoor concert of the summer season, Portland Summerfest’s Opera in the Park presents its 17th annual opera extravaganza at 6 pm, Aug. 4. Admission is free.

Thousands of attendees will bask in the evening air in the outdoor Washington Park Amphitheater as Metropolitan Opera star Angela Meade returns to the SummerFest stage, singing highlights from Aida and Don Carlo.

Joining her will be two other stars of the Metropolitan Opera: Portland’s favorite baritone Richard Zeller and dramatic tenor Allan Glassman. Together, they will perform with the SummerFest Chorus and Orchestra under the baton of Maestro Keith Clark. Maestro Clark will lead the Portland SummerFest Chorus and Orchestra in crowd-pleasing overtures and choruses, including Ballet Music and the rousing Triumphal March from Aida, as well as the Overture to La Forza del Destino and the Chorus of Slaves “Va pensiero” from Nabucco.

Keller has been well-known in Portland’s Jewish community since he sang the title role of composer David Schiff’s Gimpel the Fool in 2003.

In 2014 opera tenor Allan Glassman was the most prominent Jewish performer at the Astoria Music Festival; he has also starred as soloist at Portland Opera. He has drawn rave reviews for his portrayal as the conflicted Herod in the opera Salome.

Meade is the winner of both the Metropolitan Opera’s 2012 Beverly Sills Artist Award and the 2011 Richard Tucker Award. In 2008 she joined an elite group of history’s singers when she made her professional operatic debut on the Met stage. Since then she has fast become recognized as one of today’s outstanding vocalists, excelling in the most demanding roles of the 19th century bel canto repertoire, as well as in the operas of Verdi and Mozart.

Because of the large number of expected attendees and the limited parking, the public is encouraged to take mass transit. The Washington Park Amphitheater is readily accessible via the MAX light rail stop at Washington Park and the free shuttle.

Opera in the Park is made possible with the generous support of All Classical Portland (Official Media Sponsor), the Ausplund Tooze Family Foundation, the Miller Foundation, the Regional Arts and Cultural Council, Templeton Foundation and Maybelle Clark Macdonald.

More information about Portland Summerfest/Opera in the Park can be found at www.portlandsummerfest.org.