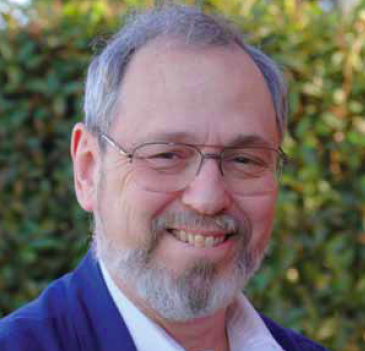 At Pacific Medical Group in Beaverton, family practitioners (formerly known as general practitioners or GPs) are front and center. The practice consists of three family doctors and one nurse practitioner. PMG’s Beaverton clinic, one of five in the Portland metropolitan area, opened its doors in the early 1990s. Dr. Burton Silverman, one of its three doctors, joined the practice in 1999, after relocating from Houston. “I came to Portland for the weather,” says Silverman. “No, really! I was tired of the heat and humidity and giant cockroaches.”

Silverman sees a wide variety of patients, both adults and children. He performs annual checkups, diagnoses all kinds of ailments and also does minor outpatient surgery. Silverman is a pioneer in family medicine, and has spent more than 45 years, his entire career, as a family practice doctor. “I did one of the first family practice residencies, before the board certification was established in early 1970s,” he says. Silverman was always
interested in medicine; “I love knowing about the body, how we function and the explosion of information about how our bodies work,” he explains. “I particularly like family medicine because of the additional in-depth interaction with the patients.”

At PMG, the doctors focus on the whole patient, rather than a set of symptoms or ailments. Silverman explains, “The whole company has been involved with developing the concept of ‘medical home.’ This comes from federal recommendations for patients, who will be cared for with more group cooperation. It also anticipates the new national health care legislation, popularly known as Obamacare, which will take full effect in 2014. Multiple medical personnel are available to help the patient to coordinate their total care.” Silverman adds that this approach reduces overall costs for both patients and the medical practice, while providing quality care.

Patients can also continue to receive individual evaluations from specific doctors, as well as from their team of medical providers. “Group visits with patients are helpful, both for educational purposes and the coordination of methodology of care, particularly for diabetics or heart issues, which tend to have multiple symptoms in need of treatment,” says Silverman.

Practicing medicine fits in well with Silverman’s understanding of Jewish attitudes about life. “We live a good life as Jews because this is what we’re here for; we’re not preparing for some better afterlife after we die,” he says. “That outlook pervades my approach to relating to people in a positive or helpful way. We’re here. Life is good. Don’t waste it.”