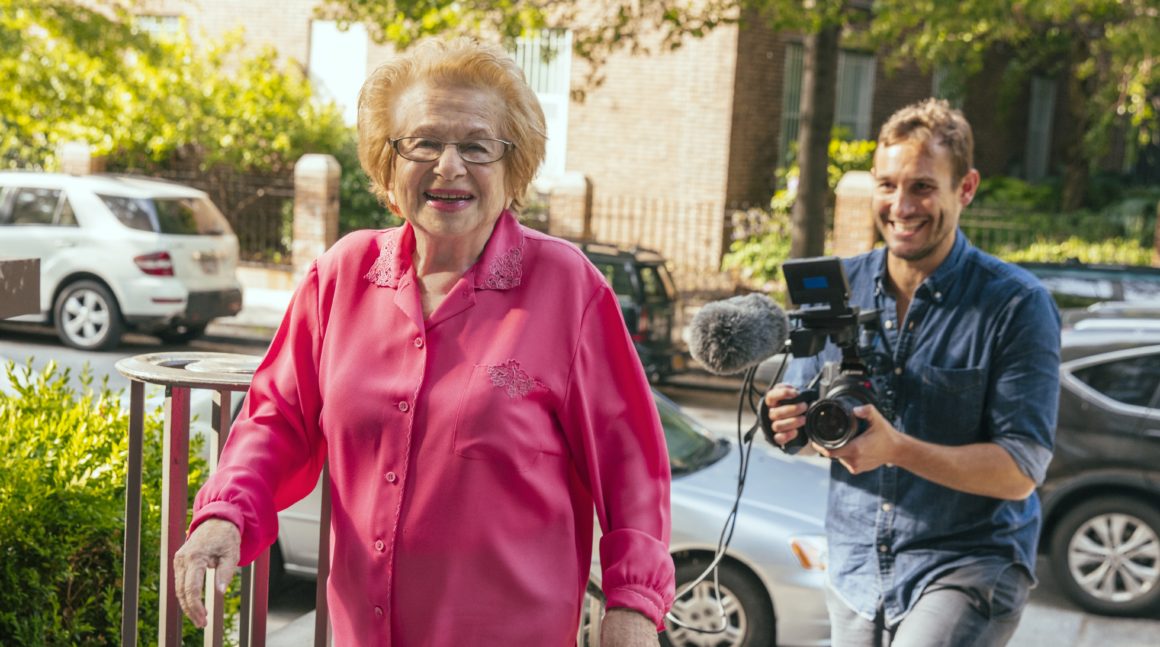 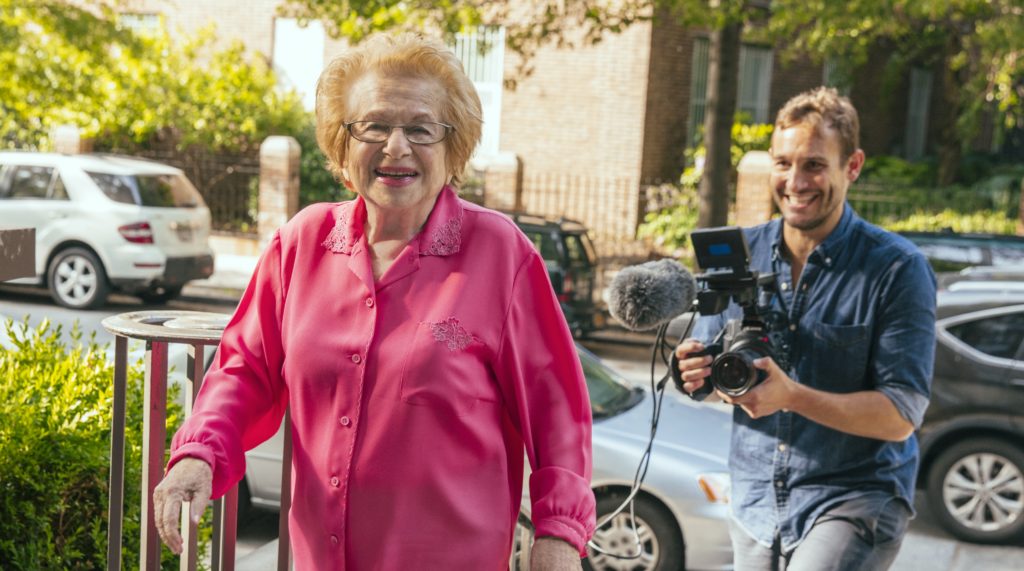 It is those formative early years that provide the most resonant and affecting passages in Ryan White’s solid documentary, “Ask Dr. Ruth,” opening May 3 in theaters around the country before heading to Hulu. I’ll go even further: They provide the film with its raison d’etre.

Sure, lots of people were helped in ways big and small by Dr. Ruth’s high-profile acceptance of (almost) every form of sexual behavior, and by her uninhibited, direct language about intimate acts and love relationships. But what lifts “Ask Dr. Ruth” above a “where are they now” profile of an old-media, pop-culture celebrity is Karola Siegel’s experiences before, during and immediately after World War II.

Most audiences, especially non-Jewish viewers, will come to “Ask Dr. Ruth” for the sex. The mitzvah of the film, as it were, is that they will get the Holocaust.

To be clear, Dr. Ruth doesn’t see herself as a Holocaust survivor. She is “an orphan of the Holocaust,” which is the most poignant and wrenching phrase you’ll encounter all week.

Born in 1928, Karola Ruth was the sole child of observant Jewish parents. She was too young to fully understand when the Nazis sent her father to a labor camp in the ’30s. And as bright as she was, she couldn’t fully grasp the long-term implications when her parents put her on a train to Switzerland with a group of Jewish children.

Placed in an orphanage, Karola Ruth and the other Jewish kids were handed housekeeping duties and some responsibilities for caring for the Swiss kids. They received food and shelter, but zero love and little compassion. A natural ringleader – on the train, she’d organized a singalong to distract the homesick youngsters – Karola Ruth figured out ways to educate and entertain herself.

She discovered boys, of course, and the film accompanies her abroad to a warm reunion with her first boyfriend, Walter Nothmann. It’s pretty chaste stuff, presented by Westheimer with nostalgia and charm that conveys universal attitudes of adolescence.

At the same time, though, Karola Ruth is devouring and savoring every letter and poem she receives from her mother and father – until weeks, and then months, pass without any communication. (She preserved and protected these treasures throughout her travels, and keeps them in plastic sleeves in a notebook.)

The animation style used by filmmaker Ryan White to illustrate Karola Ruth’s Swiss period is annoyingly juvenile, unless one presumes that children are one of the intended audiences of “Ask Dr. Ruth.” Admittedly, those experiences are as accessible and relevant to today’s children as Anne Frank’s, if not more so – Karola Ruth didn’t have the comfort of being surrounded by family, unlike Anne – but parents and guardians would need to know that the focus of a documentary about a sex therapist isn’t, uh, sex.

At some point after the war, Westheimer inevitably accepted that the Nazis had killed her parents. But she never sought out the details. All these years later, while visiting Israel during the filming of “Ask Dr. Ruth,” she goes to Yad Vashem and learns that her father died in 1942 in Auschwitz. The notation for her mother is “disappeared/murdered.”

“Ask Dr. Ruth” skillfully weaves three threads and three distinct time frames: its subject’s biography from the 1930s to the ’60s, her high-profile heyday in the 1980s and ’90s, and her peripatetic schedule of speaking engagements and family contacts climaxing with her 90th birthday last June. The trek to Israel, fascinatingly, includes a visit with a friend from Kibbutz Ramat David, where Ruth Siegel
– persuaded that Karola was too German, she dropped it – landed in Palestine at age 17. This remarkable chapter of her life includes ceding her virginity, being trained as a Hagana sniper and, on her 20th birthday during the War of Independence, being injured so severely in a bombing that there was a question whether she’d be able to use her feet again.

The next 70 years of Dr. Ruth Westheimer’s life, spanning Paris, New York, three husbands, two children, a doctorate at age 42, a radio show, household name recognition and four grandchildren, are acutely interesting. But the imprint of coming of age during the war, without her parents but with determination, resourcefulness, intelligence and humor, defined Karola Ruth Siegel and infuses “Ask Dr. Ruth” with timeless importance.

“From my background,” Westheimer declares, “all of the things I’ve survived, I have an obligation to live large and make a dent in this world.”