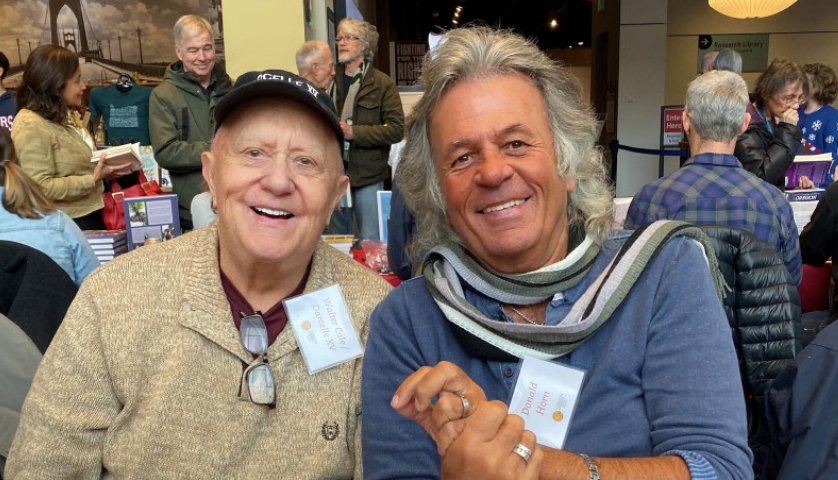 Last year launched triangle productions 30th season with Don Horn (also known as Donnie) at the helm like he has been for the previous 29 years. Unfortunately, due to the coronavirus, the theater went dark before they could finish season 30, but they look forward to resuming operations in September to kick off season 31.

When triangle opened, there were eight theaters in Portland, and four of them were in the midst of closing. Now there are 140 theaters in the city.

Triangle opened with a play Don wrote called “After the Rain,” based on situations that happened to multiple people during the AIDS epidemic. The play was about a man whose partner died of a mysterious illness and his family came, loaded all his possessions in a truck, drove away, and the partner was left with nothing. “He had no rights, and I thought, ‘We have to talk about this,’ ” remembers Don.

The play sold out on opening night, but Don had an odd interaction with an audience member,

“A lady came up to me and hit me in the stomach, she was so mad at me, and she said, ‘I want you to know that I’m pregnant, and I’m HIV positive,’ ” says Don.

The year was 1990, and Don didn’t know any women who were HIV positive, so that was the storyline of his second play, “Tell Mama Goodbye.” 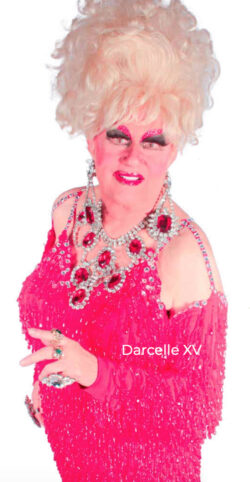 “I love writing plays,” shares Don. “I love hearing the audience – no matter if it’s my play or not – whether it’s a sniffle or a clap. That is the reward because then you know you’ve done your job.”

Don is not just a gifted playwright, but an author with 16 titles under his belt. His latest, Darcelle: Looking from my mirror, tells the story of Walter Cole, known professionally as Darcelle XV, who holds the Guinness World Record as the oldest drag queen performer.

“Writing the book about Walter/Darcelle was hard,” says Don. “He sits right across when you ask questions, and sometimes it’s uncomfortable asking questions ­– there are certain things that you know are off-limits.”

He remembers the time Walter/Darcelle said, “My dad abused me,” and left it at that. Then one day, they were talking, and it spurred something else, and by the end of the conversation, Don had an hour’s worth of interview on what his father did. “I won’t share it with anybody,” says Don. “But I think it helped him to talk about it.”

Don explains that it took about two and a half years to write the book. He would edit it and re-edit it as new things happened. He also would discover a newspaper article and want to talk to the reporter, or go back to Walter/Darcelle and compare the information.

“Especially since Darcelle is a living person, I didn’t want people reading this and say, ‘That’s not true.’ “

Aside from the content, this book is also unusual in the fact that it has no chapters. You pick up the book, and it starts with Walter’s birth, and 650 pages later, you’ve meandered through his life.

“That’s the way he talks, and I thought I need to say that in his way of saying it, instead of doing chapters,” says Don. “He does not think in chapters; our lives aren’t in chapters.”

Walter/Darcelle is an icon in Portland and has been performing for more than 50 years. “Most cities don’t have that ‘number one,’ and then you get a drag queen as the ‘number one.’ “ jokes Don. “But he’s also been a friend for 30 years; he’s royalty to a lot of us.”

Don’s tribute to Walter/Darcelle also included a play called, “Darcelle: That’s No Lady,” that premiered to rave reviews and an exhibit, “The Many Shades of Being Darcelle: 52 Years of Fashion,” 1967–2019,” at Oregon Historical Society that featured eight costumes, a jean jacket and jewelry from Walter/Darcelle’s collection.

Don was also instrumental in filing the necessary paperwork to have Walter/Darcelle’s longtime home recognized on the National Register of Historic Places. The listing became official at the end of February. The house was built in 1896 and is regarded as one of the best examples of the Queen Anne style in the Elliot Neighborhood, where it is located.

An upcoming exhibit, “Darcelle XV at Home,” at the Architectural Heritage Center, will spotlight Portland photographer Tom Cook’s images of Walter, dressed as Darcelle, inside the Victorian house.

And when people ask why he’s done all of this, his reply is from the heart. “He deserves this for who he is and what he’s done for this city and how much money he’s raised for charity. But also if you give him the history now, when he is alive, we won’t be talking about, ‘What we should have done’ later.”

Darcelle: Looking from my mirror can be found on Amazon. For more information on triangle productions! and Don’s other works, visit trianglepro.org.