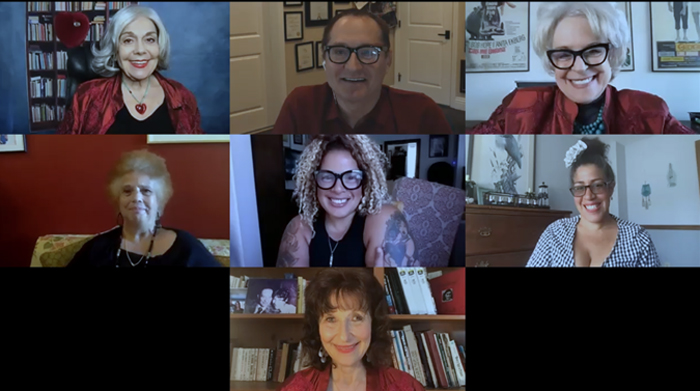 In 2019, Jewish Life Television launched “Bubbies Know Best,” a dating show with a Jewish twist – where three Jewish grandmothers act as matchmakers for young and old, straight and gay, Jewish and non-Jewish. Based upon the show’s great success in season one, “Bubbies Know Best” began pre-production on season two earlier this year.

With the arrival of the coronavirus, the Bubbies pivoted in May 2020 and with Executive Producer Brad Pomerance at the helm, Bubbies Bunny Gibson, S.J. Mendelson and Linda Rich launched an audio-visual podcast, which includes words of wisdom, celebrity interviews and reactions to viral videos.

When the Bubbies realized that our nation faced an inflection point after the murder of George Floyd, they knew 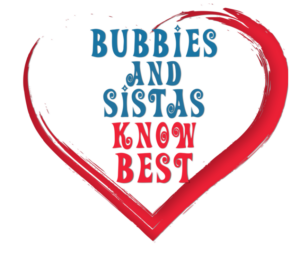 that they had to join the conversation – resulting in “Bubbies and Grannies Know Best.” In this extended episode, our three Jewish grandmothers welcomed three African-American grandmothers to talk, learn and listen about how the Jewish community and the African-American community can continue to build and strengthen alliances during these very difficult times. That episode premiered on JLTV on June 15, 2020.

As a follow-up to the well-received “Bubbies and Grannies Know Best,” JLTV is proud to announce the premiere and release of “Bubbies and Sistas Know Best,” where our three Jewish grandmothers engage in a heartfelt and often hard conversation with three African-American Jewish women, unpacking and unraveling so many of the critically- important issues facing our communities and our nation, because, as Brad Pomerance said, “Bubbies and Sistas do know best.” Joining Bubbies Bunny, S.J. and Linda are:

Melique Berger: Melique is a voice-over actress, best known for voicing characters in “The Boondocks,” “OK
KO Let’s Be Heroes” and “Rick and Morty.” She is the daughter of legendary agent Myra Berger and niece of trailblazing music producer Shelly Berger, who helped to integrate Las Vegas when he worked with Diana Ross and the Supremes and the Temptations.

Rain Pryor: Rain has developed a successful career on screen and stage, best known for her work on the television series “Head of the Class” and “Rude Awakenings” and the stage shows “Oh My G-d, You’re Jewish” and “Fried Chicken and Latkes” (which is currently being developed for television). The daughter of legendary comedian Richard Pryor, Rain is active in the political arena, having most recently run for the Baltimore City Council.

Kelley Stein: With her husband Cantor Mike Stein of Temple Aliyah (Woodland Hills, CA) and their three adult sons, Kelley’s family band The Rolling Steins has garnered fame within the Jewish music world. Kelley grew up in Washington, DC, where her father, Dr. Randolph Brown, was a groundbreaker as one of the first African-American gastroenterologists in the country.

Bubbies and Sistas Know Best can be viewed on demand, is available through all podcast platforms (http://bubbies.jltv.tv) and will premiere on Jewish Life Television/JLTV on Monday, July 27, 2020 at 8 PM ET/PT.