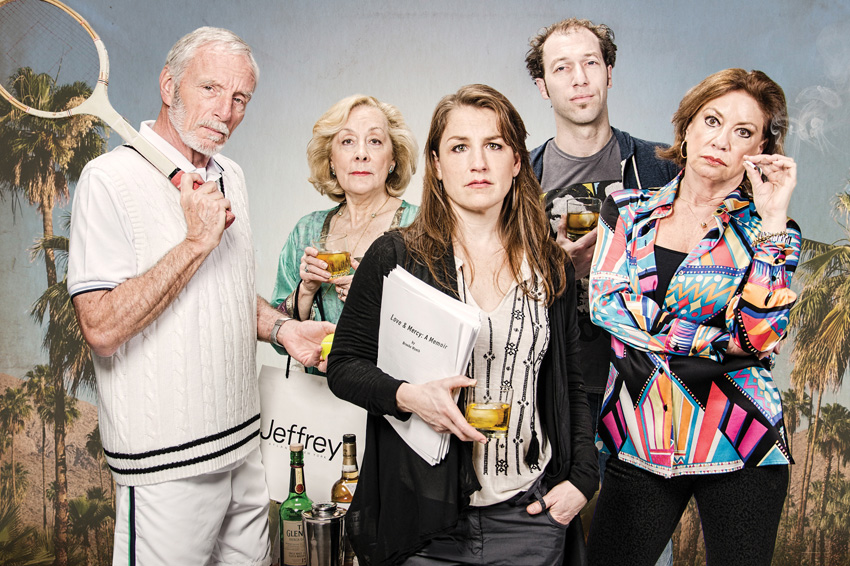 Whether intentional or not, Oregon is awash in both visual art and performance art with Jewish themes during Jewish Arts Month, an annual educational initiative sponsored by the American Guild of Judaic Art in March.

On the visual arts side, ORA-Northwest Jewish Artists once again has planned a celebration of JAM. Artists will display their work and demonstrate their techniques at the Mittleman Jewish Community Center (6651 SW Capitol Hwy., Portland) throughout the month. Each week a different group of artists will be in the MJCC lobby Sunday through Thursday (10 am-6 pm) and Friday (10 am-2 pm). Art can be purchased through the artist representing ORA during those hours. During the fourth week, Rose Schnitzer Manor residents taking a class taught by ORA member Eddy Shuldman and Carole Glauber will display their poetry and photography. For more information: chooseartoday@gmail.com.

While the numerous performances that feature Jewish themes, characters or other content may not have been planned specifically to coincide with JAM, they nonetheless heighten the artistic vibe in the air throughout March.

Jewish characters also take to the stage this month in Triangle Productions’ “Jewtopia,” presented on the heels of its February performances of “Becoming Dr. Ruth.”

Asked about presenting two Jewish-themed shows in a row, Triangle Executive Director/Founder Donald Horn says, “Actually, I don’t see them as Jewish shows, thoughthey are, but more importantly, Dr. Ruth is about a woman who battled so many things, and I look at it as the human condition. ‘Jewtopia’ is about looking for love and friendships. Dr. Ruth became available to me, and I didn’t want to wait an additional year, and ‘Jewtopia’ was already planned for two years.”

“Jewtopia” tells the story of two 30-year-old single men, Chris O’Connell and Adam Lipschitz. Chris, a gentile, wants to marry a Jewish girl so he’ll never have to make another decision. Adam Lipschitz, a Jew, wants to marry a Jewish girl to please his family, but can’t get a date to save his life. After meeting at a Jewish singles mixer, Adam and Chris form a secret pact. Chris promises that he will help Adam find the Jewish girl of his dreams and show him “Jewtopia,” but only if Adam will help Chris shed his ‘gentileness’ and bring him undercover into the world. Stereotypes collide, cultures clash and chaos ensues.”

Portland Center Stage also brings Jewish characters to the stage this month in “Other Desert Cities,” the Pulitzer Prize-nominated play by Jon Robin Baitz, a highly regarded Jewish playwright and creator of the hit television series “Brothers and Sisters.”

Though the play centers around the Christmas return of Brooke Wyeth to celebrate with her well-connected, conservative parents in Palm Springs, the play includes strong Jewish characters and content.

Brooke announces that she is about to publish a memoir dredging up a pivotal and tragic event in the family’s history – a wound they don’t want reopened; she draws a line in the desert sand and dares them all to cross it.

“Two of the characters in the play are Jewish – Polly Wyeth, the matriarch of the family, and her sister, Silda Grauman, the aunt who is staying with the family. Polly is married to Lyman, who is not Jewish, and Silda criticizes Polly in the play for not being true to her Jewish roots,” says Portland Center Stage Public Relations Manager Claudie Fisher.

Silda tells her sister  “We’re Jewish girls who lost their accents along the way, but for you that wasn’t enough, you had to become a goy, too. Talk about the real thing? Talk about ‘faking it.’ Honey, this Pucci is a lot more real than your Pat Buckley schtick.”

The play runs through March 22 on the U.S. Bank Main Stage in PCS’s Gerding Theater at the Armory. For a complete schedule visit pcs.org/desert/. Regular tickets start at $36. Rush tickets are $20. Tickets can be purchased at pcs.org or
503-445-3700.