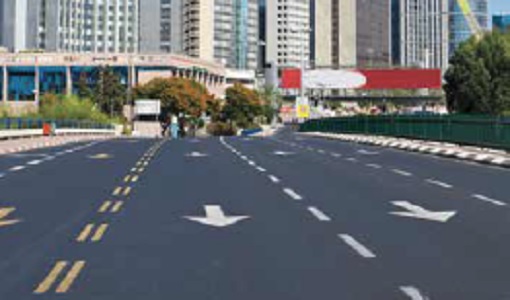 On Thursday morning Sept. 20, I will open my newspaper and see the traditional day-after Yom Kippur picture: one of Israel’s busiest highways completely deserted during the holiest day on the Jewish calendar.

Perhaps the most crucial aspect of Yom Kippur observance in Israel does not take place on Yom Kippur at all – it takes place on erev Yom Kippur, which this year occurs on Tuesday, Sept. 18. Erev Yom Kippur in Israel is a national holiday: Government offices, banks, the stock market, schools, etc. are all closed. For some secular Israelis, Erev Yom Kippur becomes part of a two-day holiday from work; and if, as is sometimes the case, Erev Yom Kippur falls on a Sunday, then many Israelis are tempted to skip out on Yom Kippur that year in favor of a four-day European vacation (if they fight the temptation, different rules may apply; I once heard a woman say: “If I am in Israel, I fast on Yom Kippur”).

On the other hand, for those who want to better prepare themselves for the Day of Atonement, Erev Yom Kippur provides one with plenty of time for study, meditation, going to the mikvah, praying the afternoon service at shul in the early afternoon, and then a leisurely pre-fast meal. Since I am a religious Jew, I love it that Israeli society allows me the luxury of taking my time to transition into the holiest day of the year.

In the days leading up to Yom Kippur, it is traditional to wish one another a “hatima tova,” which literally means: may you have a good “final sealing” (in the Book of Life). Though this wish would seem to display deep religious belief, Israelis from across the religious and secular spectrum have adopted it. It’s interesting because before the New Year “Shana Tova” is the overwhelmingly popular greeting, and only religious people will use the first stage of the traditional greeting (i.e., before Rosh Hashana it’s traditional to say “ketiva ve-hatima tova”– may you have a “good inscription and sealing” in the Book of Life). I guess that after the New Year has been ushered in, people feel that “Shana Tova” is a bit worn and that “Chag Sameach” (Happy Holiday) does not seem a good fit for a fast day, but yet they want a special Yom Kippur greeting and “hatima tova” is it.

One more difference: the white robe known as a kittel is an outward sign of purity and holiness (appropriate for this day when, like angels, Jews do not eat). Most of the men in the various synagogues in which I prayed in the United States did not wear a kittel on Yom Kippur, and I assumed that this was because they did not feel pious enough. However, when I got to Givat Ze’ev, I saw that the kittel was standard attire for men. I decided to go with the flow, and so for many years now I have been a proud kittel-wearer on Yom Kippur. I know that this does not necessarily make me a tzaddik, but I hope that it’s a decent “sealant.”

Teddy Weinberger, Ph.D., writes from Givat Ze’ev, a suburb of Jerusalem. He and his wife, Sarah Jane Ross, made aliyah in 1997 with their five children. Teddy is director of development for Meaningful, a company that works with Israeli nonprofit organizations.