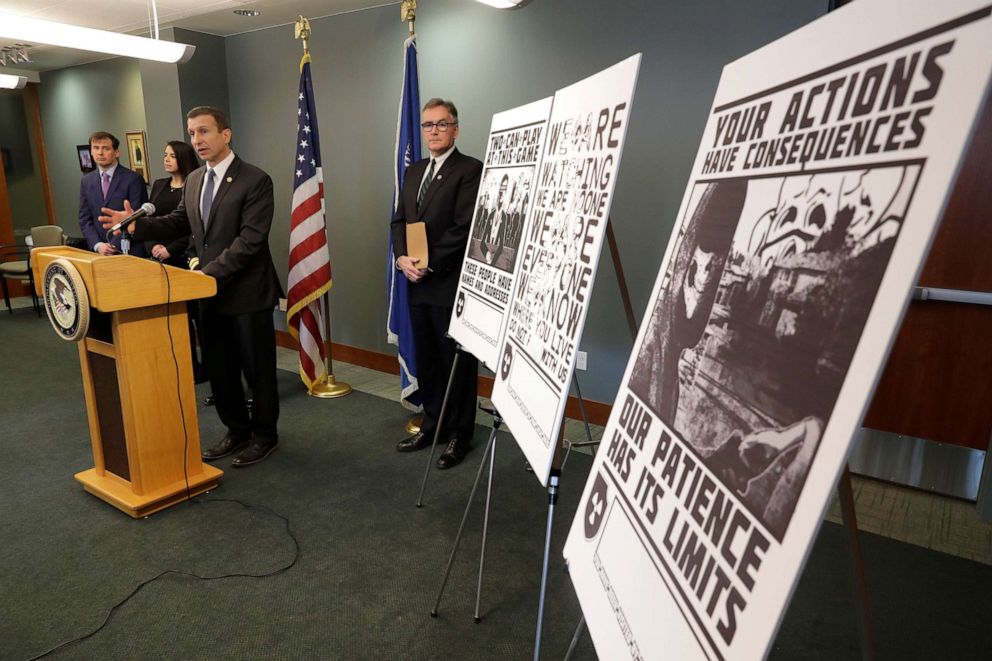 Photo: Raymond Duda, FBI Special Agent in Charge in Seattle, speaks about charges against a group of alleged members of the neo-Nazi group Atomwaffen Division.

It has been a very long few weeks… 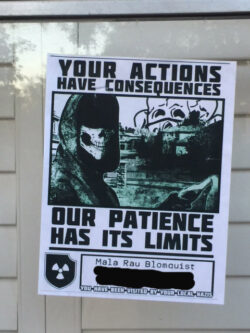 This was posted on a bedroom window at Mala’s home.

Mala Blomquist, our editor for both Oregon and Arizona Jewish Life magazines, was one of the nationwide targets of hate crimes carried out by the neo-Nazi terrorist network, Atomwaffen Division.

Arrests have been made, and now we feel like talking. Actually, we feel an obligation to speak out, to inform and to bear witness to the fact, that anyone can be a victim of hate and terrorism; even the kindest person I know, who is not Jewish but was targeted simply because of her association with a Jewish lifestyle media company.

This was a nationwide campaign of hate and intimidation, targeting journalists in Arizona, Texas, Florida and Washington state.

Thank you to the FBI, Homeland Security, U.S. Department of Justice, the prosecutor, and so many others who were pretty relentless in uncovering and arresting these homegrown terrorists.

And a special mention should be made to the brave news reporters and journalists who pursue these kinds of stories daily, and often at great risks to themselves.

Hug your loved ones a little tighter this evening. I know we will.