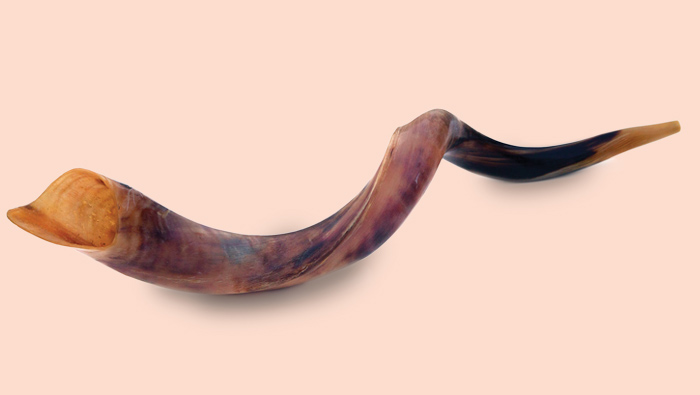 (Note: Jewish holidays start at sunset the evening before the first day of the holiday)

Rosh Hashanah
(Sept. 21-22, 2017)
On Rosh Hashanah the sound of the shofar announces the arrival of the High Holy Days, or 10 Days of Awe that stretch from Rosh Hashanah to Yom Kippur. Rosh Hashanah celebrates the creation of the world, but it is also a solemn day of reflection. The blasts on the ram’s horn awaken us from our spiritual slumber as we begin the process of teshuvah (return). The shofar calls each of us to review our deeds and repent, as we prepare for G-d’s judgment on Yom Kippur. The Rosh Hashanah festival meal includes a round, spiral challah, which symbolizes the cyclical nature of life, the seasons and the Jewish year. The traditional apple dipped in honey symbolizes hopes for a sweet New Year.

Yom Kippur
(Sept. 30, 2017)
Yom Kippur, the Day of Atonement, is a solemn fast day. We pray for forgiveness from G-d and repent sincerely for our sins during the past year. Many people wear white as a symbol of purity and often a white mantle is used to dress the Torah scrolls as well. It is also customary to light 24-hour yahrzeit candles in memory loved ones who have died, and Yizkor, or memorial prayers, are included in the morning service. Yahrzeit candles are lit before lighting the holiday candles at the end of the pre-fast dinner eaten before sundown on the eve of this holy day. All adults in the household whose health permits abstain from food and drink for the next 25 hours. At nightfall the next night, a single, long blast of the shofar signals the end of the fast and families and friends gather for a light break-the-fast meal.

Sukkot
(Oct. 5-11, 2017)
This seven-day festival (eight days in the Diaspora) celebrates the abundance of the fall harvest and commemorates the 40 years the Jewish people wandered in the desert after the exodus from slavery. The sukkah, a temporary three-sided dwelling covered with leafy branches, gives the holiday its name. The sukkah is a reminder of the temporary dwellings our ancestors in ancient Israel used for shelter in the fields during the harvest, as well as the booths they lived in for 40 years in the desert. The festival has two additional main symbols: the lulav and etrog. The lulav consists of palm, myrtle and willow branches bound together. The etrog is a citron, a yellow citrus fruit that looks and smells like a bumpy lemon. It is traditional to bless the Four Species (the lulav and etrog held together) while waving them towards the four compass points, heaven and earth on each day of the holiday except Shabbat.

Shemini Atzeret/Simchat Torah
(Oct. 12-13, 2017)
The days immediately following the end of the festival of Sukkot are the semi-independent holidays Shemini Atzeret (eighth day of Assembly) and Simchat Torah. Some liberal congregations celebrate both in one day as Atzeret-Simchat Torah. These two holidays formally end the season of the High Holy Days. The Torah is a central symbol of Simchat Torah as we read the final verses of Deuteronomy, then immediately recommence the cycle by reading the opening verses of Genesis. The celebration of the annual cycle includes marching around the synagogue with Torah scrolls and flags.

Hanukkah
(Dec. 13-20, 2017)
The flames on the Hanukkiah brighten each of the eight nights of the festival of Hanukkah (light the first candle in the evening Dec. 12). The holiday celebrates the victory of the Maccabees, Jewish military leaders who rebelled against the Greek-Syrian King Antiochus, who forbade the practice of Judaism and desecrated the Temple in Jerusalem. The word “Hanukkah” means “dedication,” and the holiday commemorates the rededication of the Temple after the Maccabees’ victory. The Talmud tells us that when the Maccabees rededicated the Temple, they found only enough holy oil to light the eternal lamp for one day; miraculously the oil lasted eight days, long enough for new oil to be consecrated. That miracle also inspires the popular Hanukkah game of dreidel, a spinning top with Hebrew letters on the four sides representing the phrase “A great miracle happened there (Israel).”

Tu B’Shevat
(Jan. 31, 2018)
Tu B’Shevat takes its name from its date on the Hebrew calendar, the 15th of Shevat. It is called the “Birthday of Trees,” and it celebrates the first beginnings of spring. Tree-planting is a common activity on Tu B’Shevat, but this year would be done before or after, since Feb 11 falls on Shabbat. A tradition of holding a Tu B’Shevat seder, celebrating different kinds of fruits that grow in Israel, has become popular in recent years.

Purim
(March 1, 2018)
On Purim people gather to hear “the Megillah,” also known as the Book of Esther, which tells how the Jews in ancient Persia were saved from the wicked Haman through the leadership of Queen Esther and her cousin Mordecai. When the name of Haman is read, people stomp their feet, hiss, boo or shake noisemakers called groggers to obliterate his name. Some congregations ask people to bring pots and pans to bang and then donate the kitchenware to people in need. Gifts of food – mishloach manot – are also common. The holiday takes on a carnival like atmosphere with many dressing in costumes.

Passover
(March 31-April 7, 2018)
Passover, also known as Pesach, is the eight-day observance commemorating the freedom and exodus of the Israelites from slavery in Egypt. The seder plate with six symbolic foods takes center stage at the seder, a lavish ritual meal where we retell the story of Passover by reading the Haggadah. In addition to the items on the seder plate, each of which represents a piece of the Exodus story, matzah is featured at both the seder and throughout the festival to represent the unleavened bread the Israelites ate when fleeing Egypt. The first seder will be March 30.

Yom HaShoah
(April 12, 2018)
Israel’s Knesset proclaimed the 27th of Nissan “Holocaust and Ghetto Uprising Remembrance Day – a day of perpetual remembrance for the House of Israel.” The date was chosen to fall between the outbreak of the Warsaw Ghetto Uprising in 1943 and the observance of Israel Independence Day. In Israel the wailing of sirens in the morning signals two minutes of silence. At Yom HaShoah commemorations around the world, six memorial candles are often lit to represent the six million Jews murdered in the Holocaust.

Yom Hazikaron
(April 18, 2018)
Yom Hazikaron is Israel’s day of remembrance for the men and women, boys and girls who lost their lives to war or terrorism. It is commemorated on the 4th of Iyar. As the sun sets that evening, Israel turns from mourning to the celebration of Yom Ha’atzmaut. On both Yom Hazikaron and Yom Ha’atzmaut, Israeli flags and blue and white clothing are common.

Yom Ha’atzmaut
(April 19, 2018)
Yom Ha’atzmaut is the national independence day of Israel, commemorating the Jewish state’s declaration of independence. Celebrated annually on the 5th of Iyar, it centers around the declaration of the state of Israel by David Ben-Gurion in Tel Aviv on May 14, 1948 (5 Iyar, 5708) and the end of the British Mandate of Palestine.

Lag B’Omer
(May 3, 2018)
Lag B’Omer is celebrated on the 33rd day of the counting of the omer, the seven weeks from Passover to Shavuot. The counting is intended to remind us of the link between Passover, which commemorates the Exodus, and Shavuot, which commemorates the giving of the Torah. It reminds us that the redemption from slavery was not complete until we received the Torah. Bonfires are traditionally parts of Lag B’Omer, a day of joy during an otherwise solemn period.

Shavuot
(May 20-21, 2018)
Shavuot commemorates the anniversary of the day G-d gave the Torah to Moses and the Israelites at Mount Sinai. Traditions on Shavuot include all-night study of the Torah on the first night, reading the Book of Ruth and hearing the Ten Commandments in synagogue. It’s also traditional to eat dairy meals since the Jewish people had just received the laws of kashrut and had not yet had time to apply them to animal slaughter.

Tisha B’Av
(July 22, 2018)
Tisha B’Av is a fast day that commemorates the destruction of the First and Second Temples. It has also become a day of general mourning for other disasters that befell the Jewish people, including the Edict of Expulsion from England in 1290, the expulsion of the Jews from Spain in 1492 and the mass deportation of Jews from the Warsaw Ghetto during World War II. We commemorate these tragedies by fasting and reading the Book of Lamentations.