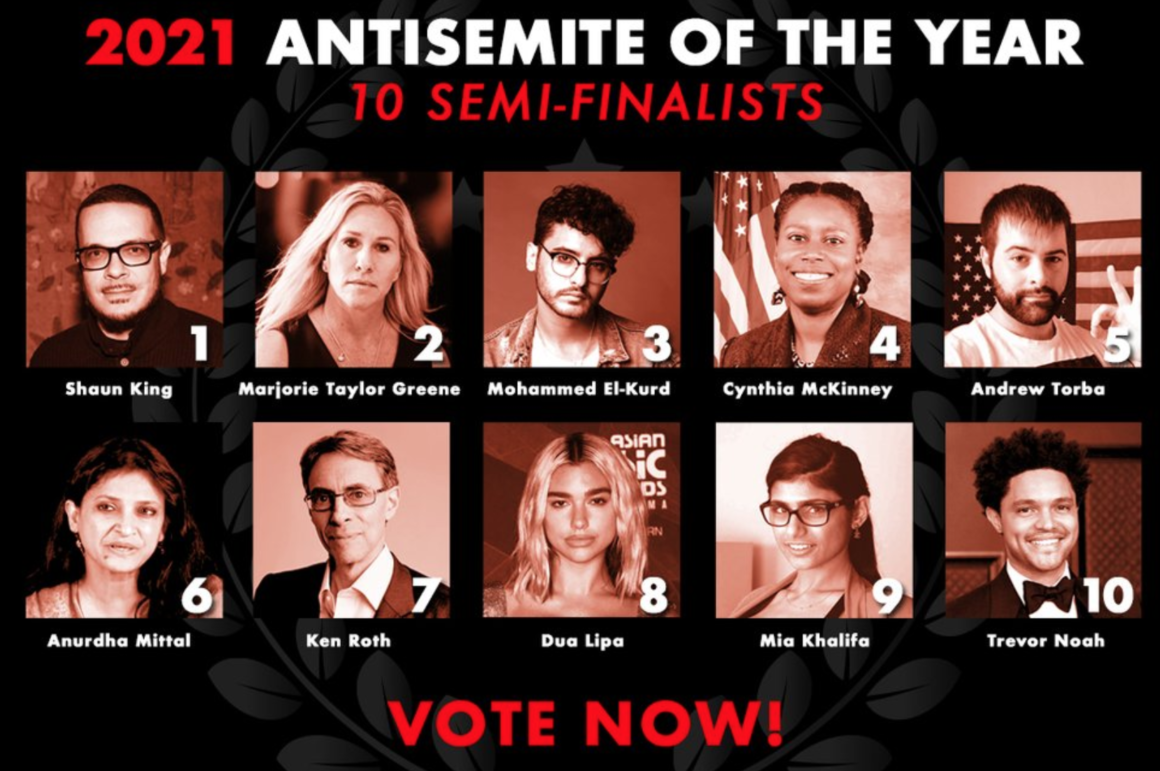 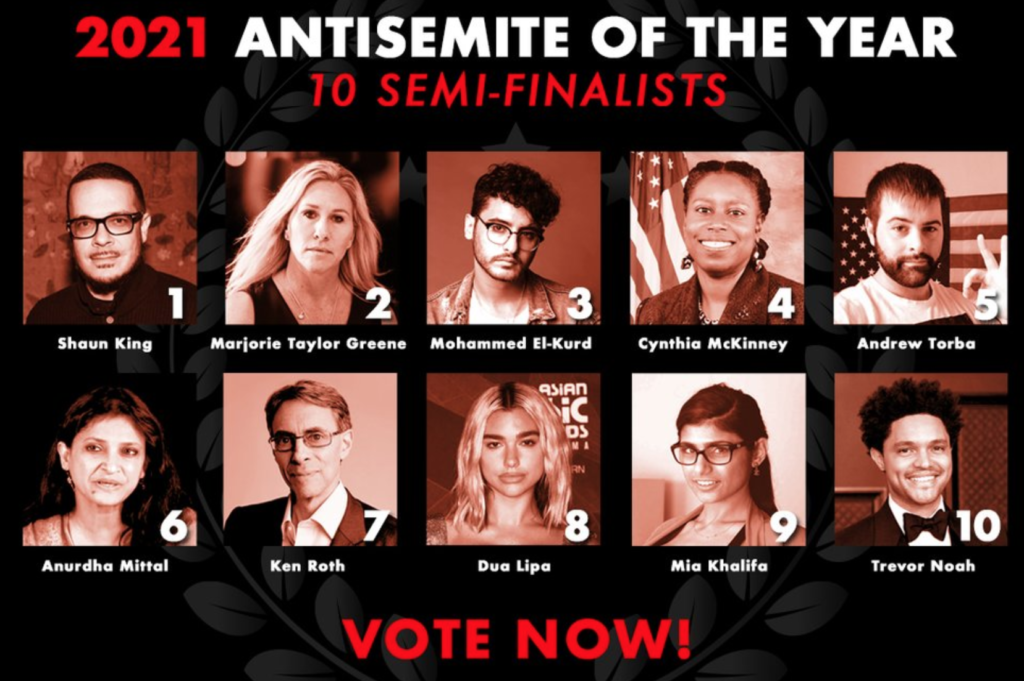 Voting is now open for the third annual Antisemite of the Year Contest, a competition run by watchdog group StopAntisemitism designed to hold accountable those who propagated the most hatred against Jews in 2021.

Antisemitic incidents in the U.S. and around the world skyrocketed in 2021, making this year’s contest the most competitive to date. Ten bigots who have been featured as StopAntisemitism’s Antisemite of the Week are vying for the title. The top three finalists will be announced on December 6, and the winner will be crowned on December 27, 2021.

To cast your vote for the worst antisemite in 2021, visit StopAntisemitism.org.

This year’s 10 semifinalists are:

Marjorie Taylor Greene – Republican Congresswoman from Georgia who was stripped of her committee assignments after her many antisemitic conspiracy theories came to light.

Mohammed El Kurd – Palestinian Correspondent at The Nation who has encouraged and incited violence against Jewish communities, praised Jew-killing terrorists, and actively spreads hateful lies via his writing at The Nation and on social media.

Cynthia McKinney – Former Georgia Democratic Congresswoman who claimed the Zionists were responsible for 9/11 and has promoted several other antisemitic conspiracy theories.

Andrew Torba – Founder and CEO of Gab, a far-right social media platform that hosts neo-Nazis such as Tree of Life murderer Robert Bowers. Torba has also used his platform to post antisemitic tirades of his own.

Trevor Noah– Host of The Daily Show who has blamed Israel for defending itself against terrorist attacks and has repeatedly shared antisemitic tropes on social media.

“This award is important because it exposes antisemites who think they can get away with their hate,” says StopAntisemitism CEO and Founder Liora Rez. “Sadly, we’ve witnessed a spike in antisemitism this year, but we continue to work relentlessly to call out antisemites and hold them accountable. Our Antisemite of the Year Contest is one of the ways to do so.”