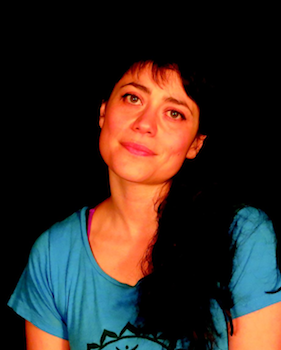 Eric Stern is well known for his work with the Vagabond Opera, a self- proclaimed Bohemian Cabaret ensemble. As a trained musician and operatic singer, Eric is accustomed to being on stage. He is a member of both Congregation P’nai Or and Chabad’s Congregation Beis Menachem in Portland. He says, “The music and the way they perform the rituals of Judaism influence my compositions and stage presence.” As a storyteller, Eric is informed and inspired by the Jewish culture. “Jewish people are natural storytellers,” he says. “When you’re a part of a culture that’s been around for a very long time, it informs your storytelling. The stories you tell are derived from stories you’ve heard. You’re the next link in the chain.”

Lawrence Howard grew up as the middle child of a Jewish family in New York, and for the better half of his adult life he rejected Judaism. At his father’s funeral a decade ago, Lawrence recited the Kaddish and “felt a deep connection to the ancient tradition.” Since then, he has reunited with his Jewish faith and told countless stories on and off the stage about his relationship with his father and Judaism. The piece he will perform at this year’s Singlehandedly! is about his relationship with his father and the passing down of rituals from one generation to the next.

Annie Rosen is a graduate of Dell’Arte International School of Physical Theater and received a bachelor’s degree in storytelling and world narrative from Pitzer College. She is constantly inspired by a very musical, talented and encouraging family of both Latino and Jewish descent. Growing up, Annie’s grandmother was the strongest Jewish force in her life. She learned that “when you tell a story you also show it. It comes through in your face and in your movements.” From a young age, she learned the nuances that make a story compelling. The specific pauses, timing and expressions she picked up from her time spent in Israel and with Jewish relatives have influenced her speech pattern and storytelling style.

Taylor Long is the volunteer media manager for Portland Story theater and a US Public Relations Specialist at LaCie.