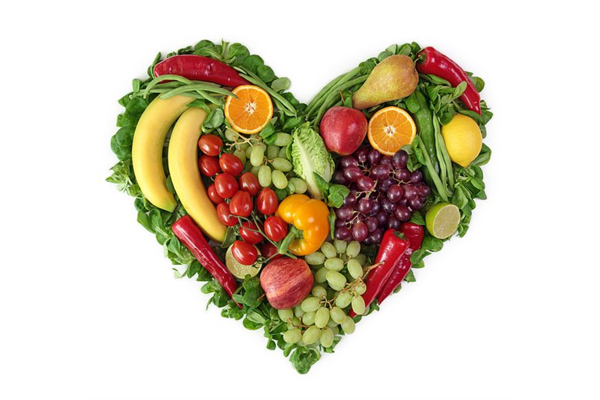 Rosh Hashanah is the time when Jews take stock of their lives and consider new beginnings. Perhaps the most significant and meaningful change that Jews should consider this year is a shift away from diets that have been having devastating effects on our health and the health of our increasingly imperiled planet. While many Jews seem to feel that the holiday celebration can be enhanced by the consumption of chopped liver, gefilte fish, chicken soup, and roast chicken, there are many inconsistencies between the values of Rosh Hashanah and the realities of animal-centered diets. Please consider:

1. While Jews ask God on Rosh Hashanah for a healthy year, animal-centered diets have been linked to an epidemic of heart disease, strokes, several forms of cancer, and other illnesses. Trying to cure these diseases has resulted in soaring medical costs. Also, over 50 percent of the antibiotics produced in the U.S. are used in animals feed, resulting in bacteria building up immunities which make the antibiotics less effective in combating diseases. Another health-related matter is that the widespread production and consumption of meat and other animal products makes future pandemics more likely.

2. While Jews pray on Rosh Hashanah for God’s compassion during the coming year, many Jews, as well as most other people, partake in a diet that involves animals being raised for food under cruel conditions, in crowded, confined cells, where they are denied fresh air, exercise, and any emotional stimulation.

3. While Jews pray for a peaceful New Year, animal-centered diets, by wasting land, grain, water, energy and other valuable resources, help to perpetuate the widespread hunger and poverty that often lead to instability and war.

4. While Jews pray on the Jewish New Year that God provides adequate sustenance, about 70% of the grain grown in the United States is fed to animals destined for slaughter, as nine million people die annually because of hunger and its effects and over ten percent of the world’s people are chronically malnourished.

5. While Jews commemorate the creation of the world on Rosh Hashanah, animal-based agriculture is a major contributor to many global threats, such as climate change, soil erosion and depletion, air and water pollution related to the production and use of pesticides and chemical fertilizer, and the destruction of tropical rain forests and other habitats. This is an especially timely issue now because of the many recent reports of severe, widespread droughts, storms, floods and wildfires, the rapid melting of polar ice caps and glaciers and the fact that climate scientists are projecting that climate change may soon reach an irreversible tipping point and spin out of control, with disastrous consequences, unless major positive changes soon occur. Israel is especially threatened by climate change because the much hotter and drier Middle East that climate experts are predicting makes terrorism and war more likely, and the coastal plain which contains most of Israel’s population and infrastructure might be inundated by a rising Mediterranean Sea.

6. While Rosh Hashanah is a time when we are to “awake from our slumber” and mend our ways, the consumption of meat on Rosh Hashanah means that we are continuing the habits that are so detrimental to our health, to animals, to hungry people, and to ecosystems. While we symbolically cast away our sins at tashlich during Rosh Hashanah, the eating of meat means a continuation of the “sins” associated with our diets, with regard to the treatment of animals, protecting our health, polluting the environment, and wasting food and other resources. While Rosh Hashanah is meant to be a time of deep contemplation when we carefully examine our deeds, most meat-eaters seem to be ignoring the many moral issues related to their diets.

In view of these and other apparent contradictions, I hope that Jews will enhance their celebrations of the beautiful and spiritually meaningful holiday of Rosh Hashanah by making it a time to begin striving even harder to live up to Judaism’s highest moral values and teachings by moving toward a vegetarian or vegan diet. Such a move would help revitalize Judaism by showing that we are applying our highest values, would improve the health of many Jews, and would help shift our imperiled planet onto a sustainable path.