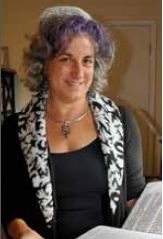 Rabbi Daniel Isaak reflects on one concept in the Torah that has impacted the world “And God created the human in His image, In the image of God He created him, Male and female He created them.” (Genesis 1:27, Alter translation)

All human beings, regardless of race, nationality or religious heritage, are of equal value before God. This cardinal ethical principle emanates directly from the story of creation in the first chapter of Genesis. Many Jewish notions about the nature of God, humanity and their interplay are laid out in the first two parshiot of Genesis, before we are introduced to Abraham and the emerging epic of the Jewish people. No class of human beings may think of itself as innately superior. Though depicted in Western art as white, God creates Adam devoid of race or ethnicity. Thus all human beings mysteriously are envisioned as evolving from a single progenitor. And created simultaneously with Eve, at least according to the first chapter of Genesis, we are also mandated not to conceive of superiority in gender either.

Though wars may be explained as based in rights over land or economics or ideology, at base human conflict emerges essentially from the notion that one group conceives of itself as superior to another. The imperialist mind often sees its mission not only to rape the conquered territory of its natural riches, but to civilize the primitives. Similarly reprehensible were Nazi notions of racial eugenics.

Rava, a famous Talmudic authority, best articulates this Jewish notion of the essential sanctity and equality of every human being. He was confronted by a man who related that the governor of a particular city had ordered him to slay another or be killed himself. Rava warned, “Rather than slay another, you yourself must submit to death. How do you know that your blood is redder than his? Perhaps his blood is redder than yours!” (Sanhedrin 74a) By killing in order to save one’s own life, the killer would act immorally by placing his life on a higher plane than that of his victim.

Mercifully none of us confronts the conundrum of Rava’s inquirer. However, whenever we prioritize ourselves over that of our fellow, asserting superiority or pushing others aside, we too are guilty of claiming our blood as redder. Shoving ourselves in line ahead of others is the example Rabbi Joseph Telushkin offers. In doing so, we proclaim our interests and our time of more value than that of others. Perhaps, as Rava suggests, their blood might just as well be as red or redder than ours.