Every year we hear suggestions intended to help people have an easier fast on Yom Kippur. Many of the suggestions can be quite helpful; others are not. This year I have decided to compile a list of what I hope will be helpful suggestions based on a naturopathic medical perspective.

Before beginning your fast, begin to wean yourself from any substances you might be addicted to, such as caffeine and foods that are simply not nutritious, like cookies and candy bars. This list should also include chocolate, coffee, soda pop, black tea, aspartame, sugar, corn syrup and any other substances that you either cannot pronounce or are convinced were concocted in someone’s laboratory or basement experiment. The reason is that many people suffer from withdrawal headaches when they give up substances like caffeine, making fasting a very unpleasant experience.

A few days before the fast, begin drinking plenty of fluids. I have heard people suggest drinking plenty of water. That is a good idea, but I am more inclined to recommend people drink liquids that contain electrolytes in addition to water. My favorite is coconut water, which has a higher amount of potassium per glass than nearly three bananas. If you don’t care for coconut water, you might want to try sports drinks that are high in electrolytes. They will give your body the fluid and electrolytes you need in order to avoid dehydration. However, I would avoid sports drinks high in sugar or corn syrup.

Begin decreasing your salt intake a full day before the start of the fast. (The meal before your fast should contain no added salt.) Excessive salt can make going without water for 25 hours extremely difficult. Avoid eating cured or overly salted meats, like brisket and tuna fish and other canned goods that have added salt (canned tuna that is unsalted is fine). Also avoid salty sauces like pasta sauce and gravy.

Before a fast many people will mistakenly eat a large meat meal like brisket, only to be wracked by thirst a few hours afterward. So avoid any meat dishes that are high in salt.  In general, I advise people not to eat red meat at all. Red meat requires plenty of water to be digested and eliminated from the body, and even when no salt is added, we tend to become thirsty after eating red meat. In our house we eat a pre-fast meal that is either vegan or milk-based and avoid eating meat altogether.

Avoid processed foods. These include microwavable meals and ready-to-serve meals high in sodium and laden with manmade chemicals. Instead, keep your meals simple, and flavor them using a little lemon juice or a dash of curry powder for extra flavor.

Begin loading up on carbohydrates a few days before your fast. Carbohydrates are stored in the liver and bind to water, keeping you hydrated. They can give you added energy throughout the day. Good choices for complex carbohydrates include whole-wheat pasta, whole grains and root vegetables like carrots, yams and sweet potatoes.

Have a little protein before your fast. This can be in the form of baked or boiled chicken or a vegetarian dish of beans, like hummus or some other bean dish. Beans burn slowly, are versatile and are high in fiber, keeping you full longer. A simple meal of hummus and whole-wheat pita is a great pre-fast meal.

Avoid overeating before the fast. If you overeat, you may become uncomfortable and thirsty early on. Instead, eat until you are satisfied but no more.

Do not overexert yourself on Yom Kippur. If you must walk long distances to get to the synagogue, avoid exposure to direct sunlight by walking on the shady side of the street, or think about arriving at synagogue a little early if it will be too hot later in the day.

Make sure to rest when you can and pace yourself.

Hopefully, with these simple suggestions, the holiday will be a far more pleasant experience with far less discomfort. 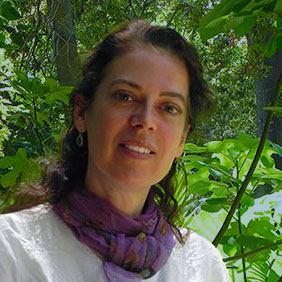 Whimsy Anderson, N.D., is a naturopathic doctor licensed to practice in the state of California. Her work has included extensive research on human adaptation and various cultural approaches to health and healing. She has also focused on the roles ancestry and environment play in determining optimum health and diet. Printed with permission. (Originally on 9/1/12)

'Preparing for Yom Kippur: How to make your fast as pain-free as possible' has no comments