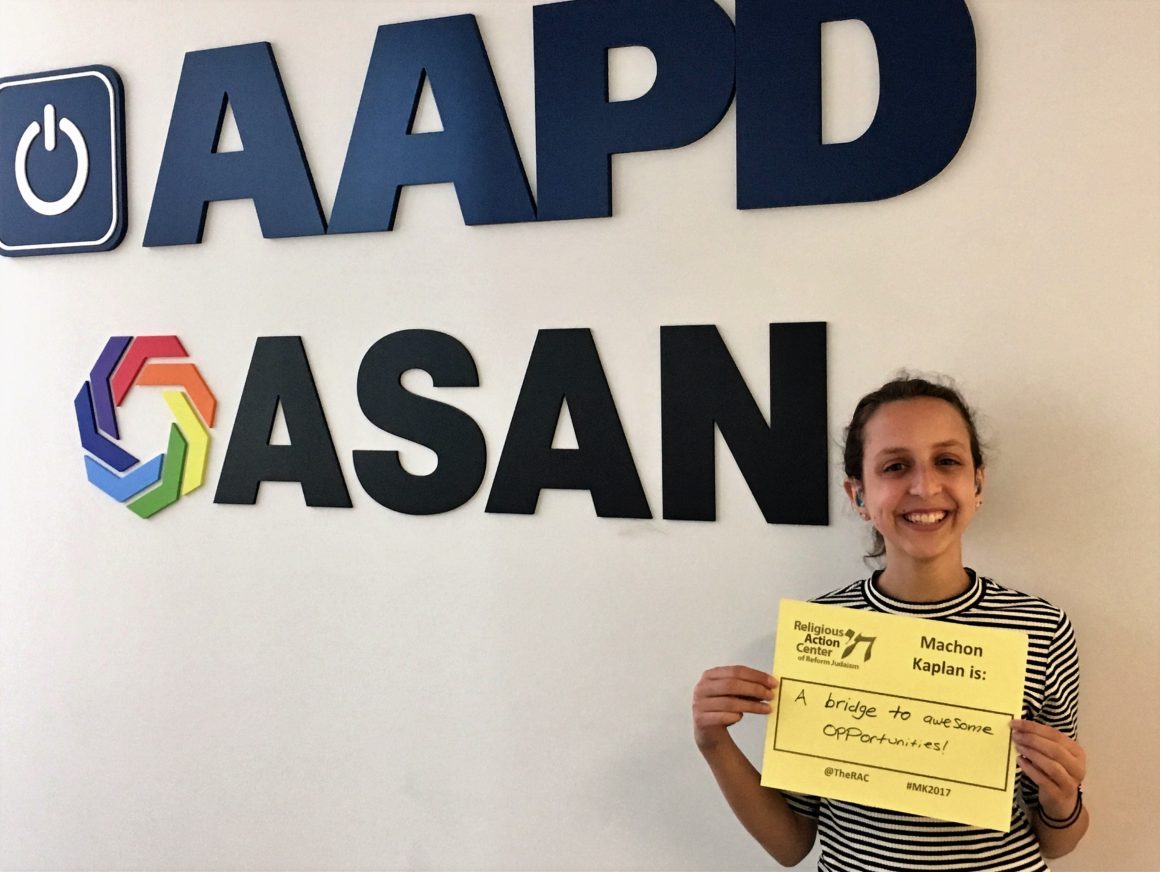 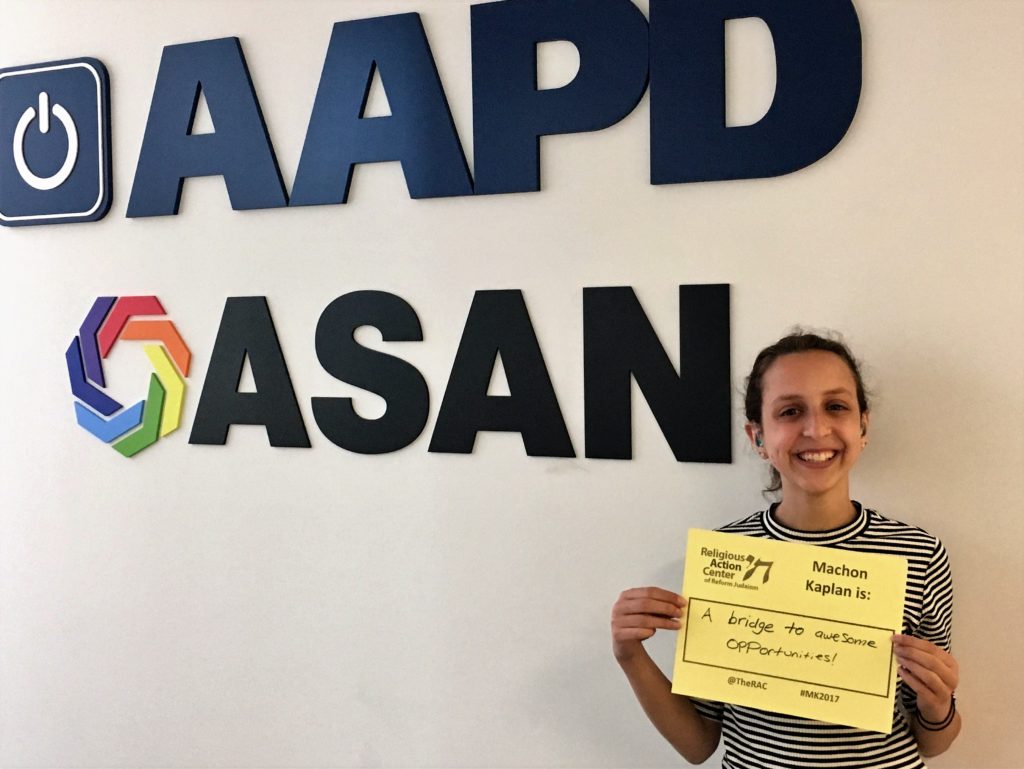 This summer Sarit Cahana’s passion for Judaism, social justice and advocacy brought her to Washington, D.C., for the Machon Kaplan program at the Religious Action Center of Reform Judaism. Sarit is the daughter or Rabbi Michael Z. Cahana and Cantor Ida Rae Cahana of Portland’s Congregation Beth Israel. “We are very proud,” says Rabbi Cahana.

Machon Kaplan is a summer study-internship program that engages students on critical social justice issues from both an academic and practical viewpoint. Program participants, like Sarit, intern at a public policy organization, such as the NAACP, Interfaith Alliance, AFL-CIO, HIAS, Public Citizen, and the Jewish Federations of North America, seeing firsthand how groups pursue legislative advocacy, how policy is crafted and how interns can harness their own energy to make social change.

While in Washington, D.C., Cahana is working with the American Association of People with Disabilities, whose goal is to increase the political and economic power of people with disabilities. In working with AAPD, Cahana’s goal is to experience working at a nonprofit and learn how to work in the field of disability rights.

“I’m learning what it truly means to be an advocate for disability rights,” said Cahana. “I am going to practice advocacy skills further when I return to campus and plan to teach people what I learned during my internship and the Machon Kaplan program.”

The Cahana family – including triplet daughters Sarit, Liora and Idit, and son, David – moved to Portland in 2006. Sarit graduated from Portland Jewish Academy and Wilson High School. She was president of PARTY, CBI’s high school youth group. She received a scholarship from the Sussman Fund, administered by the Jewish Federation of Greater Portland. During high school she also participated in the Oregon Jewish Community Youth Foundation.

“As an OJCYF member, Sarit was always ready to volunteer and do what was needed,” says OJCF President and CEO Julie Diamond. “She jumped in with no hesitations and culminated her four years with OJCYF by taking on increasing leadership responsibilities, including serving as co-chair of the OJCYF Annual Benefit Dinner. Sarit is a keen thinker, a warm and devoted friend, and a young leader who brings her passion for Jewish values to all she undertakes.”

In addition to their placements, students take specially designed academic courses that teach the application of Jewish values to current social justice issues such as the environment, civil rights, LGBTQ equality, and the separation of church and state, among others.

Most participants also live together, forming a residential community, participating in weekly programs that include exploring the city’s monuments and museums, as well as studying various Jewish texts that connect to the contemporary policy issues that they are advocating for at their internships.

The Religious Action Center of Reform Judaism is the Washington office of the Union for Reform Judaism, whose nearly 900 congregations across North America encompass 1.5 million Reform Jews, and the Central Conference of American Rabbis, whose membership includes more than 2,000 Reform rabbis.