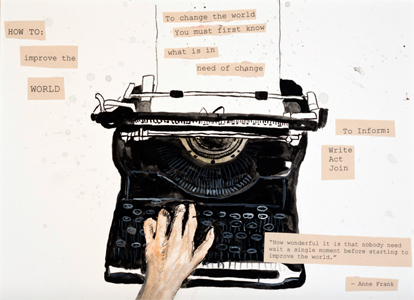 The Sala Kryszek Art & Writing Competition for middle and high school students encourages youth to evaluate history, foster an awareness of the Holocaust, and broaden their minds in the areas of art, history, civics, sociology and literature.

Each year the Oregon Jewish Museum and Center for Holocaust Education sponsors the art and writing contest named in honor of Sala Kryszek, a Holocaust survivor who immigrated to Portland, where she lived until her death in 1986. Her husband, Jakob, began the contest to honor her memory and to promote Holocaust education and remembrance. Jakob was actively involved with the art and writing contest until his death in May of 2019.

Usually, by Yom Hashoah, the contest deadlines have come and gone and winners have been selected. But this year, due to COVID-19 and school closures, the art and writing submission deadlines have been extended. They will also have separate deadlines this year.

For the competition, students are presented with a prompt that becomes their cue to create a piece of writing or a work of art. 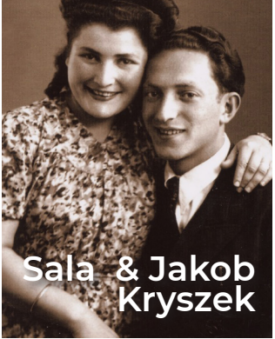 The prompt for the contest provides an opportunity for students to consider the circumstances in which a situation like the Holocaust can occur. Entries can reflect a wide range of literary and world history topics, although students are asked to relate their responses in some way to what they’ve learned about the Holocaust.

The following is the art and writing prompt for this year’s competition:

Language can be used as a tool of hate. Hate speech-language that expresses intolerance, anti-Semitism, racism and prejudice against a particular group – can serve both as a warning sign and catalyst to genocide and mass atrocity. The Nazi party used both written and spoken words, as well as visual media, to disseminate hateful ideas. Their consistent inflammatory speech was intended to not only vilify and humiliate Jews but shape the perceptions and attitudes of how non-Jews viewed and treated Jews.

Hate speech can have the power to influence ordinary people to accept, approve of, or commit violence, as happened during the Holocaust, when six million Jewish men, women and children, and millions of people from other minority groups, were murdered.

Reflecting on Holocaust history, create a piece of writing or work of visual art that examines how hate speech was expressed, why it was effective at oppressing Jews and other minorities, and its consequences for modern society.

All writing entries must be submitted and received by OJMCHE by May 15, 2020. Please visit ojmche.org and click on “education” and “Sala Kryszek Art & Writing” for submission guidelines.

All art entries must be submitted and received by OJMCHE by May 30, 2020. Students may choose to upload their entry and artist statement to Dropbox or mail their entry to OJMCHE directly. Any entry that is mailed will be photographed by an OJMCHE educator and uploaded to Dropbox. Judges will be viewing the photographs only. Please see the art guidelines for detailed submission instructions following the ojmche.org link instructions above.

After the contest, student artwork and writing samples will be on display at the OJMCHE.

In the past, winners of both the art and writing contests have received a trip to Washington, D.C., and the U.S. Holocaust Museum accompanied by a teacher and parent.