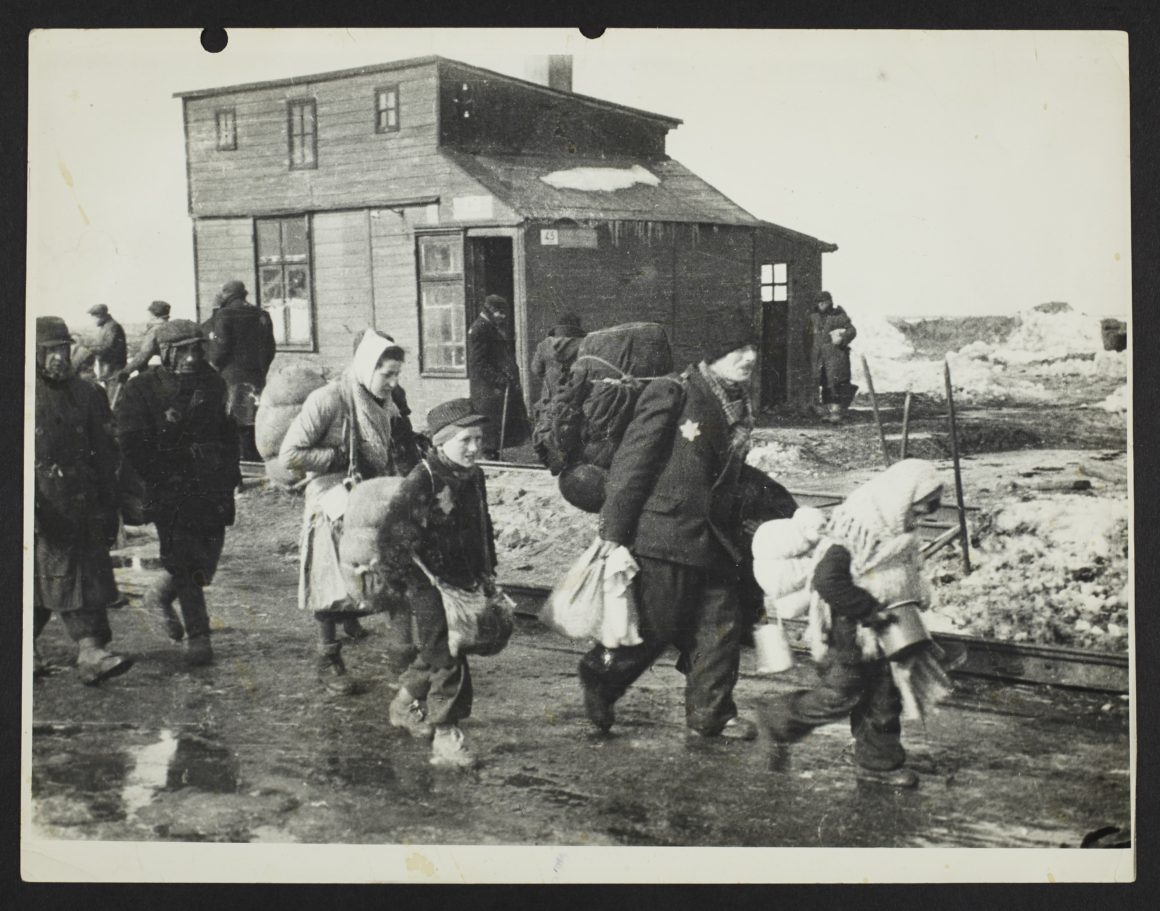 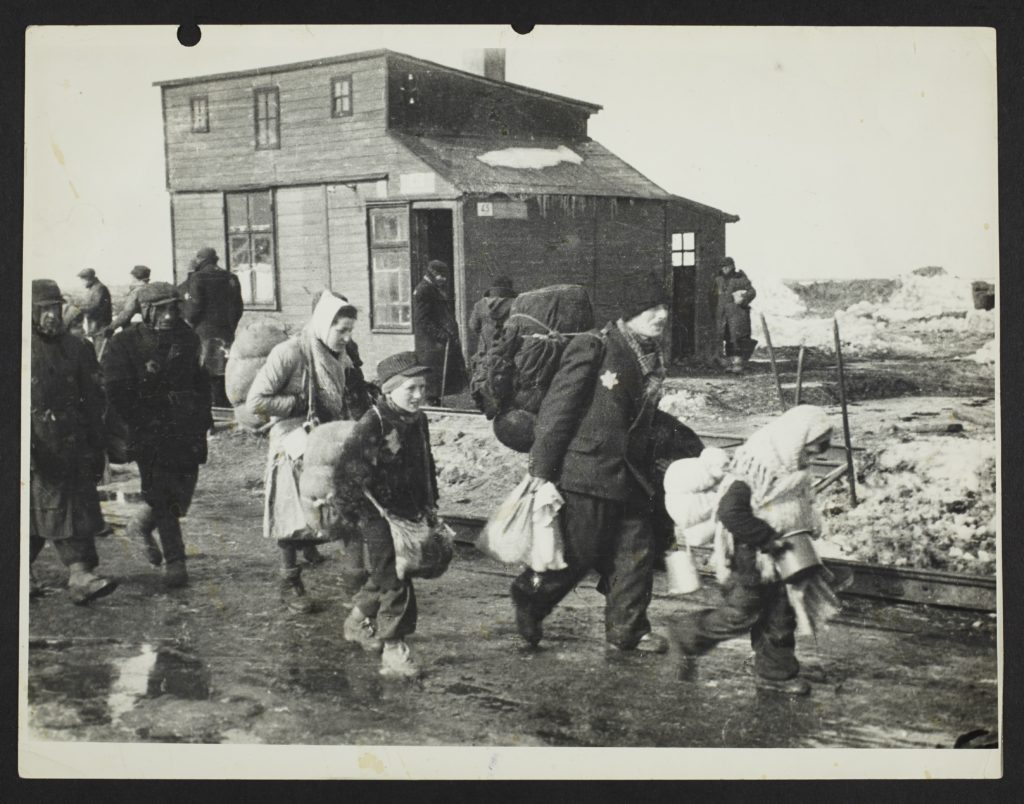 “I buried my negatives in the ground in order that there should be some record of our tragedy.” ~ Henryk Ross

This fall, in partnership for the first time, the Portland Art Museum and Oregon Jewish Museum and Center for Holocaust Education present Memory Unearthed (at PAM) and the Last Journey of the Jews of the Lodz Ghetto (at OJMCHE).

Together, these exhibits offer an extraordinarily rare glimpse of life inside the Lodz Ghetto through the lens of Polish Jewish photojournalist Henryk Ross (1910-1991). Situated in the heart of Poland, the city of Lodz was occupied by German forces in 1939. More than 200,000 people were forcibly relocated and moved through the ghetto during its four years of operation. Upon liberation by the Red Army in 1945, only 877 Jews remained alive in Lodz Ghetto.

Henryk Ross, confined to the ghetto in 1940, was forced to serve as a bureaucratic photographer, making official photographs for Jewish identification cards and images used as propaganda promoting the ghetto’s efficiency. At great risk to himself, Ross also documented the brutal realities of life under Nazi rule, culminating in the deportation of tens of thousands to death camps at Chelmno and Auschwitz. Hoping to preserve a historical record, Ross buried more than 6,000 of his negatives in 1944. Returning after Lodz’s liberation, he found more than half had survived, and he spent the rest of his life sharing the images. Some 125 of these photographs are included in Memory Unearthed, a visual and emotional meditation on a harrowing moment in history – one that points to the power of the photograph.

“These powerful images reveal, as well as remind us, of the unfathomable suffering inflicted upon millions during World War II. It also confirms how essential museums are in our community, providing public forums for us to confront and learn about our shared humanity,” says PAM Director Brian Ferriso. “We are indebted to the courage of photographer Henryk Ross, and I am honored that the Portland Art Museum has the opportunity to partner with the Oregon Jewish Museum and Center for Holocaust Education on this significant exhibition.”

The companion exhibition, on view at OJMCHE, explores Ross’ work in creating The Last Journey of the Jews of Lodz, published 1961-62 by S. Kibel Publishing, Tel-Aviv. This multi-language book about life in the ghetto is illustrated with his photographs.

The exhibition features modern prints from Ross’ original negatives that juxtapose his official work for the ghetto’s Administrations Statistics Department with the clandestine images he shot of the real life of the ghetto; it also includes archival documents from the period in the Lodz Ghetto.

The publication of The Last Journey of the Jews of Lodz came shortly after Ross testified at the trial of the Holocaust mastermind, Adolf Eichmann, at which Ross’ photographs of inflicted cruelties were presented as evidence.

“Similar to the survivor testimonies in our oral history collection, Ross’ photographs transcend time and place,” says OJMCHE Director Judy Margles. “Using his camera as a tool of resistance, he emboldens the viewer to envision the complexity of human experience in the ghetto. ‘Normal’ activities such as birthday and wedding celebrations butt up against the misery of living in constricted space and the pain of separation from family members. We are grateful to be partnering with the Portland Art Museum on the presentation of these timely exhibitions.”

Together, PAM and OJMCHE serve as the first West Coast venues for this critical body of work, and both will offer a full slate of exhibition-related programming through the run of the exhibitions.