As part of a philanthropic initiative to make culturally important records available to everyone, Ancestry – the global leader in family history and consumer genomics – has announced the release of two unique Holocaust record collections. These new records will be accessible globally to the public – members and nonmembers alike – on ancestry.com/alwaysremember on a permanent basis.

The Arolsen Archives, an international center on Nazi persecution with the world’s most comprehensive UNESCO-protected archive on victims of National Socialism, granted Ancestry unprecedented access to publish the digital images of these important documents. Ancestry then used advanced technology to digitize millions of names and other critical information found within these records, which are now searchable online for the first time ever. As a result of this partnership, people around the world will now be able to digitally search two distinct record archives to learn more about their family history during and after the Holocaust.

Prior to making this collection available online, access to these critical and high-demand records required manual requests for document copies that could take time for the archive to locate and provide. As of July 31, people are able to view both Holocaust and Nazi persecution related archives to identify immigrants leaving Germany and other European ports as well as “non-citizens” persecuted in occupied territories.

Africa, Asia and Europe Passenger Lists of Displaced Persons (1946-1971): This collection tracks people relocated by the war as they journeyed to rebuild their lives. It includes displaced persons leaving Germany and other European ports and airports between 1946-1971. The majority of the immigrants listed in this collection are displaced persons – Holocaust survivors, former concentration camp inmates and forced laborers, as well as refugees from Central and Eastern European countries and certain non-European countries. (1.7MM records/300K images)

Europe, Registration of Foreigners and German Individuals Persecuted (1939-1947): Registers of those living in Germany and German occupied territories with non-German citizenship, stateless persons and also German Jews. This collection is not restricted to people who were incarcerated in camps or other locations. These documents may also include information on those who died, including burial information. (9.97MM records/900K images) 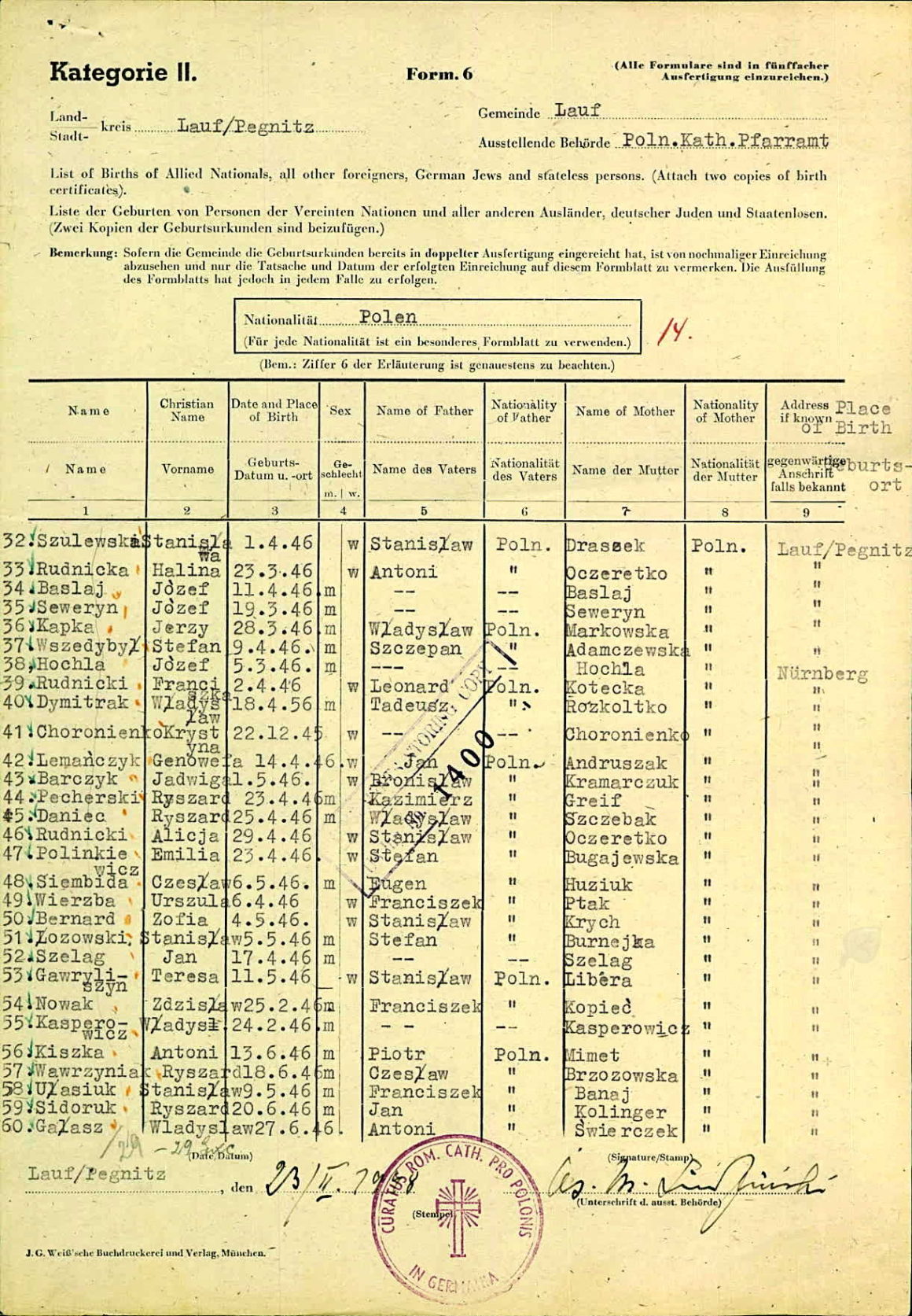 “We are proud to be working with Ancestry on this important project. They have been a respectful and trusted partner in helping to break down some of the barriers for people seeking information about their families,” said Floriane Azoulay, Director of Arolsen Archives. “With the number of Holocaust survivors dwindling every day, it is more important than ever to ensure these records live on.”

Copies of the indexed records will also be donated to Arolsen Archives and to the 11-nation International Commission of digital copy holders of the archives including Yad Vashem in Israel and the United States Holocaust Memorial Museum in Washington, D.C., to post on their website as well.

“This collection will help people learn more about the magnitude of the Holocaust, those who lived through it and those who perished as a result of it,” said Howard Hochhauser, Chief Financial Officer and Chief Operating Officer at Ancestry. “These records are also deeply personal for me. Because of Arolsen Archives and the U.S. Holocaust Memorial Museum, I was able to unlock a story about my own grandmother’s experiences as a Holocaust survivor in Germany.  Sharing her story of strength, struggle and resiliency with my family was a powerful and moving moment, and one I’ll never forget.”

These newly released records will also be a part of AncestryK12®, a no-cost program for K12 schools that includes access to content from Fold3, a collection of US military records, including photos and personal documents of the men and women who served, and Newspapers.com, online home of 216 million+ pages of historical newspapers, and the U.S. collection of Ancestry.

With the memory of the Holocaust fading, a 2018 survey found that over one-fifth of Millennials (22%) hadn’t heard of or weren’t sure if they had heard of the Holocaust, it is more important than ever to give students access to these records, allowing them to learn more about this time period and bring further awareness to the powerful stories from this moment in history.

The Ancestry Holocaust Remembrance collection is the most recent collection of digitized records for individuals of Jewish descent. The records available today include those from the American Zone of post-war occupied Germany. Ancestry will continue to add a significant number of documents from the Arolsen Archives to its digital database in early 2020. These will include records from other allied zones, including the British, French and Soviet zones. In addition, Ancestry also continues its longstanding relationship with the U.S. Holocaust Memorial Museum. Together they have digitized 35 collections and over 1.8 million records from the museum’s vast archives.

“It has been more than 70 years since the Holocaust and the number of living witnesses and survivors continues to decline every day,” commented Diane Afoumado, Ph.D., Chief, Research and Reference Branch of the U.S. Holocaust Memorial Museum. “The hope is that by continuing to make this information available online, even after those who lived through the Holocaust are gone, educators, families of survivors and victims, and the general public will be able to grasp the significance of the Holocaust and impact it had on the generations that followed.”