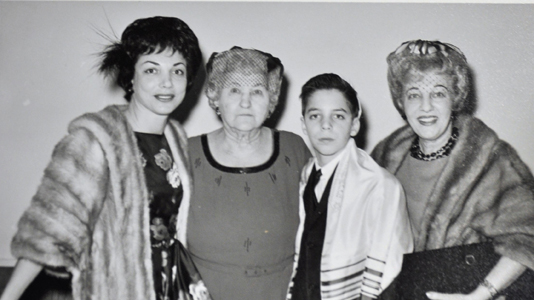 At age 11, Mark Padgett was paid $1 each Sunday to help his grandfather track scores for the mafia’s sports betting operation in Chicago. He parlayed that early interest in sports into his 25-year avocation as a basketball referee in Tigard.

Now 70, Mark lives on the Cedar Sinai Park campus in Rose Schnitzer Manor, which he calls a great place to live with kosher food and fun activities (including the occasional trivia night he hosts). He’s known on campus for the daily joke he shares with all who have a moment for a smile. Many of the jokes are from one of his grandsons. Mark’s three children Mindy, Jennifer and Joshua all live in the Portland/Salem area.

Mark says he developed his affinity for humor while attending a rough junior high. “I learned to tell jokes (because) it kept the tough guys from pommeling me,” says Mark.

But humor wasn’t the only thing he learned growing up in Chicago. As long as he can remember, he knew some of his family was involved with the mob.

When Mark was 8, the family moved from Chicago’s Southside to Chicago Heights, which he says was a mob-run neighborhood.

“I’d visit a friend and the family would be planning a heist,” says Mark, noting they didn’t stop talking when he arrived. “They trusted me because most had known my grandfather.” 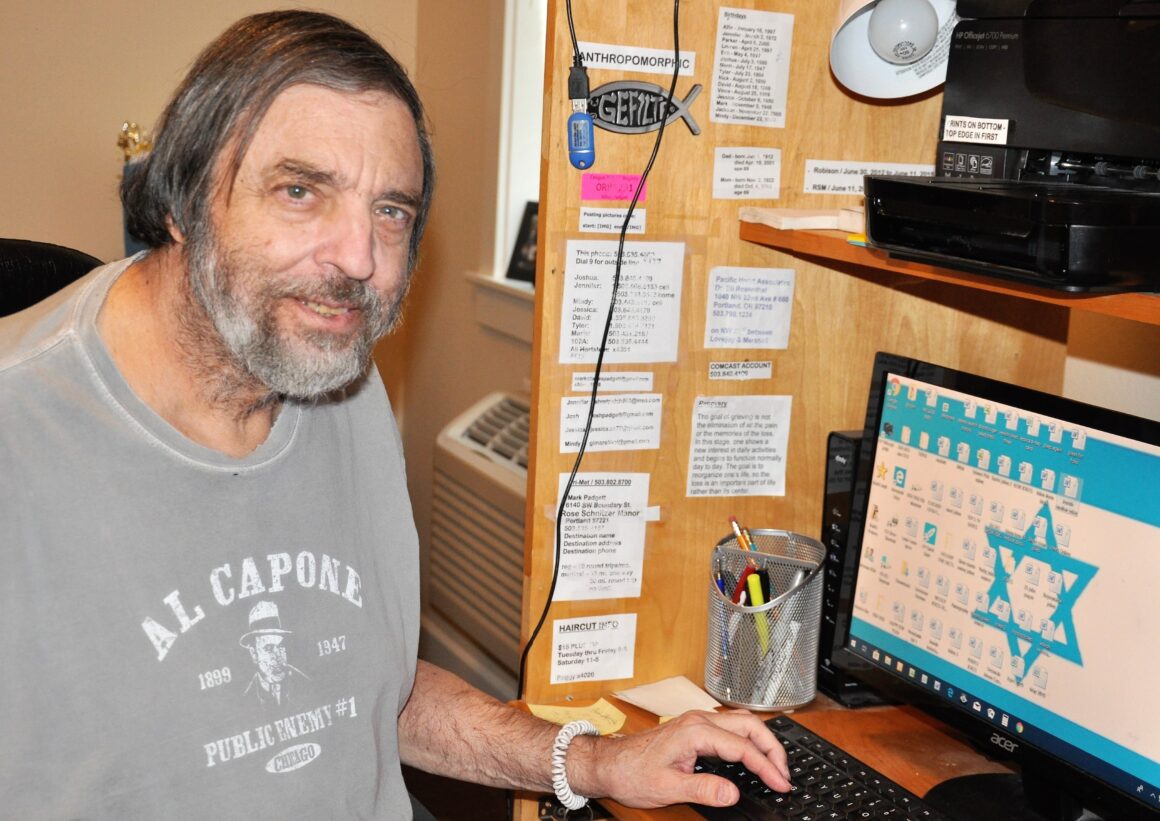 Sitting at his computer in his apartment at Rose Schnitzer Manor, Mark Padgett sports an Al Capone t-shirt his son gave him.

His grandfather Phil Lewin (originally Lewinsky) was a dealer in mafia-run card games in Chicago. (He ended his career as a dealer in Las Vegas after he and Irene divorced). Phil also used to do betting cards listening to the radio in Mark’s family’s home every Sunday. Mark helped track the sports scores and Phil paid him a dollar from the winnings, which Mark says may have made him “the youngest person to have a paying job for the mafia. … Sports betting was run by the mafia in Chicago.”

His great-grandmother Molly had run a brothel for Al Capone and his grandmother Irene had worked there before retiring to open a photography studio.

Having heard the stories all his life, Mark says he was shocked when he understood what a brothel implied when he was about 14.

Mark had skipped a few “half grades” growing up, so he started college at age 16. He studied political science at North Illinois University until his parents Shirlie and Yehudi “Jules” Gershon divorced during his second year. His mom soon married William Keith Padgett, who adopted Mark.

In the late ’60s, Mark used his passion for sports while working in radio as the news and sports director for a small radio station in Aurora, IL.

Then in 1971 he followed his parents to Portland and worked for his adoptive dad, Keith. Over the next decades he worked primarily in retail but sports and politics were his passion.

“My avocation was basketball; I refereed basketball for 25 years,” he says, noting he reffed high school and adults and kids rec leagues in the Portland area. For several years he chaired the Tigard rec program and trained new referees.

He also spent decades involved in politics. He volunteered for anti-war candidate Eugene McCarthy in the 1968 presidential election. In Oregon, he chaired the Washington County Democratic Party for four years. He has thank you letters for helping on political campaigns from President Jimmy Carter and Rep. Les AuCoin (D-OR).

Those letters now hang on the walls of his apartment at Rose Schnitzer Manor. He first moved to the Robison Home on the CSP campus after heart surgery and moved to the Manor four years ago.