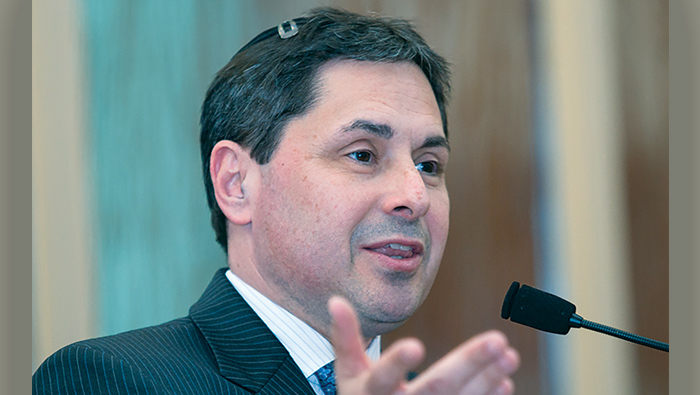 I hope everyone enjoyed the July 4th holiday. Being a slow week, I thought I would share some history about special Jewish connections to July 4.

In 1975 the U.S. Post Office memorialized Haym Salomon with a stamp that included, for only the second time ever, a message on the back: “Businessman and broker Haym Salomon was responsible for raising most of the money needed to finance the American Revolution and later to save the new nation from collapse.”

Revolution doesn’t come cheap, and neither does the financing of a brand-new nation. Fortunately for the United States, in 1775, 35-year old Polish Jew Haym Salomon landed in New York City. Though his only ambition was to start a brokerage firm, Haym would become the greatest individual financier of the Revolutionary War, playing a major role in securing the independence of the new United States of America.

In New York, Haym’s brokerage business took off with wealthy Loyalists. But as he learned more of Britain’s tyranny, he decided to risk his life by joining the Sons of Liberty. When a fire ravaged the British-occupied city, he was imprisoned in a mass-arrest of the rebel group. Haym, however, managed to secure his freedom by agreeing to act as translator for the English and Hessian guards who struggled to communicate with one another. Soon enough Haym was arrested again — for espionage — and this time, sentenced to death. But by slipping a few gold coins to a guard he managed to escape once more.

He fled to Philadelphia where he restarted his brokerage firm. At a time of rampant anti-Semitic bigotry, the leaders of the Revolution respected Haym, relying on him to help oversee Congress’ financial transactions. He went above and beyond, raising over $650,000 (about $15 million today) for the war, much of which was from his own pocket. In 1781, when George Washington was told that Congress could not afford the $20,000 he needed to march his troops in the north to Yorktown, Virginia, where southern forces had trapped the British army, he simply responded, “Send for Haym Salomon.” Within days, Haym raised the $20,000 (nearly half a million dollars today), allowing Washington’s army to race to Yorktown, winning the final battle of the Revolutionary War.

Unfortunately, at the end of the war the U.S. plunged into financial crisis, and the new government was unable to repay its debts to Haym Solomon. At age 44, Solomon died of tuberculosis — penniless.

July 4th is also a special day in Israeli history. On the afternoon of July 4, 1976, Prime Minister Yitzhak Rabin addressed a special session of the Knesset. Hours earlier, Israeli special forces had rescued 102 mostly Israeli hostages from Entebbe International Airport in Uganda, where German and Palestinian terrorists had held them for six days after hijacking their Paris-bound plane.

As I have shared, former Prime Minister Ehud Barak will be speaking at the Federation’s Gala event on Oct. 14. You may be surprised to learn that Ehud Barak was initially put in charge of the assault team ahead of Yonatan Netanyahu. He was subsequently dispatched to Kenya, Uganda’s regional rival, where he brokered a deal allowing the IDF’s Hercules C-130 transport planes to land in Nairobi and refuel on the journey back to Israel. In return, the IDF agreed to destroy Uganda’s fleet of MiG fighter jets at Entebbe.

The Guardian reported that following the initial hijacking of the plane and the hostage situation in Entebbe, military planners in Israel were trying to assemble what they knew. Ehud Barak, an elite commando, was the officer in charge of planning for missions of this kind. He had direct experience of rescue operations but this situation was infinitely more complex, chiefly because of the location.

It turns out an engineer at an Israeli company who had bid to build the new terminal at Entebbe airport came forward. He happened to have the plans of the old building in which the passengers were now held hostage. Barak and his team reviewed the blueprints and studied the target.

Originally, they imagined their sole adversary would be the four hijackers (information provided by Tricia Martel, the woman who faked a miscarriage while the hijacked plane was refueling in Libya before flying to Entebbe). But it was now clear Entebbe had not been chosen by accident: Idi Amin and his regime were colluding with the hijackers.

Barak’s team flirted with the idea of parachuting Israeli Navy SEALs into Lake Victoria: they could make the subsequent journey on rubber dinghies. They even thought about taking a speedboat from neighboring Kenya, but the Mossad, Israel’s intelligence agency, warned that the Kenyans would not agree to “such explicit participation.”

By Saturday, the team was assembled, led by Netanyahu. The four Hercules planes were accompanied by two Boeing 707 jets, one to serve as a command post, the other as a field hospital – to treat what they anticipated would be many injured. A force of more than 200 Israeli soldiers took off, bound for Entebbe. To avoid radar, they flew extraordinarily low for eight hours – at one point no more than 35 feet off the ground.

As the commandos burst into the terminal building, one hijacker was killed instantly. Two more immediately after. Meanwhile an Israeli soldier shouted in Hebrew and English: “Lie down, don’t get up. The army is here. We will take you home.”

Once they were sure the shooting was over, leaving all the hijackers and at least 20 Ugandan soldiers dead, the Israelis shepherded the hostages and crew into the waiting Hercules planes. They took off, bound for Nairobi. Sadly, the mission leader Yonatan Netanyahu was killed, and four other hostages were either dead or missing.

A relieved Prime Minister Rabin hailed the operation as “a remarkable manifestation of Jewish fraternity and Jewish valor” and declared that it would be “a subject for research, for song and for legend.” A heroic and incredible achievement indeed. 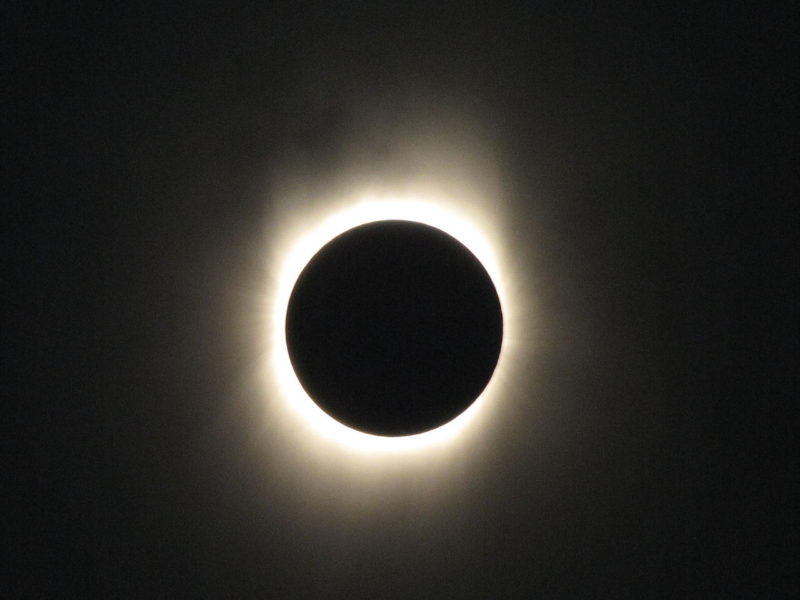 Light in Darkness: the Elul Eclipse and Parshat Re’eh

I See (and Taste) Rainbows