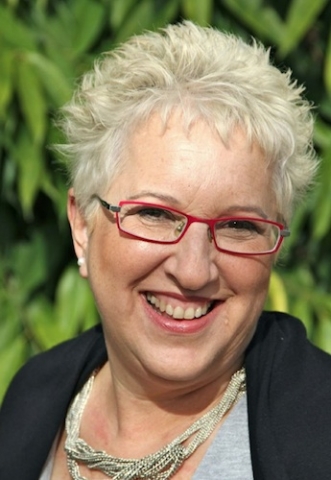 I usually take a pretty lighthearted view of things. I mean, really, if you live in Israel, you have to have a sense of humor. At least that’s what gets me through most days. Lately, though, the situation here called for some serious re-evaluation.

Not a minor issue, those missiles landing on us over a period of two weeks. Constant stress, people running in and out of shelters, sirens going off constantly — even Tel Aviv and Jerusalem were exposed. (Not to make light of the fact that the south of the country is constantly exposed to this madness.) And a bus explosion, too! Fortunately not many casualties, but even the few were too many.
My Facebook page was constantly being updated with the comments of friends. With each new siren sounding, another person had something to share on her Facebook page. That’s when I noticed the difference between us “foreigners,” who chose to live here by making aliyah, and native Israelis. It was all there to see on the social media sites. We, the newcomers to Israel, were shocked/appalled/insulted/incredulous at the reaction of the world to what was happening here. At first, everyone seemed to be on our side. Of course Israel is entitled to protect herself from missiles raining down on her citizens! But as soon as we got tough in our response, we got the usual barrage of complaints. And that’s when the newbies got busy with their incensed reactions, and I realized that I’ve become Israeli.

Because I was one of those not reacting to what was happening. I didn’t remark on the unfairness of it all. I didn’t respond to photos of injured “Palestinians” that were actually taken in Syria, or quote the countries that were beginning to say nasty things about Israel overreacting. I wasn’t stunned by it all, nor surprised at what was not being written in the world’s media. I expected it. The only comments made by some Sabra (Israeli-born) friends were of a black-humor nature. They were posting jokes. It reminded me of when I lived in New York. Every time there was a disaster of some sort, the wisecracks started coming out of Wall Street within a few hours. The space shuttle Challenger catastrophe of 1986 was a perfect example. No sooner had we heard about the horrific explosion occurring seconds after takeoff than we also started to hear really raunchy reactions. Some were indeed funny, albeit sadistically so. I thought about the differences among us. I suppose my friends who were posting their indignation were also expressing their fear or their outrage. They could not comprehend the insanity of it all, the unfairness that no one else seemed to recognize. Israel no longer had a right to defend herself; she was now definitely the bad guy. Once again.
But isn’t that how it always is?

I got tired of their rants, and I posted my opinion on my Web site and on Facebook. Stop it, I said. It won’t help. You’re just making the terrorists happy and giving them ammunition. You’re letting them win the psychological war. Big mistake. Many took offense. One friend said it might be a generational thing but that younger people depend on Facebook for their news updates, much more than traditional types of media. She felt an important service was being done by the constant commentary on Facebook. Another said she felt uninformed because her Hebrew is not good enough to understand the news and she relied on Facebook to tell her what was happening. One just got really mad and wrote that anyone who didn’t like the comments could just delete them or unfriend her. I got the message.

What occurred to me is that my reaction seemed like the reaction of those born here. They started it, but so what? Who cares? The hammer is going to come down on our heads anyway, why waste energy being outraged. Don’t you get it? We won’t win this media war. We’re the bad guys — at least that’s how the majority of the world sees us. You don’t; I don’t; but the rest? They are not on our side! And whether its anti-Semitism or anti-Zionism or just siding with the “little guy” rather than the “big, bad wolf,” I suppose I’ll never know. I do know what would help, though — if everyone would stop canceling their trips here because they’re nervous; if those who have never been to Israel would get their act together and make those reservations. That’s the war we could win — send out the message that Israel is a fabulous place to visit, with people who are friendly, English-speaking and curious. That we’re a country with fabulous sights, terrific weather, amazing food, and both beach and snow (well one mountain anyway, usually covered in snow if it’s winter, and we’ve had some cold weather).

Anne Kleinberg, author of “Menopause in Manhattan” and several cookbooks, left a cushy life in Manhattan to begin a new one in Israel. Now she’s opened a boutique bed and breakfast in her home on the golf course in Caesarea. For details, visit annekleinberg.com and casacaesarea.com.
So, what are you waiting for?