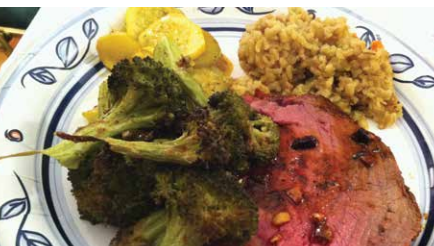 Need a slab of kosher bison on your doorstep by Friday morning? How about some nice kosher veal chops delivered in time to prepare for Shabbat dinner? Robert Bernton, 25, is endeavoring to fill exactly those needs with his burgeoning company, The Kosher Express.
When Bernton stepped onto Emory University’s campus his freshman year, he was shocked to find that the kosher food options were little better than microwaveable airplane meals. Bernton set out to change the system. “I worked with Emory Hillel, and by my second semester freshman year, we had a decent kosher meal plan for the first time at Emory.”
After graduating Emory with a degree in business, Bernton joined a firm in New York City but was unfulfilled. “I learned I had a passion for kosher meat and bringing it to people who do not have access,” says Bernton. According to some research, up to 80% of the total kosher market is without direct access to quality kosher goods The first few months were hard going, but he eventually found a reliable supply for good-quality kosher meat, quit his job and launched the Kosher Express in August of 2010. Now only two and a half years after launching, The Kosher Express has more than 1,200 customers, with some in every U.S. state – including a growing Oregon contingent.
“We have a growing group of customers in Oregon, because many Oregonians do not have great access to high-quality kosher meat – especially some of the more unusual varieties we carry like bison, veal and duck,” explains Bernton. Quality is exactly what Bernton believes sets his company apart. “We know that if we have the best possible quality, people will try it and like it,” says Bernton. In addition, as the average American consumer becomes more educated on the quality of their meat, they want to buy superior products; this is why Bernton makes sure he carries supplies of organic, hormone-free and grass-fed products.
Health is another growing concern for meat buyers. Interestingly, bison makes up a fourth of Kosher Express sales. “Bison is extremely popular because it has the same taste profile as beef, but is higher in protein, lower in bad fat and higher in good fat.” The Kosher Express is one of the few companies in the world that sells kosher bison. The Kosher Express also takes a unique approach to its customers. It has an online community where kosher meat lovers can trade recipes and swap stories to have a greater sense of kehillah, or community, which is important to Bernton.
As an experimental chef, Bernton also comes up with his own recipes. “My best is the BBQ boneless rib recipe,” he says (recipe on thekosherexpress.com).
Bernton also has a tzedakah arm of the Kosher Express called the Tzedek Express. In this program local Jewish organizations can give their community a code, and 10% of all profits from purchases will be given to the organization. Bernton has made it his priority to grow fast, but also good. Bernton says, “We want to make it easier for people to keep kosher. The Kosher Express is fulfilling its dream – taking kosher food and creating kehillah everywhere.”