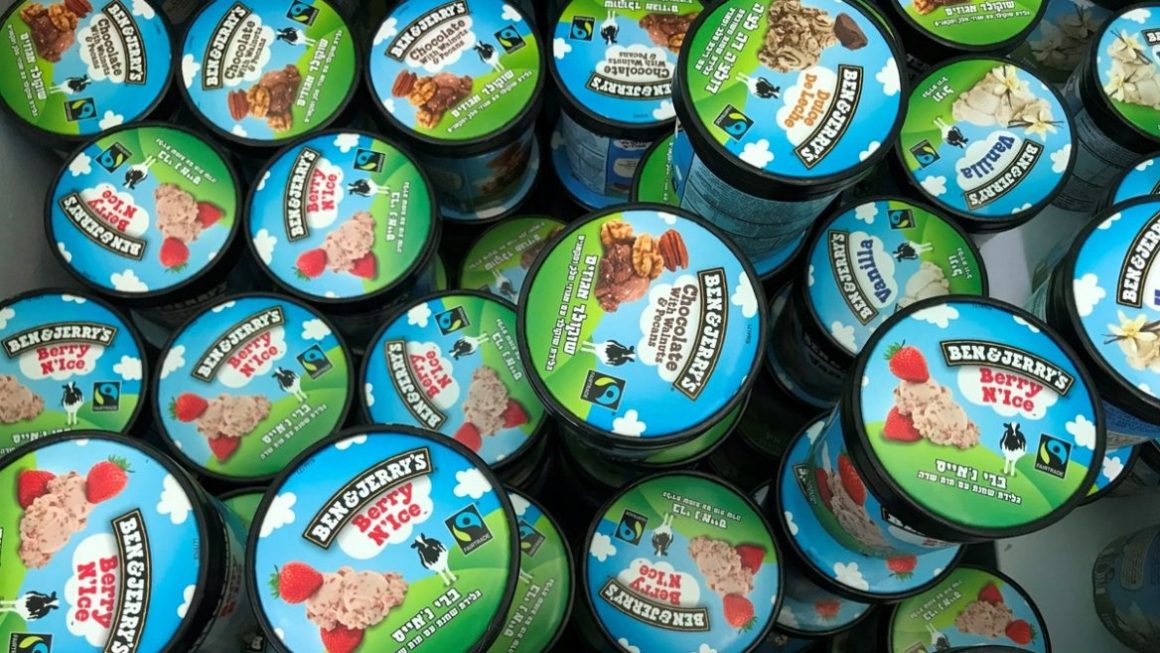 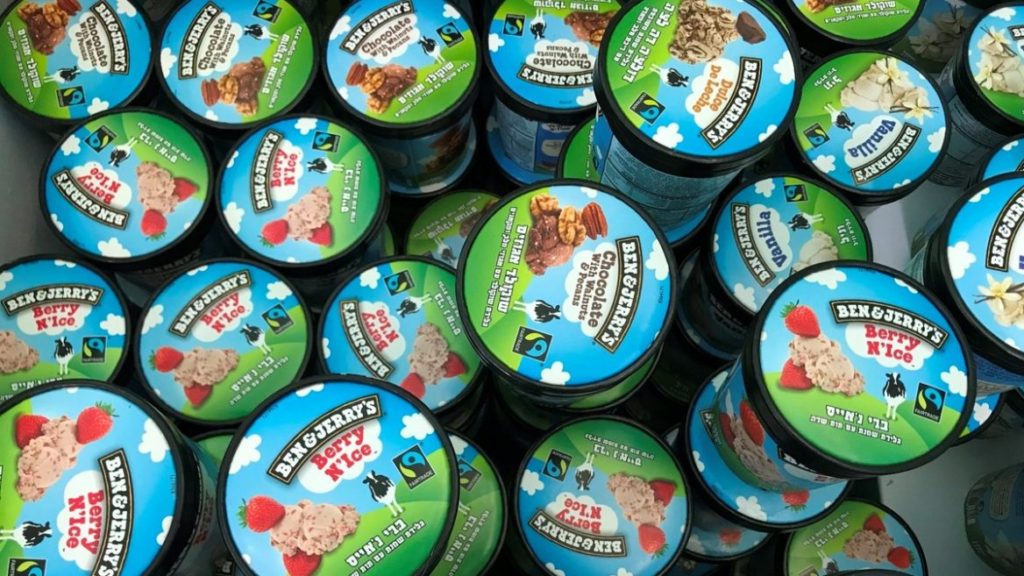 No summer is complete without a bit (fine, a lot) of ice cream. And in a country as scorching hot as Israel, it’s really an absolute must.

So ahead of the upcoming summer season, ISRAEL21c paid a visit to Ben & Jerry’s Israeli factory to hear all about blue-and-white ice cream, learn of our fellow countrymen’s soft-serve habits, and sample a scoop or two. It was a tough job, but someone had to do it.

Driving up to the factory in the dusty industrial area of Kiryat Malachi in southern Israel, it’s hard to imagine this is where the magic is created. But created it is – some 80,000 pints of it a day, to be precise. 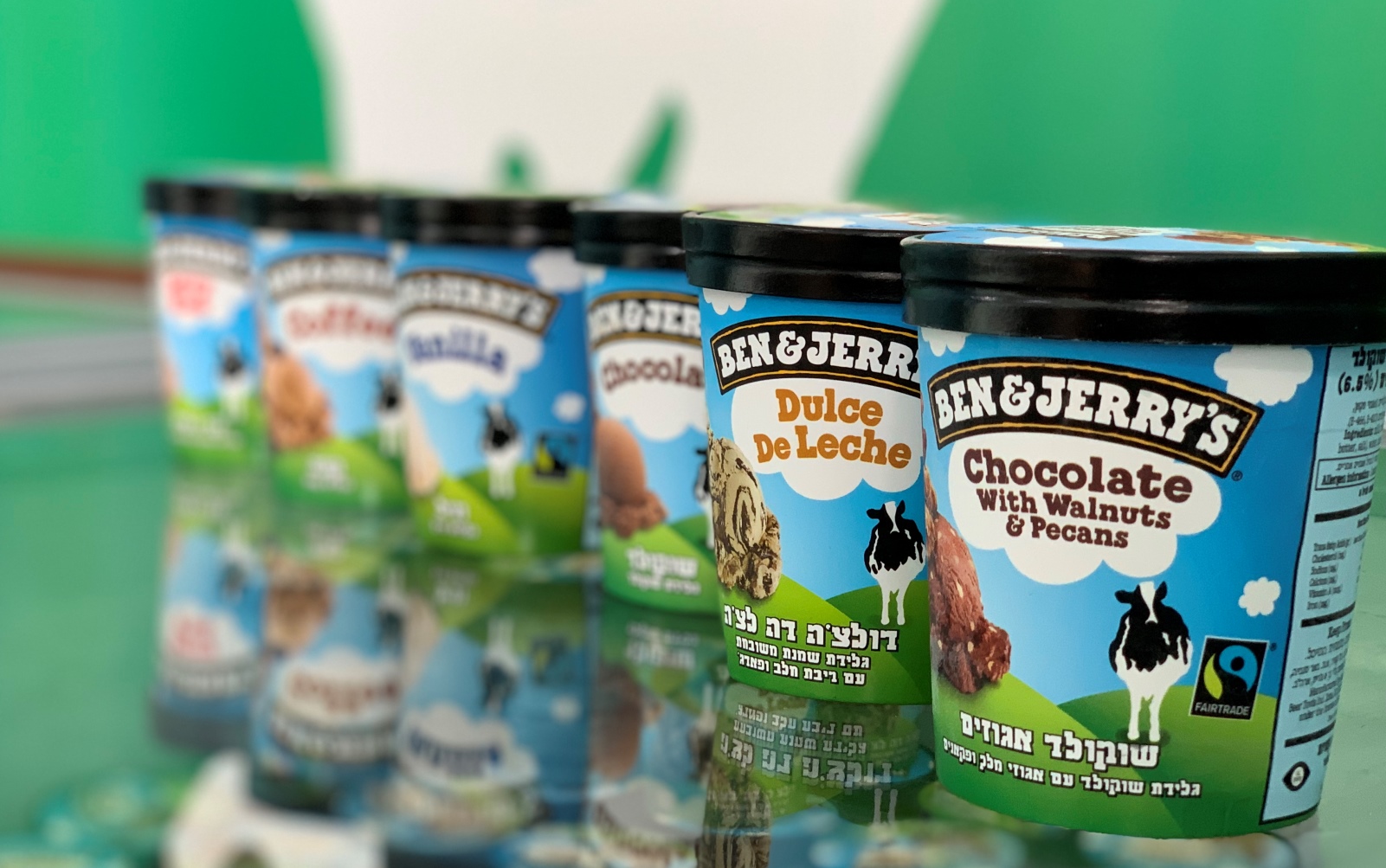 We catch up with Ben & Jerry’s Israel CEO and founder Avi Zinger to get the lowdown. 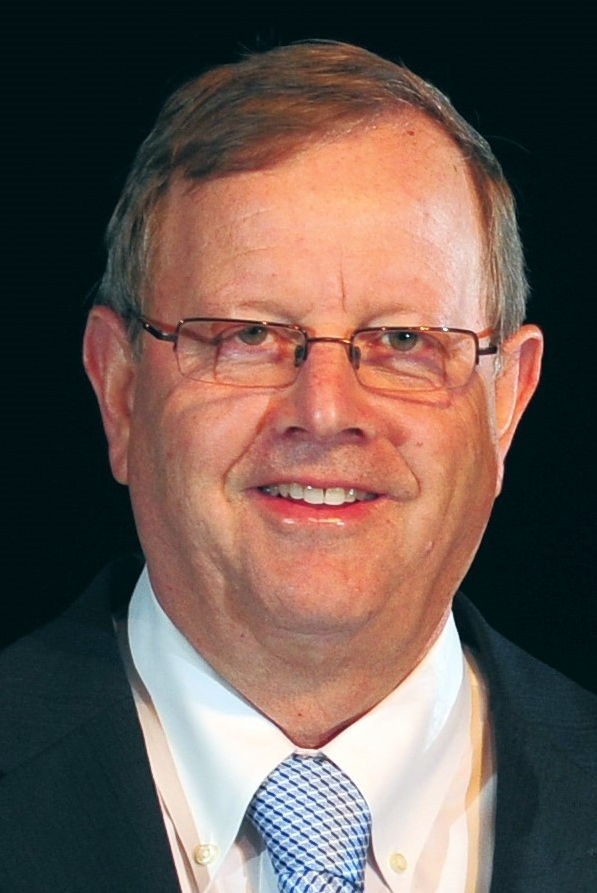 Hi Avi. So, how did you get to setting up an all-Israeli Ben & Jerry’s factory?

I established the company 31 years ago. I lived in the States for 13 years, and before I came back I was looking for something to bring over here, something special that couldn’t be found.

I love ice cream, which is the most important thing. And I used to ski in Vermont – I lived in New York – and always when I arrived in Vermont Ben & Jerry’s was the pride of the locals. They were just starting out.

And I said viola. There was no really quality ice cream in Israel back then. And people would always say to me, how is it that in Israel, where it’s hot and all that, there’s no really good ice cream. So I said “Wow, if I could only bring this ice cream to Israel.” 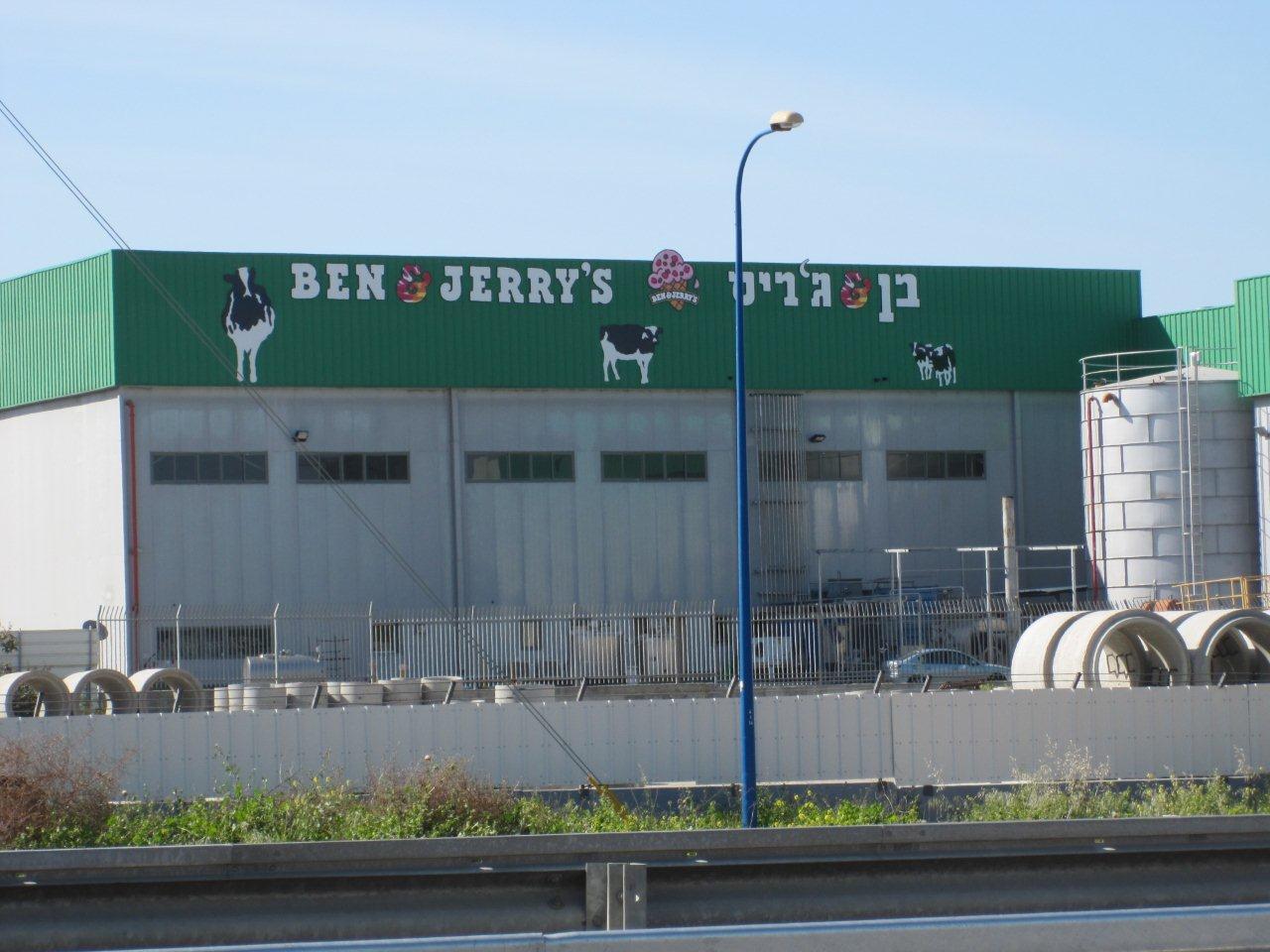 I flew out to Vermont, met with Ben at this studio apartment and we talked.

I came to Israel and at first tried to manufacturer at others’ [facilities], did all kinds of experiments until I finally founded the factory. 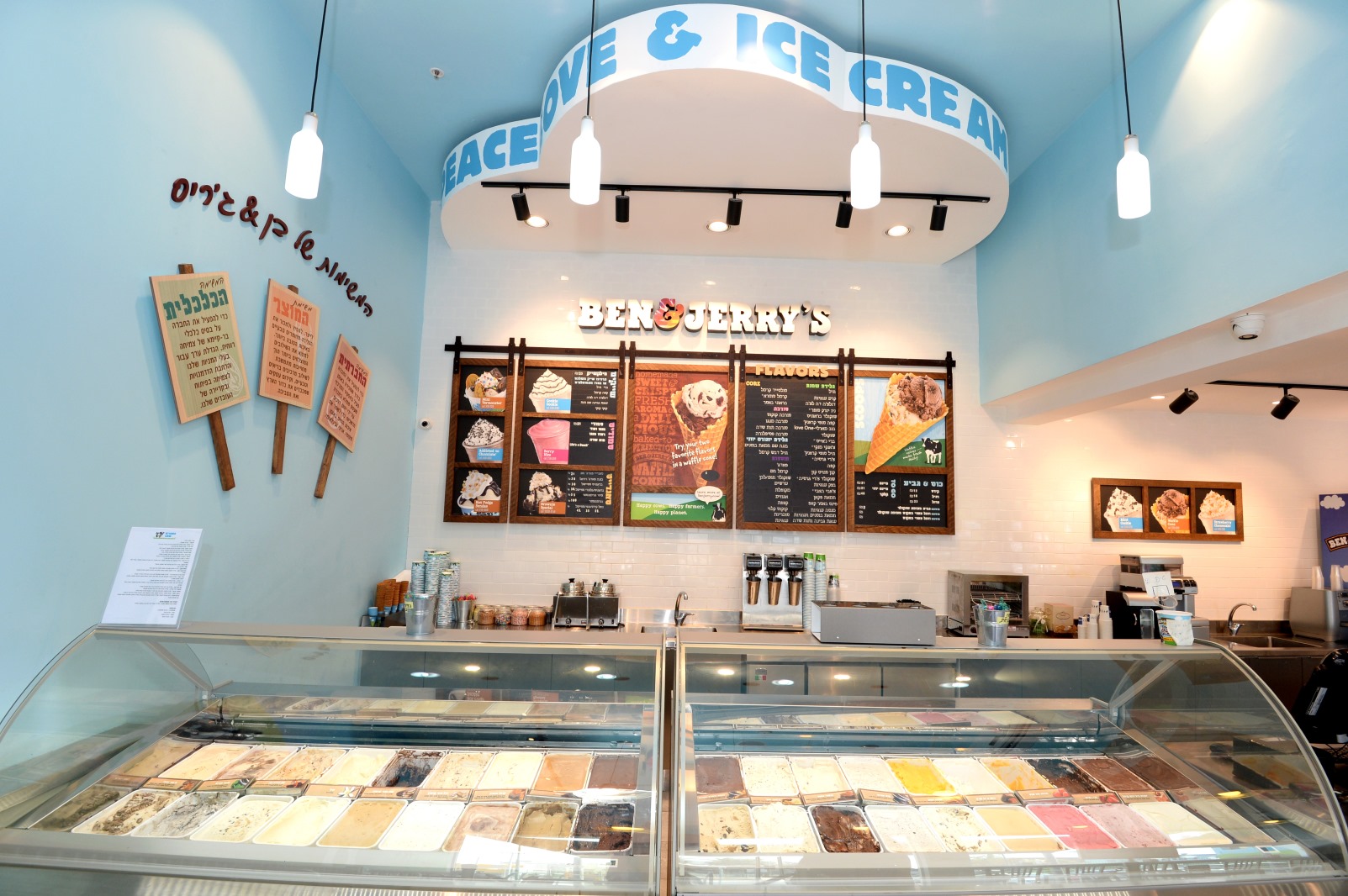 Ice cream on offer at the factory store. Photo: courtesy

Once the ice cream hit Israel, how was it received?

At first people didn’t really relate to it, because they were used to ice cream with vegetable oils, with chemicals, or pareve [dairy-free], which is horrific. Suddenly you give them ice cream, it’s a shock at the beginning. 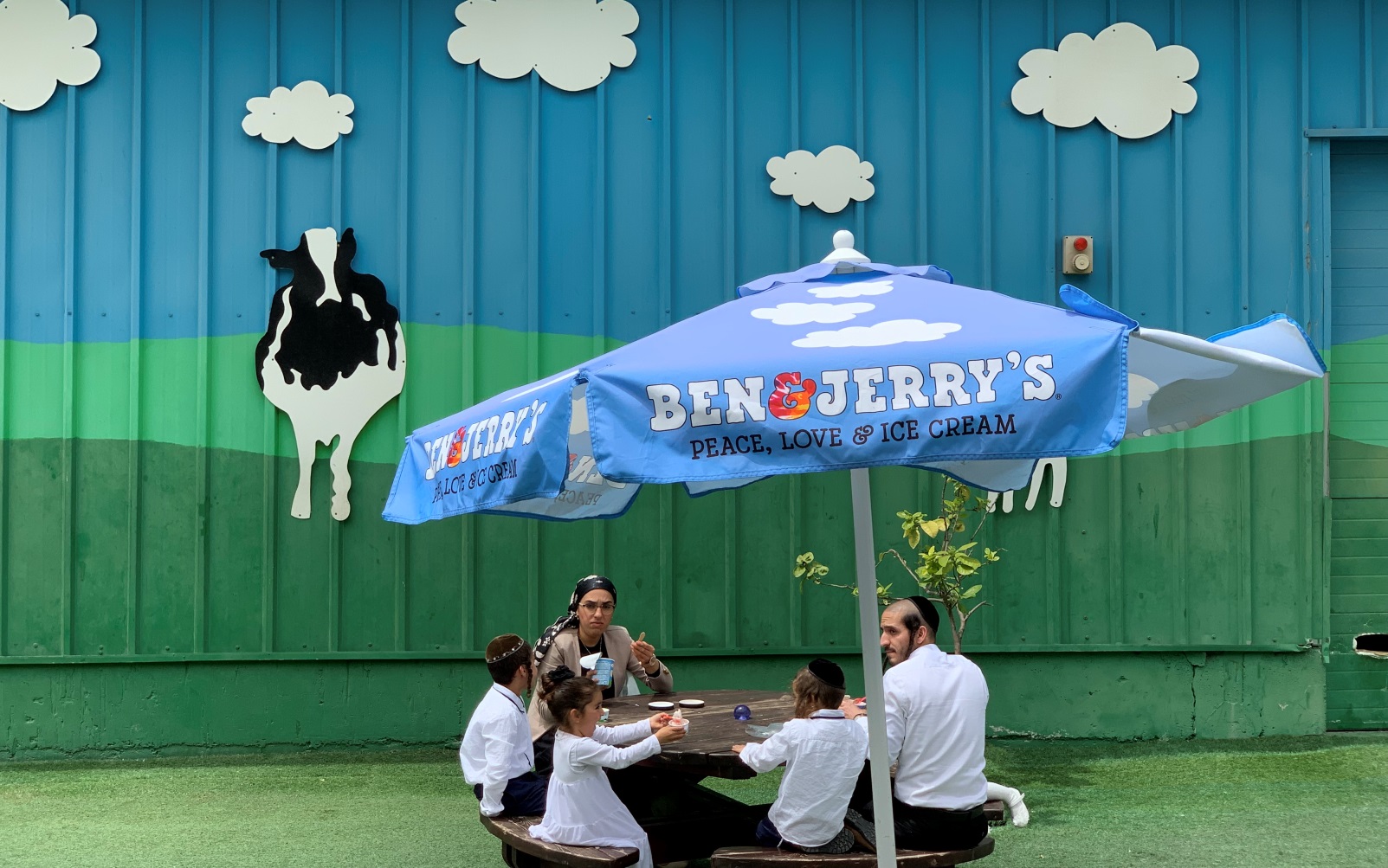 A family enjoys ice cream at the factory store on a hot day. Photo by Naama Barak

How do Israeli tastes differ from American ones?

The favorite flavor here is Cookies & Cream, which across the world does okay, but it’s never a big deal.

And then there are flavors like Peanut Butter Cup, which took a good 10 years to catch on in Israel. How do you explain that?

What happens is that you see how people’s tastes change. Slowly things that were American, or very specific to the US, you suddenly see that people get used to it or get exposed to it.

First off, people travel abroad. Second, today people are more open to more flavors. It’s across all of Israeli cuisine – you see it in restaurants, people have become much more global. People today eat things I never imagined they would. 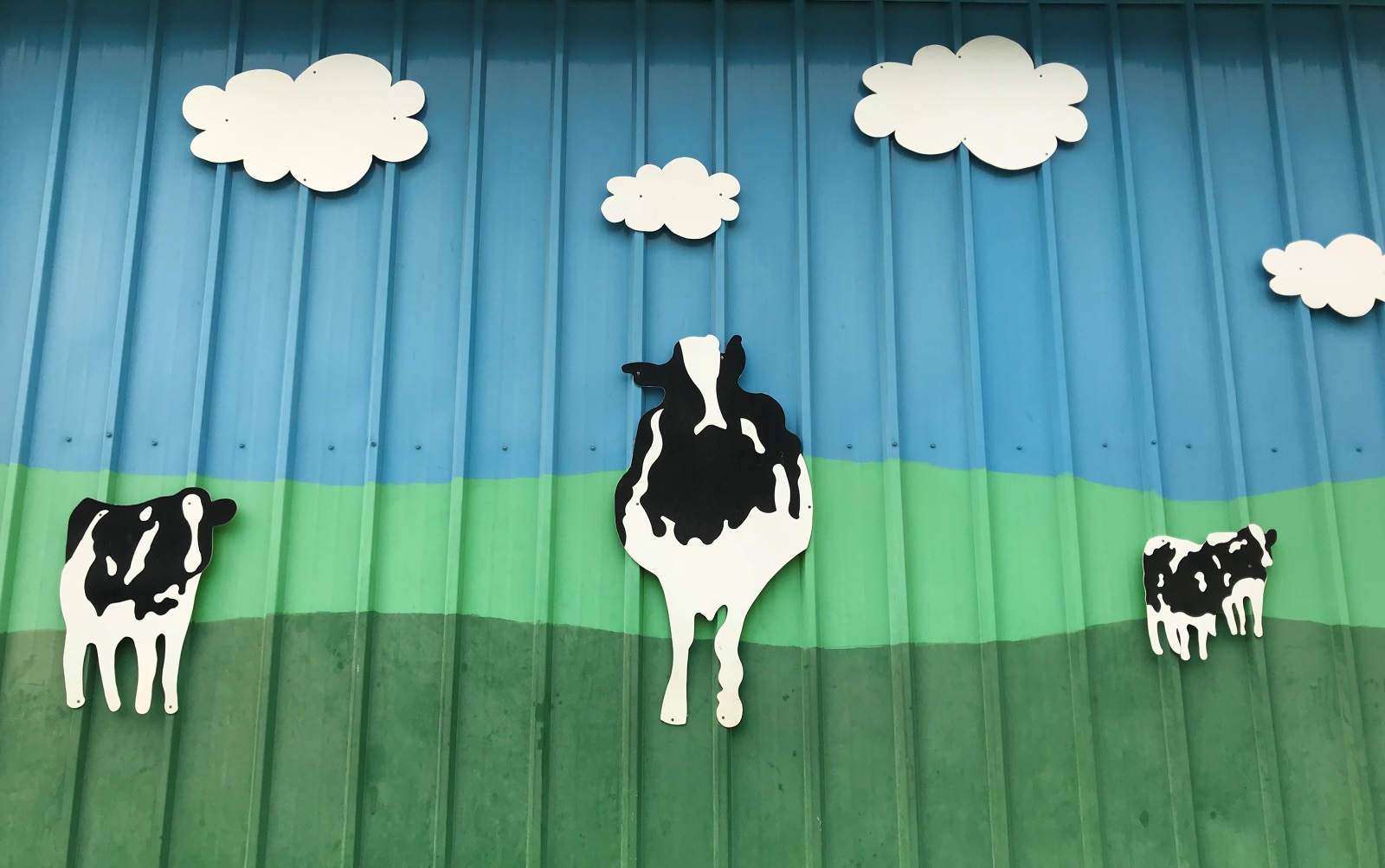 The world’s most recognizable cows, this time in southern Israel. Photo by Naama Barak

One of Ben & Jerry’s most iconic flavors, Cherry Garcia, which is in the top 10 for years. Not a week goes by without someone saying to me, “Avi, how come you don’t make Cherry Garcia in Israel?”

I also love that flavor. We tried bringing it over at least five times. People [in Israel] don’t like it; people think it’s bitter. So Israelis’ tastes are changing, improving and becoming more global, but some things just don’t work out.

Israel is a world-renowned vegan powerhouse. How does that translate into the ice cream world?

When we brought it to Israel it was hysterical, just hysterical.

It’s not only vegans, it’s also people who are allergic to milk, to eggs. For the first time they could eat something that is natural, that’s quality, that comes in a range of flavors. It simply created hysteria here – we were shocked by the response.

What are the implications of manufacturing the Ben & Jerry’s brand? How do you keep in sync with Vermont?

It has to do with a few things. There’s the product itself, which is the flavors. The flavor is not just the flavor, it’s the ingredients and the suppliers.

We, to be Ben & Jerry’s, need for the ice cream to be 100 percent natural, to have the best ingredients and so on… the ingredients also need to be non-GMO and fair trade. 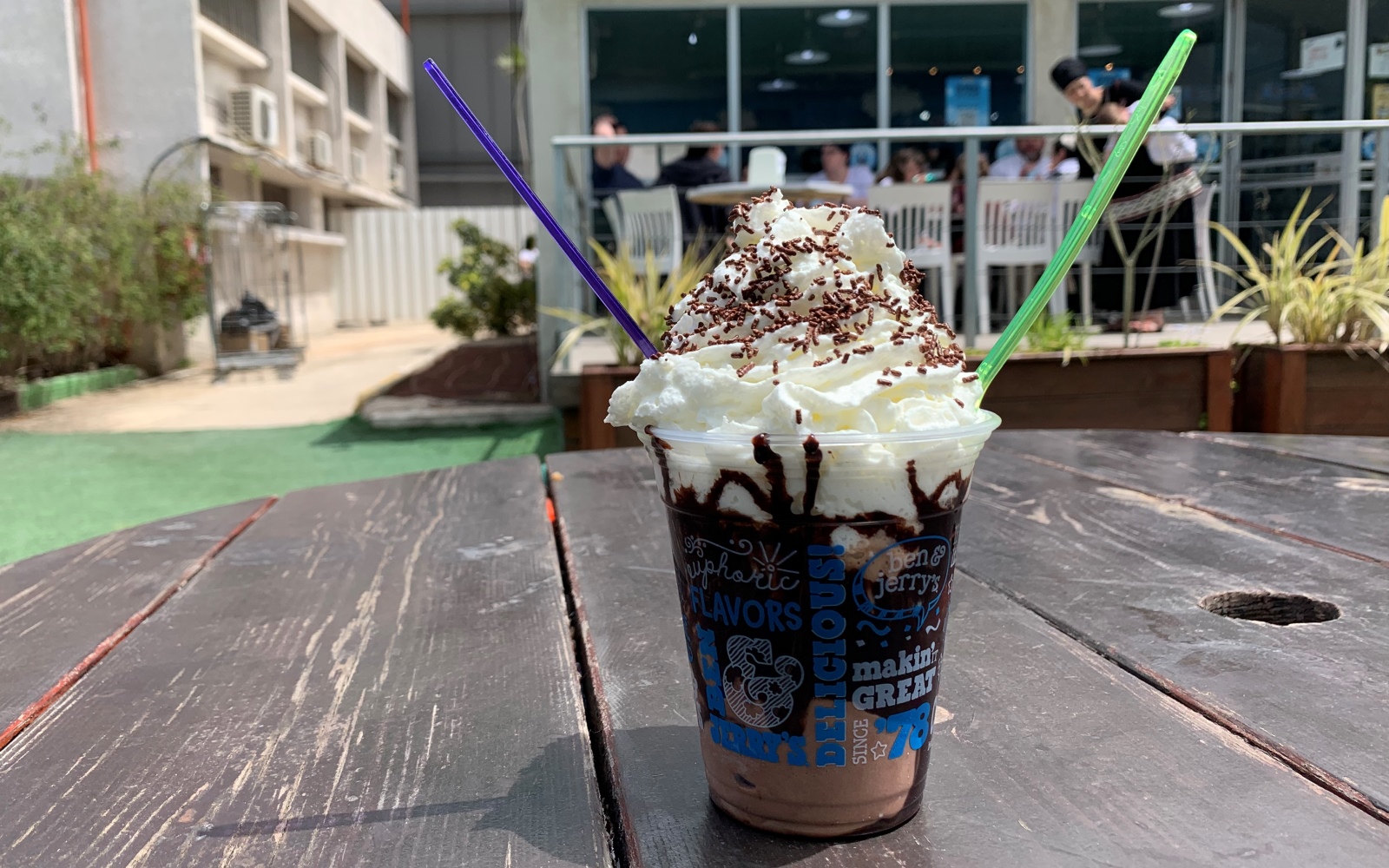 Furthermore, there’s the brand, keeping in line with the brand’s values. This means taking care of the visibility, of the values, of Ben & Jerry’s social mission. We’re very strict about it.

And you’re the only completely independent Ben & Jerry’s manufacturers outside of Vermont, right?

But why manufacture in Israel, and not ship over from Vermont?

First of all, when I started out, Ben & Jerry’s were just about manufacturing in the States. They weren’t even thinking, or were able to think, about exporting.

There’s also the issue of kashrut, of Chalav Israel [a particular type of kashrut for milk products]. 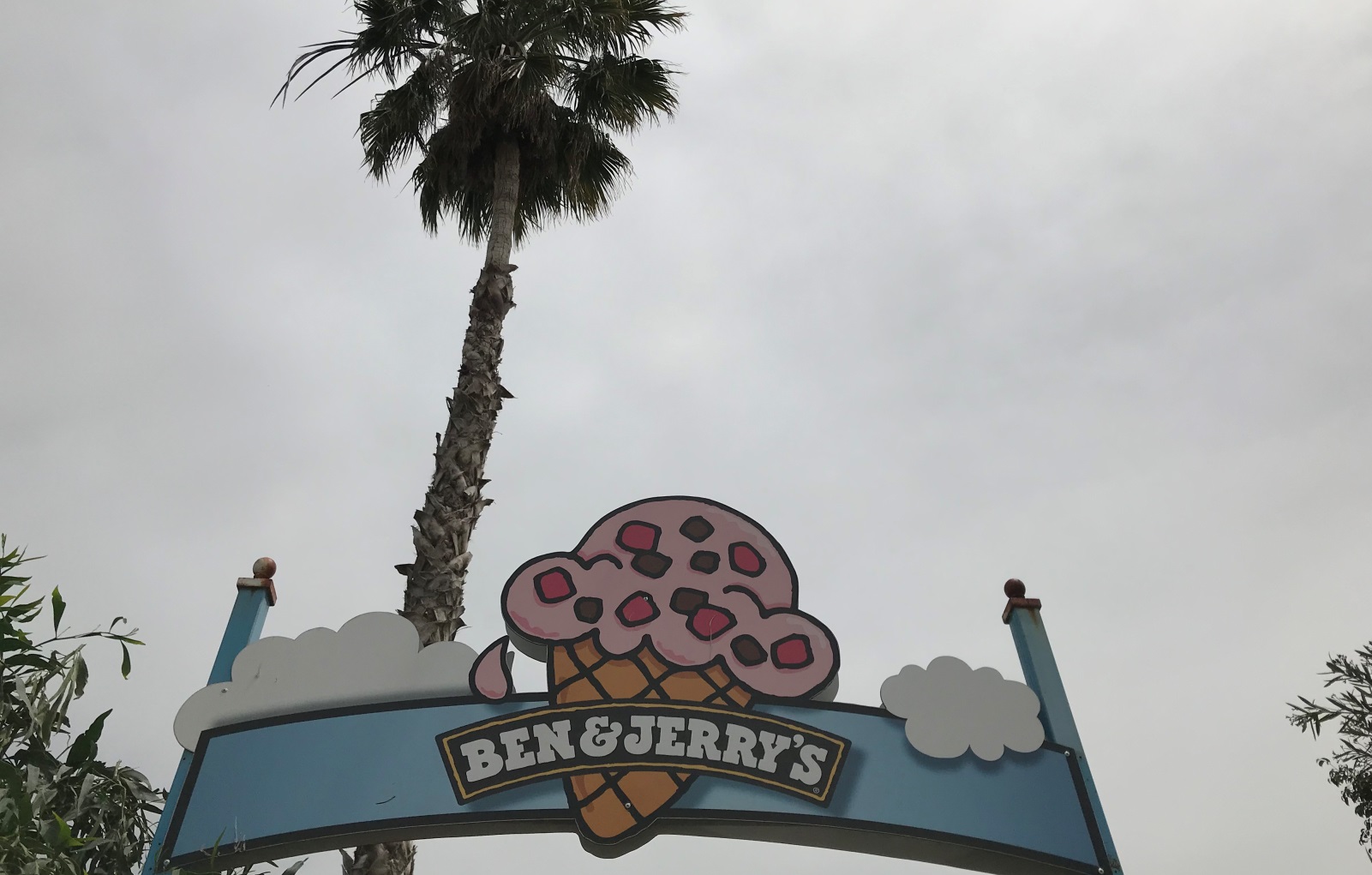 What do you think are the ice cream trends for the years to come?

Then there’s the issue of sugar-free, which isn’t working out – although there’s constant demand – because Ben & Jerry’s want it to be 100 percent natural and there are no suitable substitutes.

Ending on a personal note, what’s your favorite flavor?

Believe it or not, more or less every day that I’m here they create another flavor. It doesn’t matter what they create — when you eat it, it’s delicious. 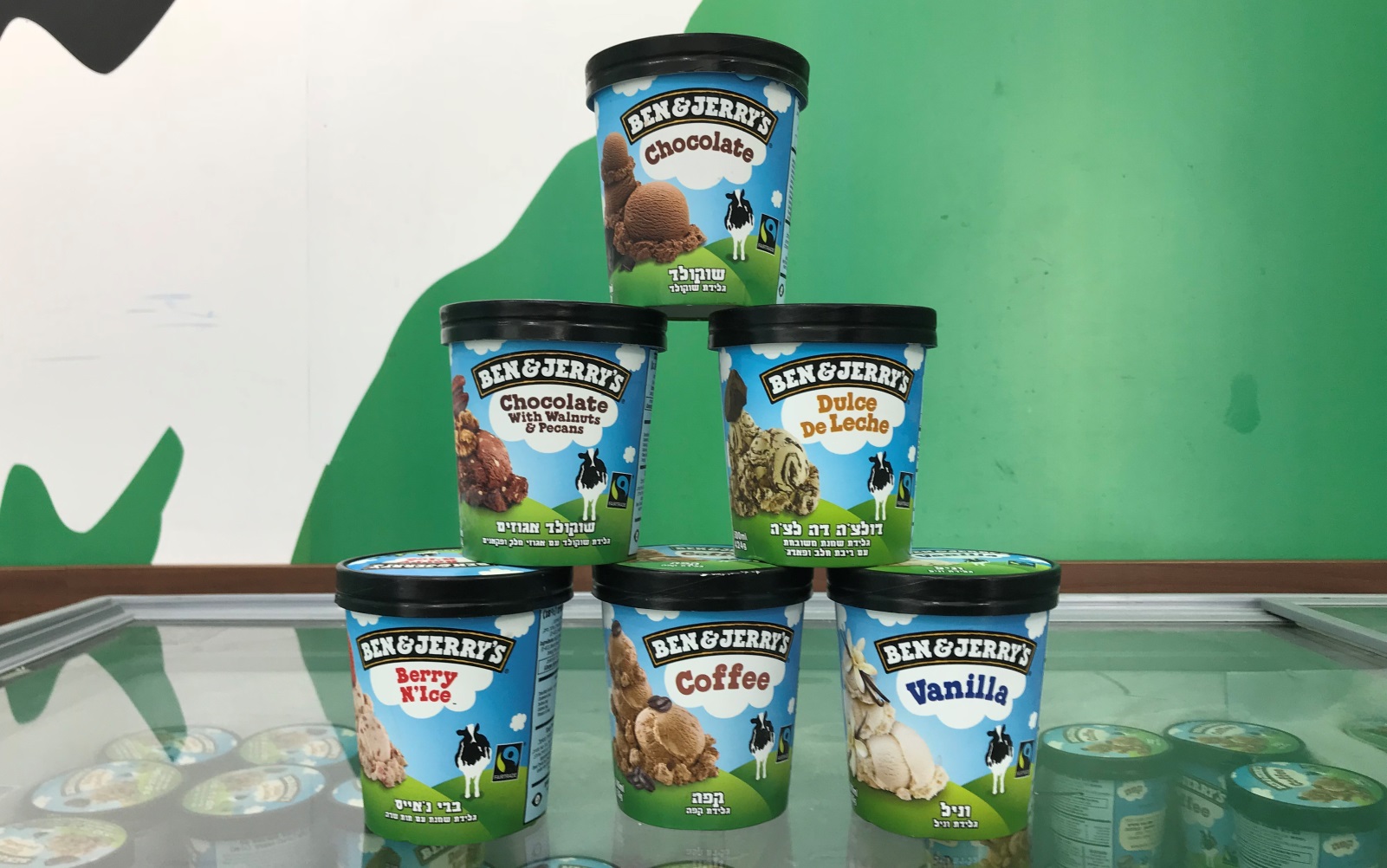 How much ice cream would you say that you eat?

I don’t have a set amount; it depends on the day. Some days I eat a lot and then go home and eat some more, other days I eat less.

Cup. I want as much ice cream as possible. Cones confuse me.