When most people hear the words “3D printing,” they think of a MakerBot printing objects from spools of single-colored nylon filament. But there is a new product on the market that will forever change your perception of 3D printing. 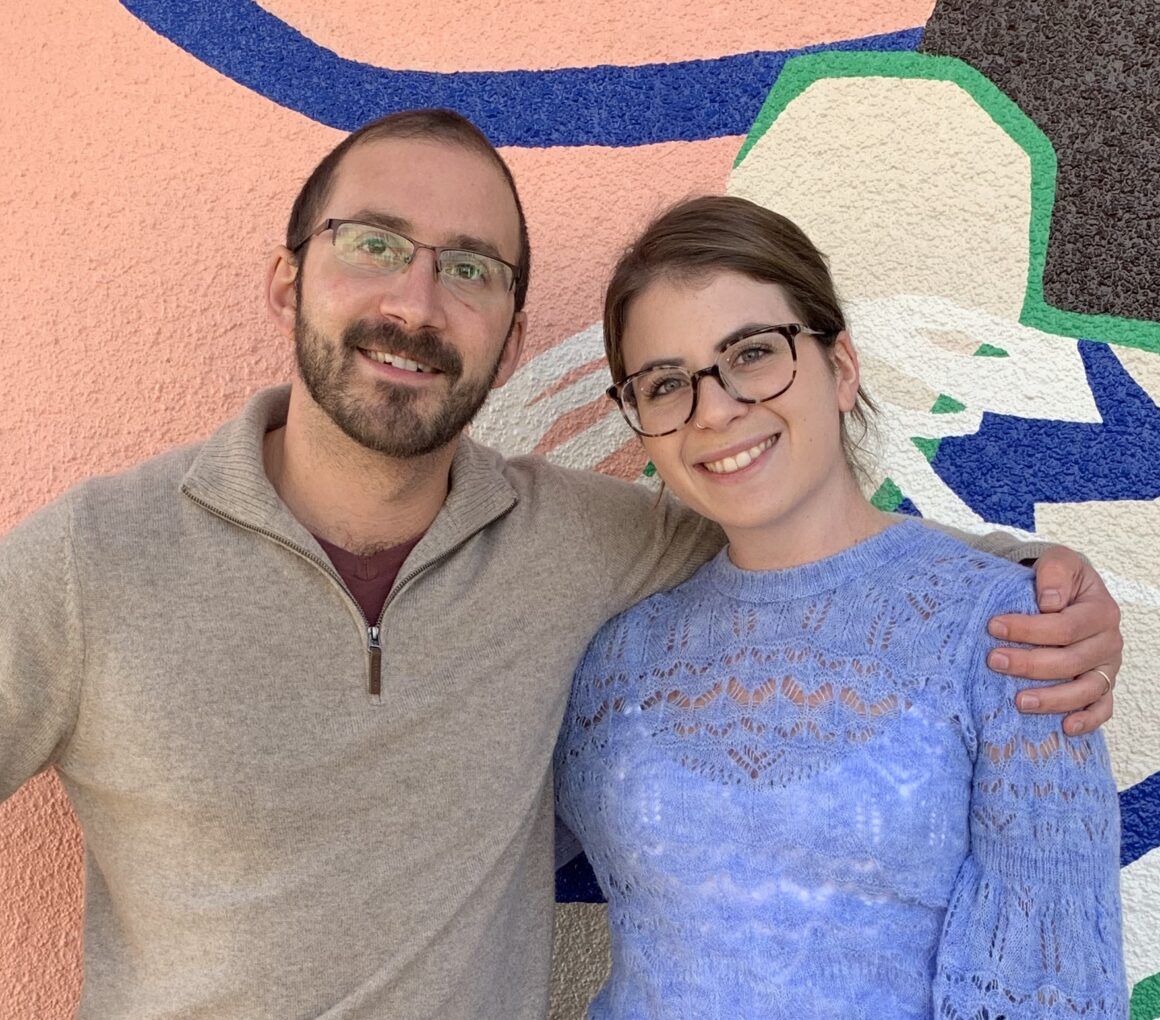 HILOS, Inc. has created a 3D printed sustainable shoe that isn’t created until you order it, so your size and color choice is always in stock. And when you’re done with that pair, you can ship it back, free of charge, and it can be completely disassembled, and all the materials can be recycled.

“Fashion retail is the fourth most polluting industry in the world,” says Elias Stahl, founder and CEO of HILOS. “Footwear is the lion’s share of it. It’s really a terrible product, there are so many glues (involved) that are very toxic, and go straight to the landfill.”

HILOS shoes only have three components. The outsole, midsole and insole are all one integrated piece created to have the grip of the outsole, the structure and integrity of the midsole, and the support, comfort and cushioning of a digital foam insole. Then there is a leather liner and a leather upper. 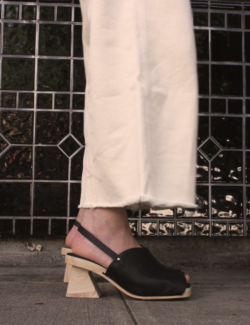 “The platform is all the same material – no layers, no screws, no glue, no nails,” says Elias. “Underneath the layer of leather is digital foam that provides far more support and comfort than the urethane foams that are generally used in shoes right now.”

The shoe is hydro dipped in a vat of specialty paint to create a faux wood grain finish on the heel, and then the leather is attached using a patented method they created. The result is a hi-fashion heel that doesn’t look like it was built on a 3D printer.

Elias’ background is in software product development. He first encountered 3D printing while attending The New York Fashion Tech Lab in 2018. “I was excited by the possibilities and getting more involved in the industry,” he says. “And after speaking to enough foot and ankle clinics, I knew that fashion footwear was the first place we needed to solve this issue.”

He recruited Gaia Giladi to be HILOS’ co-founder. Gaia is a fashion designer from Los Angeles who is known for her innovative use of materials. Her first business was customizing and sewing pillows in high school and she started her first fashion line while at the Academy of Art University in San Francisco. Together, they joined forces and decided to move to Portland – known as “the capital of footwear” – and a growing spot for 3D printing and software design. 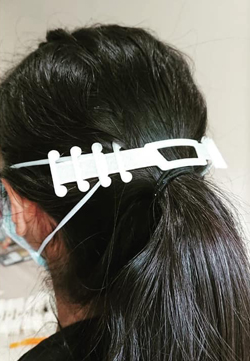 An example of an ear saver.

HILOS was getting set to launch when COVID-19 hit. The company shifted gears from shoe production and started utilizing its large industrial printers to create personal protective equipment. “We experimented with visors and found that there wasn’t much demand, so we switched to ear savers, and we’ve scaled up production,” says Elias.

Ear savers are adapters that improve the fit of surgical and N95 masks, taking pressure and friction off the ears, making masks more comfortable to wear for extended periods. So far, the company has many thousands of ear savers and has even shipped them to medical facilities across the country.

Elias also teaches Krav Maga at the Mittleman JCC and is working with a shul on both their Israel education program and their security and safety committee. Elias made aliyah after college and served in the Israel Defense Forces special forces before returning to the U.S. for graduate school. 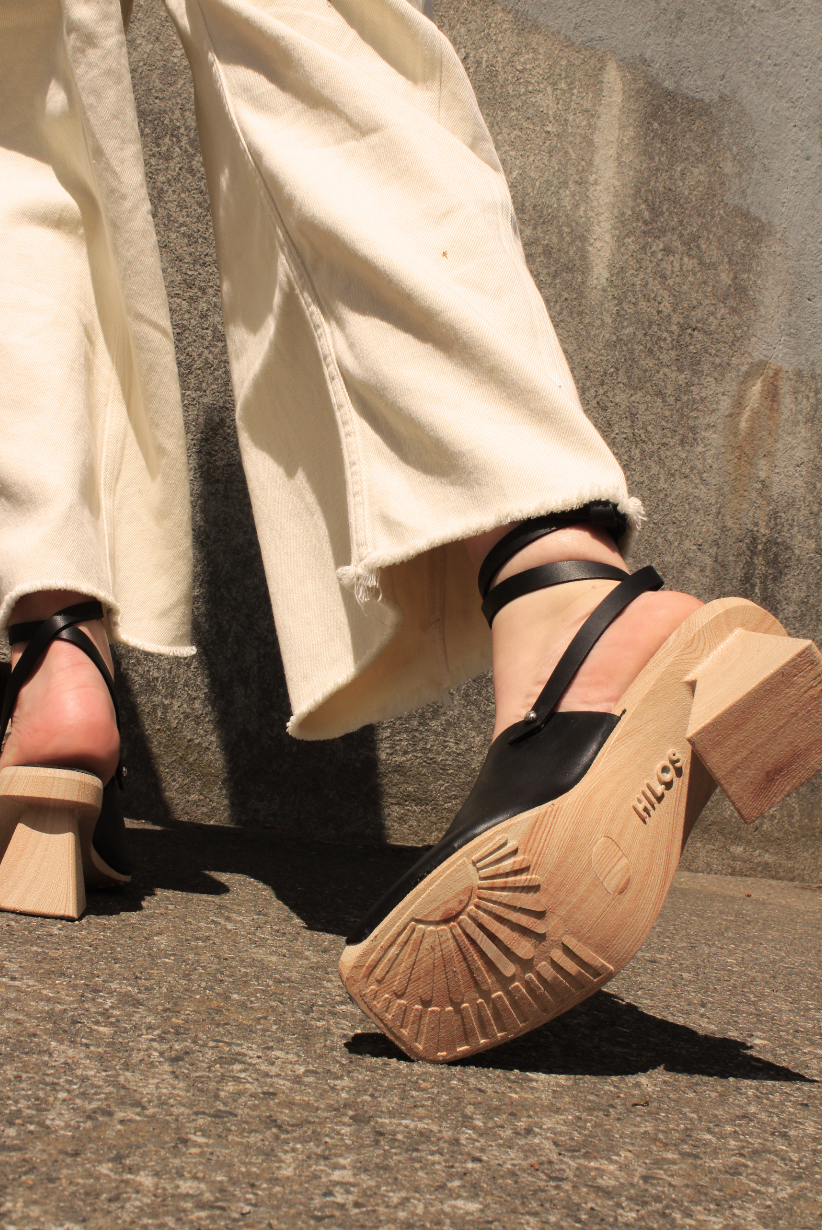 You can have your name printed on the sole of the shoe.

“Some of the ways that I can be supportive is by translating what I learned in Israel and the military to local communities,” he says. “Building a company is the same as telling a story – and Judaism is very much a religion of stories. So there’s a strong connection. It’s also very much a community effort.”

They were planning on pop-up events around the community to promote HILOS, but with the pandemic, their focus is entirely online. Eventually, they would like to offer customization where you could scan your foot at a location, and HILOS would make a shoe that was completely suited for each foot.

Currently, HILOS offers sizes ranging from 4-14 (and half sizes) and wide and narrow widths, and because 60% of people have one foot bigger than the other, you can order a different size shoe for each foot, rather than a pair in one size. There are also five colors of leather from which to choose.

“At the end of their journey, the customer is making their mark on the shoe. One shoe on the tread will have ‘HILOS,’ and the other one will be your name or whatever you’d like to put there,” says Elias. “You’re really making your mark, and it’s a collaboration between the brand and you.”

HILOS has announced a limited summer drop of 100 pairs in the coming weeks. When you sign up you will receive an email when the summer drop opens and you’ll be able to snap up one of the first 100 pre-orders.