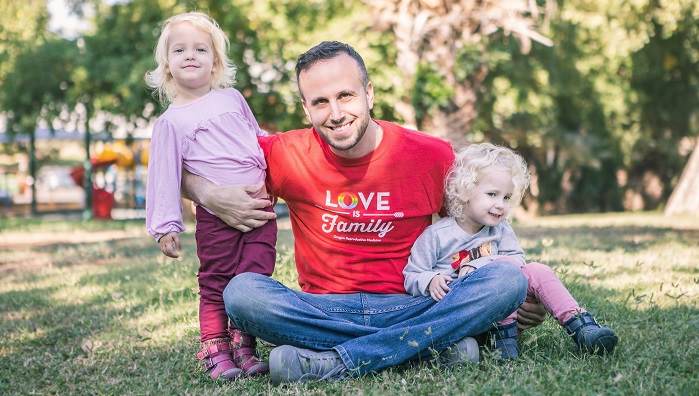 PHOTO: Erez Baron and his twins, Daphna and Danielle, enjoy life in Israel. The twins were born in Portland to a surrogate mother. Erez is the director of the Israel Department of Oregon Reproductive Medicine, which enabled Erez and his partner to become biological parents. PHOTO BY NIR SLAKMAN

Through it all, Erez helps weave a fabric of indelible threads between biological and surrogate families, Oregon and Israel, and most importantly parents and children.