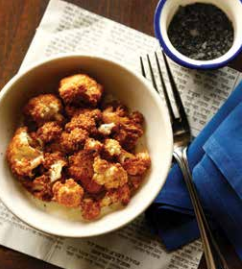 This year’s Feast Portland will feature one of the nation’s most intriguing chefs: Israeli-born Michael Solomonov. The 2011 James Beard Award winner is famous for the modern Israeli cuisine he offers at Zahav, his critically acclaimed Philadelphia restaurant. The New York Times praises Solomonov’s “simple food with layers of flavor,” and his restaurant has also been recognized for excellence by Bon Appétit, Travel + Leisure and Esquire. Solomonov once felt that Israeli cuisine was underrepresented in the United States.
After several exploratory trips to Israel, he and his partner, Steve Cook, conceived of Zahav. The chef, who has operated the restaurant since 2008, aims to familiarize diners with the flavors and culinary history of Jerusalem. He explains, “Our menu reflects the many cultures that have left their marks on Jerusalem over the centuries, such as those ofMorocco, Turkey, Yemen, Lebanon and Egypt in addition to the Baltic and Sephardic influences.”
At Zahav diners can enjoy a variety of salads, hummus dishes, small plates, and coal-grilled meats and vegetables. The Turkish hummus is served warm with grilled garlic, while the Yemenite soup features brisket, onions and chickpeas. Says Zahav, “Our most popular dishes, hands down, are the hummus and the lamb shoulder, which are served as part of our Mesiba menu.” Although his kitchen is not kosher, he cooks in the kosher style: “We don’t combine dairy and meat, and you won’t find shellfish or pork on the menu.”
In addition to presiding over Zahav, Solomonov operates the Cook + Solo restaurant group with Cook. The group includes Percy Street Barbecue and Federal Donuts, for which Solomonov is scouting additional locations. The latter restaurant offers mouthwatering Korean-style fried chicken with za’atar seasoning and donuts in flavors like Indian cinnamon and vanilla lavender. When asked where he gets his culinary inspiration, Solomonov says he is influenced by cultural and historic dishes. “I like to see how things were done and then transform them into something for today’s palates. I also really enjoy dishes made with very simple preparations that allow the ingredients to shine through.”
Solomonov will be participating in Feast Portland’s USA Pears Night Market, which will be presented by premium meat producer Snake River Farms. The Night Market, which enjoyed high attendance last year, will once again highlight the diverse flavors of Asia and Latin America. Solomonov will also demonstrate his culinary prowess at a Dinner Series collaboration with Scott Snyder (see story page 17) and Wes Johnson, Zahav’s opening sous-chef. Solomonov greatly looks forward to this event: “The meal is still being finalized; I can’t wait to see what they have in mind.”