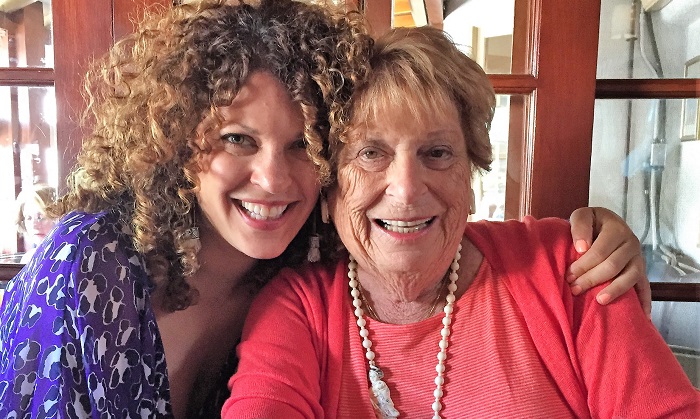 If you love Jewish films, you won’t want to miss “Wendy’s Shabbat,” a short film presently a hit on the film festival circuit.

Rachel Myers, who spent her teen years in Portland, created this heartfelt documentary about her grandmother and her grandmother’s friends, who for nearly a decade have celebrated Shabbat at their local Wendy’s.

Rachel captures the relationships of this Palm Desert community of seniors through her close relationship with her grandmother, Roberta. This group of 18 to 28 Palm Desert seniors has created an extended family that says the prayers and catches up on gossip – and no one has to clean up.

“Wendy’s Shabbat” is about growing old and finding a place to gather for Shabbat; it is about family, friendship and the legacy 88-year-old Roberta Mahler leaves her grandchildren. Rachel shares her rich relationship with her grandma with the audience, who may become lost in their own memories. Rachel captures the depth of having a relationship with the older generation as she looks at what life is like for this growing world of seniors. The film is a riot.

Rachel has a wide range of experience and connections to tap into. She did her undergraduate work at Claremont College and earned her Master of Fine Arts at the Yale School of Drama. Her Los Angeles Company, 3 Penny Design, has been working on creating three-dimensional collaborations in film, theater design and fine art for years. Her projects have been in television commercials, music videos and live entertainment events.

“Wendy’s Shabbat” is a short film that will remain in your thoughts for a long time.

The following Q&A with Rachel has been lightly edited for clarity and brevity.

You moved to Portland and went to West Sylvan Middle School?

I was just starting seventh grade, and we moved to Portland from Los Angeles. I think it was 1992. I remember being in shock when West Sylvan didn’t close for the Jewish holidays. I told my family I didn’t want to have a bat mitzvah, and I was marched into Cantor Linda Shiver’s office at Neveh Shalom to talk about Jewish identity. I am not quite sure what she said in that conversation, but she stirred something up inside of me that lit a fire of interest in Judaism and Jewish culture that I never had before. After that, I was involved in Jewish youth groups at both the regional and international level. These experiences truly shaped my path in terms of Jewish identity.

Tell me about your Grandma Roberta.

We are very close. She is smart with a sharp wit, abundant loving kindness and a perfect memory. She’s terribly funny. Talking to her feels like chatting with a girlfriend, because she says it like it is. Roberta is an encyclopedia of wisdom, memories and adages. She sees things in me and in others with such clarity. She illuminates the full picture or, in other words, shows me doors inside myself that I don’t see.

It was quite hard for her after my grandfather passed away. They were married for 57 years. She shared with me her vulnerability when she was newly widowed and trying to navigate her own identity after having been married for most of her life. That is when we became friends, as adults.

She’s marvelous, fascinating and exploding with love. I could talk about her all day. Filming the movie was surprising. I felt the challenge of wanting to be protective of her portrayal on film while being honest as a filmmaker, because the film is really about community, the loneliness of aging and how we navigate the prospect of our own mortality while facing the future.

How did going to Wendy’s fast food in Palm Dessert for Shabbat evolve?

Roberta started going to Wendy’s after Jack, her husband, died. They were married for 57 years, and my grandfather had been gone for 10 years. That is a long time to be a couple. A group of senior citizens in her retirement community started the tradition eight years ago, and she found out about it and joined in. There are many couples and being single has been hard for her, but the community of Wendy’s has felt like family and an extended group of friends to see every week to celebrate their religion and share Jewish traditions together.

When did you decide to make a film of this experience?

I had heard about Wendy’s Shabbats for years, and I had attended and taken some photos and thought it would be a fantastic documentary. I shared my idea with friends, who thought it was hysterical and sweet. They encouraged me to make it happen. Working in the film industry made it easy to put a team together. It was mostly a female crew. Jeanne Tyson was my cinematographer. I storyboarded and planned the shot list with my field producer, Juliana Schatz, who helped guide our question formats. We brought our two-member camera team out to Palm Springs for a weekend to do interviews and shoot the Shabbat dinner. After shooting was complete, my editor, Dana Turken, and I organized the narrative. We worked side by side for weeks to land on the lock of our edit for the film.

How long did the shoot take?

We shot in Palm Springs for two days a year ago in December. The edit took several months until we locked the picture and started submitting it to festivals over the summer. We screened it for the first time to members of the Wendy’s Shabbat group who appear in the film.

What have you taken away from such a personal experience filming your grandma and her circle?

It has been very touching to hear feedback from people who have seen the film and identify with the themes of aging and the sweetness of the Shabbat gathering. Our premier was in the Atlanta Film Festival. We are currently in seven film festivals with more to come from Sedona International to Chicago. The reception is immense and positive. On a sadder note, I have learned about the reality of documentary and filmmaking with older subjects. Since shooting in December of 2016, three members of the Wendy’s Shabbat have passed away. I feel honored to have been able to make this film and share their voices on screen, and my heart is full that there is a testament of their lives and my grandmother’s story.

I wanted to be a director when I was in college. I directed at one theater but was deterred by early challenging experiences of being a young woman director that didn’t have the confidence to navigate making the work I wanted on my own terms. I moved into design, which has been a rewarding career that I love. “Wendy’s Shabbat,” which I directed, has reminded me of the possibilities that when the right factors are at play and the right people come together to make something important and are invested, then your imagination and energy are the only limits.

What are your thoughts on your industry’s inequalities in pay, getting the work and more?

I was interviewed for a documentary about “Women in Film” earlier this year. I’ve noticed a changing tide in Hollywood in how they are hiring and interviewing for new work. I feel optimistic for more women storytellers and filmmaking crews to change the shape about whose voices we hear and how stories are told.

What project are you most proud of?

Every project you work on becomes your love and you pour everything into it. Currently, I’m editing my second short film and in the planning and fundraising stages for a feature film I will direct. It also deals with the topic of mortality and has a strong Jewish matriarch. I’m excited about the next steps and journey for that film.

What is your most ambitious project to date?

I designed a giant set in Times Square last year for Crayola that was pretty ambitious and working on the Golden Globes and the Emmys was challenging. What I discovered is whether the project is a 99-seat theater or Times Square, you face the same challenges. Smaller projects like “Wendy’s Shabbat” can be the ones with the biggest rewards.