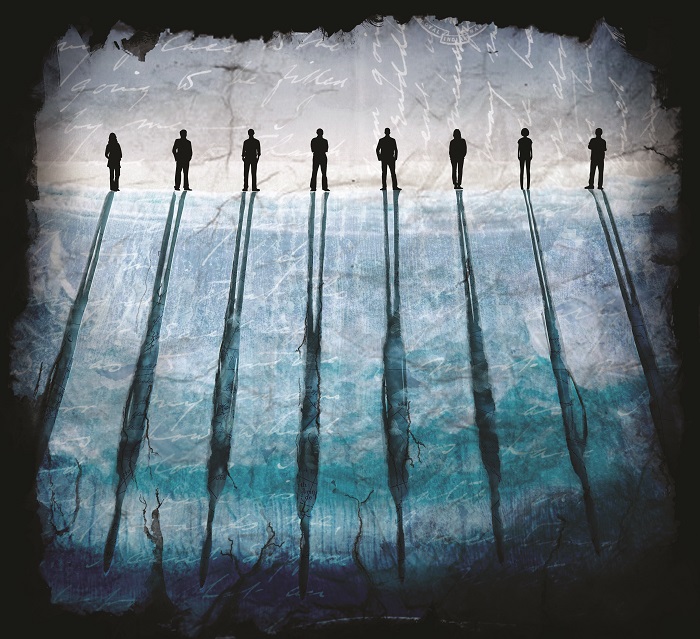 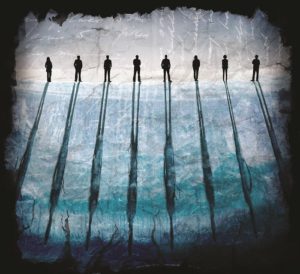 Artists Rep presents the World Premiere of Magellanica, by E.M. Lewis, directed by Dámaso Rodríguez from January 20 through February 18 on the theatre’s Morrison Stage. Magellanica is a five-part epic play written by Oregon playwright E.M. Lewis. This production is made possible through major funding from the Oregon Community Foundation (OCF) Creative Heights Initiative and the Edgerton Foundation New Play Award. Magellanica is a part of Portland’s Fertile Ground Festival of New Works.

In 1986, scientists and engineers from around the world converge at the South Pole Research Station to figure out, among other things, if there really is a hole in the sky. In the darkest, coldest, most dangerous place on Earth, eight imperfect souls are trapped together. Utterly isolated from the outside world for eight and a half months, this research team must face life or death challenges, their own inner demons and depend upon each other for survival.

With epic scope in the tradition of The Kentucky Cycle or Angels in America, this play takes its inspiration from the true story of the discovery of the hole in the ozone layer at the height of the Cold War. Part historical adventure, part love story and mystical foray into the unknown, Lewis has constructed a demanding, five-part epic that tackles issues of political, social and scientific urgency on a global scale. As Lewis says, “It has scientists as heroes. It’s about the importance of truth. It’s about a world that can either tear apart or come together for its own survival.”

“Magellanica falls into that rare category of plays that becomes more relevant with each news cycle,” says Artistic Director and Director of the production Dámaso Rodríguez, “the play grips you from its first moment and the five acts fly by. A piece of this magnitude doesn’t get produced every day, and requires in-depth exploration from all sides.”

Artists Rep is committed to premiering this piece because of its timely importance as tensions mount between the United States and Russia, the clock ticks on the warming planet and divisions widen between cultures. It’s a vital story for today and an extraordinary excursion for audiences to the ends of the Earth.

The scale and complexity of the piece required that Artists Rep seek special “risk capital” for Magellanica, above and beyond the theatre’s typical contributed income. While the play has received developmental work at multiple theatres, no theatre has taken on the challenge of producing it. With a play that extends past the five hour mark and includes a large cast working in multiple languages, Magellanica needed three additional weeks of rehearsal. The technical and aesthetic demands of the design and the narrative structure also add complexity and expense.  The Edgerton Foundation funded the additional rehearsal weeks, and OCF’s Creative Heights Award funded the increased production expense and covers some of the risk the theatre is taking on earned income, as the play’s length dictates a shortened run and fewer performances than a typical play would receive.

Over the last 11 years, the Edgerton Foundation has supported an extended rehearsal process for 385 World Premiere productions. Through this support, many plays have scheduled numerous subsequent productions, with 27 making it to Broadway. Fifteen plays were nominated for Tony Awards, with All the Way, Vanya and Sonia and Masha and Spike, Hamilton, Dear Evan Hansen, and Oslo winning the best play or musical awards. Nine plays have been nominated for the Pulitzer Prize for Drama, with Next to Normal winning in 2010, Water by the Spoonful in 2012, The Flick winning in 2014, and Hamilton winning in 2016.

E. M. LEWIS is an award-winning playwright, teacher, and librettist. Her work has been produced around the world, and is published by Samuel French. She received the Steinberg Award for Song of Extinction and the Primus Prize for Heads from the American Theater Critics Association, the Ted Schmitt Award from the Los Angeles Drama Critics Circle for outstanding writing of a world premiere play, an L.A. Weekly Award for Production of the Year, a Hodder Fellowship from Princeton University, a playwriting fellowship from the New Jersey State Arts Commission, and the 2016 Oregon Literary Fellowship in Drama. Her play Now Comes the Night was part of the Women’s Voices Theater Festival in Washington DC, and was published in the anthology Best Plays from Theater Festivals 2016. The Gun Show premiered in Chicago in 2014, and has since been produced in more than a dozen theatres across the country, including Coho Theatre in Portland, and at the Edinburgh Fringe Festival in Scotland; it was published in The Best American Short Plays 2015-2016.  Other plays by Lewis include: Infinite Black Suitcase, Goodbye, Ruby Tuesday, Reading to Vegetables, True Story, Apple Season, and You Can See All the Stars (a play for college students commissioned by the Kennedy Center). In 2018, Lewis’ epic Antarctica play, Magellanica, will have its World Premiere at Artists Repertory Theatre in Portland.  How the Light Gets In will have a reading in the Fertile Ground Festival.  Song of Extinction will have a reading at the Portland Civic Theater Guild.  And Lewis will spend five weeks in residence at Southern Illinois University at Edwardsville, teaching playwriting and working with students on the workshop production of a big, new political play set in her home state of Oregon called The Great Divide. In addition, Lewis will premiere Town Hall, a new opera written with composer Theo Popov, at the University of Maryland Opera Studio in February, and continue to work on a full-length, family-friendly opera, written with composer Evan Meier, commissioned by American Lyric Theater, called Sherlock Holmes and the Case of the Fallen Giant.  Lewis is a proud member of LineStorm Playwrights, ASCAP, and the Dramatists Guild.

DÁMASO RODRÍGUEZ is in his fifth year as Artistic Director of Artists Repertory Theatre. In 2001 he co-founded the Los Angeles-based Furious Theatre Company, where he served as Co-Artistic Director until 2012. From 2007-2010 he served as Associate Artistic Director of the Pasadena Playhouse. His directing credits include work at Artists Rep, Playwrights’ Center, the Pasadena Playhouse, Intiman Theatre, South Coast Repertory, Laguna Playhouse, A Noise Within, The Theatre@Boston Court, Naked Angels and Furious Theatre. Rodriguez is a recipient of the Los Angeles Drama Critics Circle Award, the Back Stage Garland Award, the NAACP Theatre Award and the Pasadena Arts Council’s Gold Crown Award. His productions have been nominated for multiple LA Weekly Theatre Awards and LA Stage Alliance Ovation Awards. In 2012, Rodriguez was honored by the Stage Directors and Choreographers Foundation as a Finalist for the Zelda Fichandler Award. He is a member of the Stage Directors and Choreographers Society (SDC).

'MAGELLANICA' has no comments