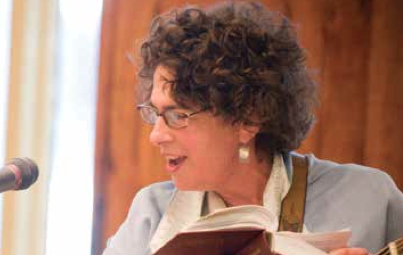 The first program funded by the Emily Georges Gottfried Fund is a black/Jewish dialogue, which began on Feb. 6 with the first in a series of four planned sessions. The dialogue was a fitting first recipient to be selected by the fund named in memory of Emily Gottfried, z”l, who created and led numerous programs to enhance cross cultural understanding during her tenure as executive director of the Oregon Area Jewish Committee.

“Emily was a major link between the Jewish community and other communities,” says Jeff Gottfried, Emily’s husband. “We are seeking proposals for interfaith and intergroup projects that promote mutual understanding.”

The first session of the dialogue brought together eight representatives from each community: the Jewish participants are all members of the Community Relations Committee of the Jewish Federation of Greater Portland; the African-Americans occupy various leadership positions in their community. CRC Director Bob Horenstein says, “The purpose of the dialogue is to get to know one another, dispel stereotypes or misconceptions we hold about one another and build or even rebuild bridges between our two communities that have a history of collaboration.”

The second program to receive a grant is also very appropriate. The 15th Annual Community Intergroup Passover Seder, which Emily led for many years, is being funded in part by her fund.

“In addition, we are funding tickets for non-Jewish guests who might not be able to come otherwise,” says Emily’s sister Andra Georges, who administers the fund with other family members.

This year’s seder will be led by Rabbi Rachel Joseph and Cantor Ida Rae Cahana from 6 to 9 pm, April 8, at the Mittleman Jewish Community Center. Dinner and ceremonial foods will be served. Cost is $22; for reservations, call 503-295- 6761 or email info@oajconline.org by April 1.

The Emily Georges Gottfried Fund was founded to remember Emily’s work and to honor the relationships she developed over a lifetime of interaction with people of many beliefs and backgrounds. The fund provides support to organizations that seek to reach out to and dialogue with other communities with religions, beliefs, customs and traditions different from their own for the purpose of mutual understanding and respect. The fund stands for justice, equality and the importance of open dialogue – the guiding principles of Emily’s life’s work.

Emily’s Fund encourages organizations to think creatively about ways to talk, work, learn and play with other communities. To apply for a grant, send name and contact information for the organization, a short description of the program to be funded and a rough budget to andra@emilysfund.org. For more information, visit emilysfund.org.