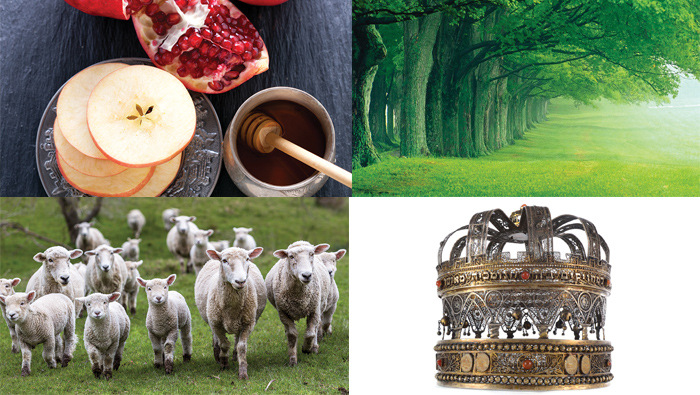 2 – THE NEW YEAR FOR TREES
Tu B’Shevat, the New Year for the Trees, is often called the Jewish Earth Day. The holiday has been adopted by environmentalists. What began as a day to mark the age of fruit trees for tithing purposes has become a day devoted to honoring trees. As Jews, our tradition instructs us to care for the Earth. In the classic environmental call to arms, Earth in the Balance, then Senator Al Gore points out that while Genesis grants humanity dominion over the planet, we are also responsible for being good stewards of the Earth.

Planting trees and Tu B’Shevat seders have become the most common ways to celebrate the holiday. The seder includes fruits, nuts and wine. Just as in the Passover seder, the meal is accompanied by four cups of progressively darkening wine. The Kabbalists in Safed in the 17th century introduced the custom of the four cups of differently colored wine to the Tu B’Shevat seder, going from white, to rose, to light red, to dark red (symbolizing the ripening of the natural cycle). Each cup of wine is blended from red and white wines. White wine represents nature in potential; red wine represents nature in full bloom.

3 – NEW YEAR FOR ANIMALS
Richard H. Schwartz, president emeritus of Jewish Vegetarians of North America (JewishVeg.com), proposes reclaiming the New Year for Animals with a similar pro-earth focus. (See related story page 36)
“Renewing this holiday as a Rosh Hashanah LaBeheimot (a New Year for Animals) is an idea whose time has come,” writes Schwartz. “Observing the holiday would increase awareness of Judaism’s powerful teachings about compassion to animals. These include: “God’s compassion is over all His works [including animals] (Psalms 145:9); “the righteous person considers the lives of his or her animals” (Proverbs 12:10); the great Jewish leaders Moses and King David were deemed suitable to be leaders because of their compassionate care of sheep when they were shepherds; farmers are not to yoke a strong and a weak animal together nor to muzzle an animal while the animal is threshing in the field; the Ten Commandments indicates that animals, as well as people, are to rest on the Sabbath day; and much more, summarized in the Torah mandate that Jews are to avoid tsa’ar ba’alei chaim, causing any unnecessary “sorrow  to animals.”

4 – NEW YEAR OF KINGS
The fourth and least celebrated New Year, is actually the “first month” of the Jewish calendar. Before the Exodus from Egypt the Israelites were told: “This month [the month of Nisan] shall be for you the first of the months” (Exodus 12:2). Passover, which celebrates the formation of the Jewish people as a nation through their redemption from Egyptian slavery, is marked on the 15th of Nisan. It is the month that led to the birth of the Jewish nation; thus Nisan is the New Year for the purpose of counting the reign of kings of Israel.