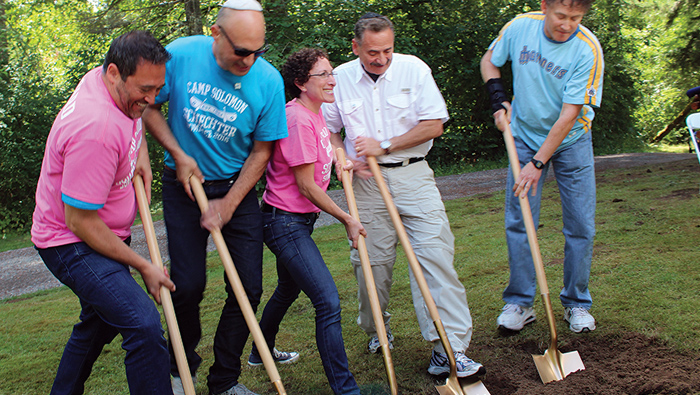 On July 10 a formal groundbreaking ceremony at Camp Solomon Schechter launched the start of major construction at the camp. From 60 to 120: The Campaign to Build Jewish Continuity is a $12 million multiyear project, beginning this fall, to refurbish the camp’s facilities over the coming years.

But this campaign is about so much more than buildings. Talking about enhancing this cherished camp for the Pacific Northwest community, CSS Executive Director Sam Perlin said, “camp is kids … (and) Schechter is also about adults. That’s because it’s not just a summer experience or a school-years’ experience. As we have found, it’s a lifelong experience.”

The facility currently hosts more than 500 campers and staff each summer and is used during the year by the Osprey Camp program, which works primarily with distressed school districts in Southwest Washington to provide students with a powerful application of science concepts as they live and learn in the outdoors. It also provides a unique rental venue for schools, nonprofits, governmental organizations, tribes and individuals to have conferences, retreats and special events.