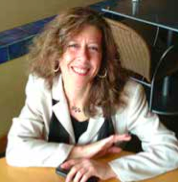 Anita Belil joins Cascadian Group in Bend
Cascadian Group, LLC, in Bend, hired Anita R. Belil March 24 as the firm’s director of marketing engagements. Anita’s responsibilities include business development and marketing services for the firm and marketing consulting for Cascadian Group clients.
Cascadian Group, LLC is a private firm dedicated to venture development, executive management and marketing consulting, and M&A support.
Anita brings to Cascadian nearly 30 years of experience in marketing services and marketing project management attained with companies in a variety of fields, including banking, not-for-profit, insurance and media.
Before joining Cascadian Group, Anita spent two years as vice president/marketing officer with Bank of the Cascades in Bend. Anita also has held assistant vice president and marketing manager titles at various east coast banks and credit unions and has been promotion manager (advertising sales) for Forbes and Business Week magazines in New York City.
Anita grew up in central New Jersey and lives in Bend. She earned a bachelor of arts degree, with honors, in communications from Rowan University, New Jersey. She is involved with the Jewish Community of Central Oregon Sisterhood, helping with events and the Temple Shalom Bayit gift shop. In her free time, Anita enjoys running her 4-acre ranch with her husband, playing flamenco and classical guitar, skiing, dance and world travel.
541-280-8017 anita.belil@cascadiangroup.us

Steven Wilker argues for ACLU in Supreme Court
Steven Wilker appeared before the U.S. Supreme Court in March to argue a political viewpoint discrimination case on behalf of the ACLU of Oregon. This First Amendment case involves demonstrators who were moved by the Secret Service from a presidential campaign stop, while the pro-Bush crowd got to stay, implicating constitutional free speech rights.
Steven is a partner at Tonkon Torp LLP, where his practice focuses on complex commercial litgation, intellectual property and media law. He is actively engaged in the community with the Lawyers Committee for the ACLU and as vice chair of Metropolitan Family Service.
Wilker, his wife, Lainie, and daughters, Hannah and Callie, are members at Temple Beth Israel, where Hannah will become a bat mitzvah in May. Steven graduated from the University of Pennsylania, cum laude, and received his law degree from UCLA, Order of the Coif. After law school, he clerked for United States District Judge Stephen V. Wilson in Los Angeles and Justice Edwin J. Peterson of the Oregon Supreme Court, before joining Tonkon Torp in 1992.
tonkon.com

Laurie Fendel joins MJCC program staff
Laurie Fendel became special events program manager of the Mittleman Jewish Community Center at the end of March. She will create events with a Jewish theme, as well as programs for all age groups in the area of culture and the arts.
Previously Laurie taught elementary grades in Beaverton schools for 30 years, had two books published by Harper Collins on self-esteem, and owned a national franchise of Interiors by Decorating Den for eight years. She has been a fabric artist for more than 30 years and leads a Simcha singing group. She has led a Rose Schnitzer Manor study group on Mussar (Jewish ethical behavior).
“My husband George and I are avid lovers of jazz along with our mini schnauzer Charlie Parker,” says Laurie. “I will be looking to network – finding people with special talents to lead programs. I encourage anyone to contact me with ideas for programing or events or resources for events.”
503-244-0111 lfendel@oregonjcc.org