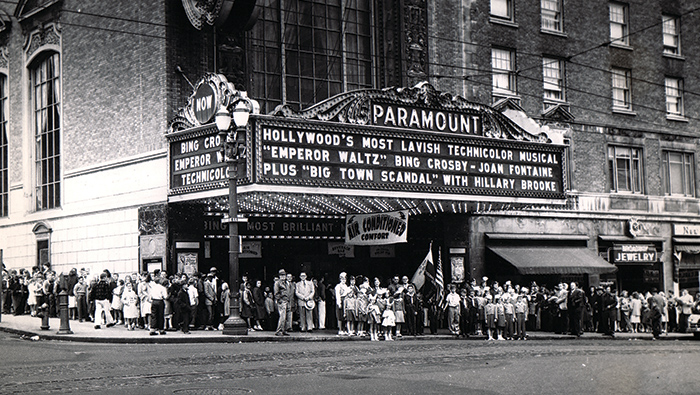 THE ARMORY
Originally built in 1891, the building was reborn as the Gerding Theater at the Armory on Oct. 1, 2006. Widely noted as the “crown jewel” of the Brewery Blocks redevelopment, The Armory’s renovation also earned it the distinction of being the first historical renovation of a performing arts venue in the world to achieve a Platinum LEED certification. The Armory is now the home of the Portland Center Stage, which launched in 1988 with performances at the Portland Center for the Performing Arts.

Above: The Armory in 2008. Photo by Josh Oakhurst

PORTLAND ART MUSEUM
Founded in 1892, the Portland Art Museum is one of the oldest art museums in the United States and the oldest in the Pacific Northwest. The Museum’s current location opened to the public on Nov. 18, 1932, at the corner of SW Park Avenue and Jefferson Street. The building was designed by world-reknonwed Portland architect Pietro Belluschi. The Museum’s 2.5-block campus now includes the modernist-style Belluschi Building, the historic Mark Building, and an outdoor sculpture court.

ARLENE SCHNITZER CONCERT HALL
As one of the last surviving theater venues on Broadway, the Arlene Schnitzer Concert Hall keeps the tradition of hosting prolific performances alive in this historic part of Portland.

The building that now houses what locals call “The Schnitz,” originally the Portland Public Theatre built in 1928, and later renamed the Paramount Theatre. The Italian Rococo Revival architecture was beautifully restored and in 1984 reopened as the Arlene Schnitzer Concert Hall, which hosts classical, jazz, pop, rock, folk and gospel music, as well as dance, theater, travel films and lectures.

Below: A 1948 shot of the Schnitzer when it was called the Paramount. Photo by Don Leas
Left: The 65-foot Portland sign returned to the building in 1984; the sign was restored during the summer of 2017. Photo by Jason Quigley

OREGON SHAKESPEARE FESTIVAL
Founded in 1935 by Angus L. Bowmer, the Tony Award-winning Oregon Shakespeare Festival is among the oldest and largest professional nonprofit theatres in the nation. It traces its roots to the Chautauqua movement, which brought culture and entertainment to rural areas of the country in the late 19th century. Ashland’s first Chautauqua building was erected in 1893. In 1917 a round, dome-covered structure was erected in the place of the original Chautauqua building.

ANTOINETTE HATFIELD HALL
Formerly known as the New Theatre Building, Antoinette Hatfield Hall is home to the Portland’5 Box Office, the ArtBar & Bistro, and the Newmark, Brunish and Winningstad Theaters. It is named in honor of Antoinette Hatfield, wife of former U.S. Senator and Oregon governor Mark Hatfield. The new center was completed in 1987 at the corner of Broadway and Main streets across from the Arlene Schnitzer Concert Hall. Above: Hatfield Hall. Photo by Jason Quigley

HULT CENTER EUGENE
The Hult Center for the Performing Arts opened in Eugene 35 years ago on Sept. 24, 1982. Opening night rivaled the celebration that broke out when supporters learned voters passed a 1978 bond measure to build the center. Twice before – in 1972 and 1973 – similar bond measures were soundly defeated. The Hult Center is the premier performing arts venue in Eugene, where ballet, opera, Broadway shows and concerts find a home.
Below: The Hult Center in Eugene shortly after its opening in 1982.

ARTISTS REPERTORY THEATRE
Established in 1982, Artists Repertory Theatre moved into its Alder Street space in 1997. The former Eagles Hall (built in 1976), now features a 220-seat black box theatre, administrative offices, a green room and dressing rooms, set-building shop, wardrobe room and rehearsal hall. In 2004, Artists Rep purchased the entire city block and opened the Morrison Stage the next year. Artists Rep’s ArtsHub program offers a home within the facility to a diverse range of artists and a dozen arts organizations.

OREGON JEWISH MUSEUM AND CENTER FOR HOLOCAUST EDUCATION
OJMCHE’s new home opened in June 2017. It include galleries for national and international exhibitions and space for core exhibitions that anchor the museum: Discrimination and Resistance, An Oregon Primer, which identifies discrimination as a tool used to affect varied groups of people over the history of this region; The Holocaust, An Oregon Perspective, a history of the Holocaust that employs the stories of Oregon survivors; and Oregon Jewish Stories, that examines Oregon Jewish life and the historical influences that made a distinctive Jewish identity possible. The facilities also include an auditorium, gift shop and Lefty’s Café with Jewish inspired fare.

Above: OJMCHE Director Judy Margles and Guest Curator Bruce Guenther in front of the Museum before its June 2017 opening. Photo by Benjamin Ariff 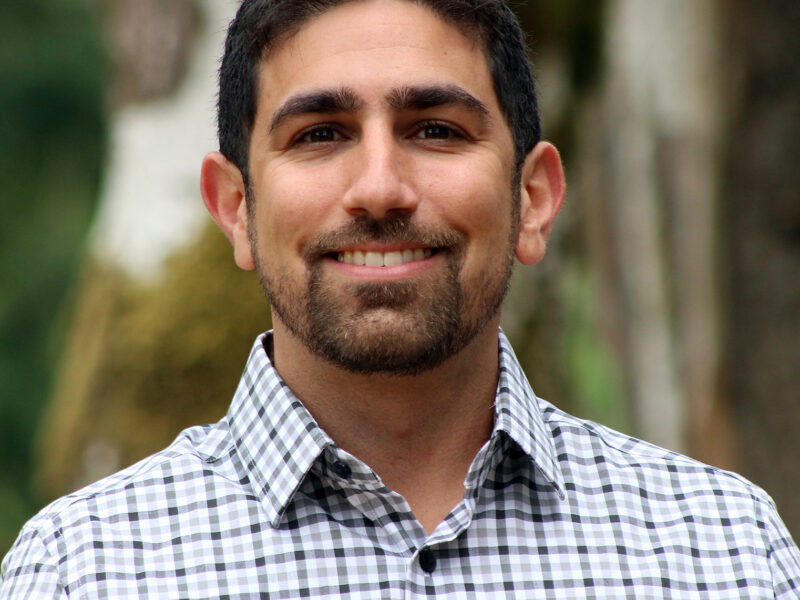 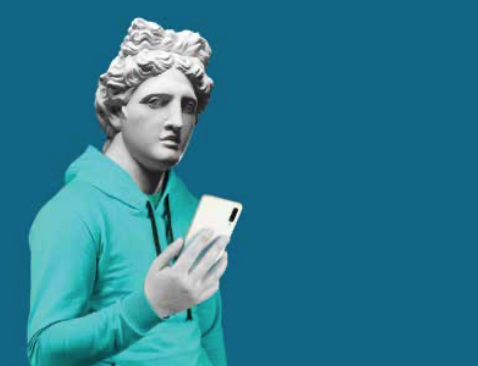