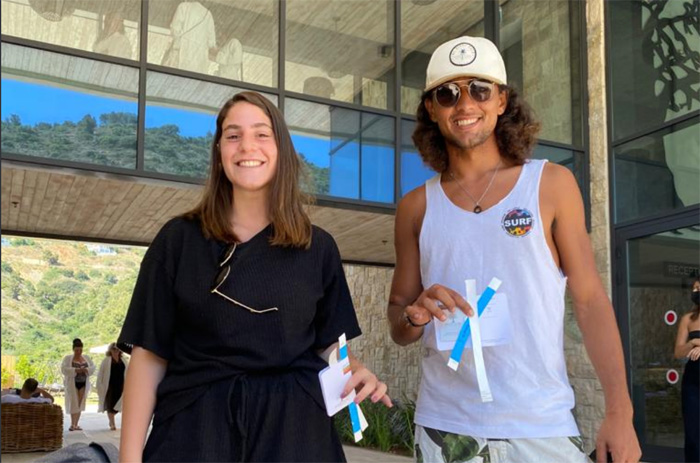 Amid the massive rocket attacks on Israeli people from Gaza in the past week, the New York-based nonprofit Belev Echad has already placed 17 Israel Defense Forces (IDF) veterans with PTSD and their families, who live within the range of Hamas rockets, in hotels in Northern Israel to find refuge from the sounds of sirens and rocket explosions. These soldiers have been sent to hotels in the cities of Tiberias, Haifa and Netanya, and 10 additional soldiers and their families are in the process of being relocated in the coming days, as Operation Guardian of the Walls continues.

As Belev Echad is in the process of sending as many more soldiers as possible to hotels in the North, it invites all who would like to support their urgent mission to visit HERE and make a donation.

Among the veterans who recently received support is Ashdod native Staff Sgt. (Res.) Pini Fasil Damsiy (28), who was injured in 2014 during his IDF Border Patrol service by a bomb in the city of Bethlehem in the Palestinian authority. Damsiy has spent the past few days with his wife and young daughter inside the shelter under extreme anxiety. Thanks to Belev Echad, he has been able to temporarily relocate to the Island Hotel in Netanya.

“Not many people are aware that the thousands of rockets being launched at Israeli civilians are causing former IDF soldiers with PTSD from their service a lot of suffering and restless nights,” said Rabbi Uriel Vigler, co-founder of Belev Echad. “We are proud to be able to offer these deserving heroes refuge from these challenging days, and will continue to support as many more soldiers as we can. This is the minimum we can do to show them our gratitude.”

Sgt. (Res.) Sha’ar, who served in the IDF artillery sustained a severe head injury in 2018 during training next to the Gaza strip. A Kornet antitank missile launched by Hamas exploded next to him. He was transferred to Soroka Medical Center and has been undergoing rehabilitation to this day.

Sgt. (Res.) Landau, who served in the IDF Border Patrol fell from a wall and crushed her left leg during a nighttime operation in a hostile Palestinian town. She received a metal implant in her leg and was unable to walk for half a year. She is still undergoing treatment and physical therapy to recover from her injury.

“In the days before we moved to the hotel, we experienced so many sirens and missile explosions which filled me with fear and heightened anxiety and made me feel like I was once again on the battlefield,” said Sgt. (Res.) Landau Landau. “Only when we reached the hotel, surrounded by nature and an open landscape, was I able to have a moment of peace. I am so grateful for this amazing gesture.”